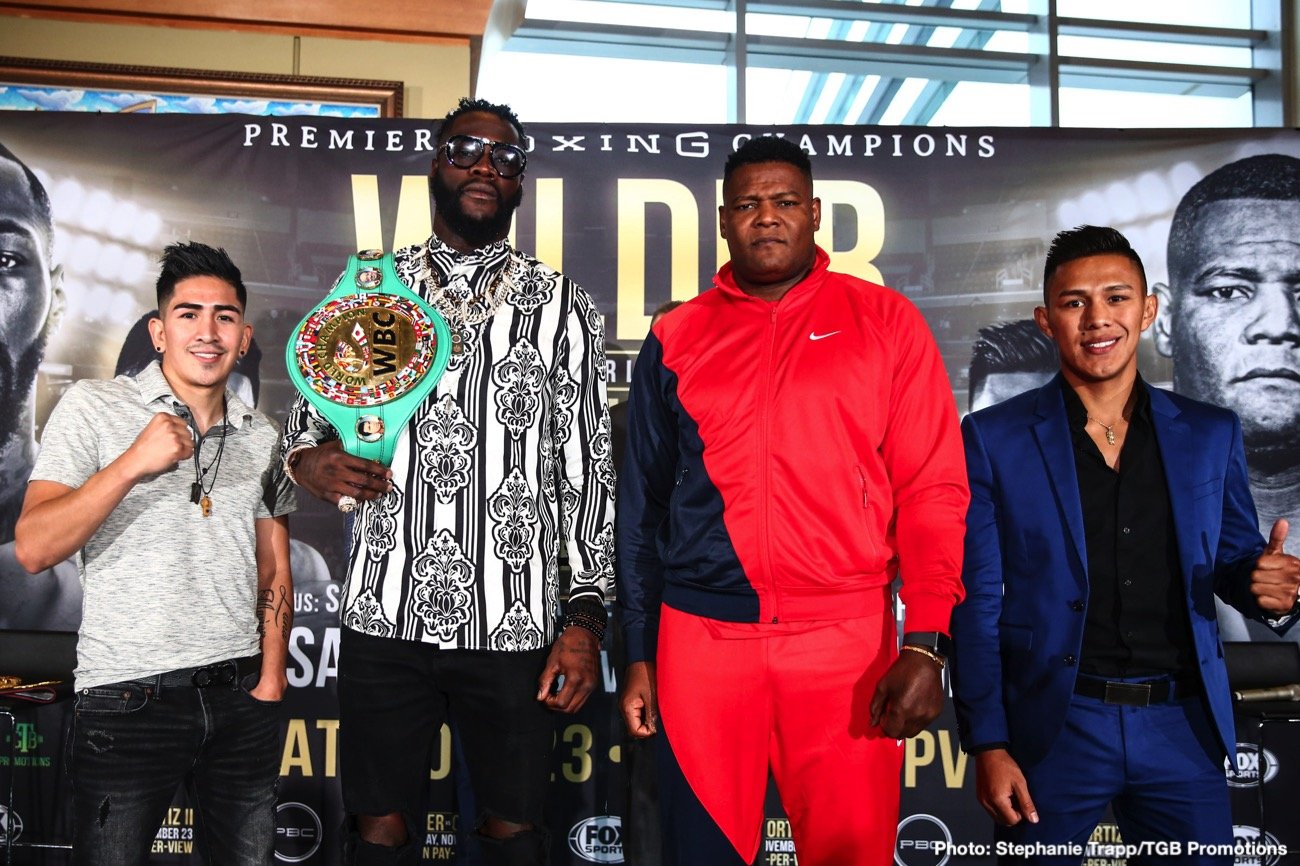 It’s the second most interesting world heavyweight title fight set for the remainder of 2019, second only to the huge Saudi Arabian rematch showdown between Andy Ruiz and Anthony Joshua, and Deontay Wilder Vs. Luis Ortiz II will be shown live on Sky Sports. To go out on regular Sky Sports, not Box-Office, the November 23rd battle will likely prove worth staying up for (the fight, set for Las Vegas, to begin around 4 or 5am UK time).

The first slugfest between Wilder and Ortiz, back in March of last year, saw WBC heavyweight ruler Wilder tested harder and fiercer than ever before. Finally overcoming the Cuban lefty in the tenth-round of a drama-filled battle, Wilder won over many of his critics. Now the longest reigning heavyweight champ on the scene – it’s almost five years since Wilder decisioned Bermane Stiverne to take the green belt, this win coming in January of 2015 – Wilder is promising to KO Ortiz much faster and more impressively than he did in their first fight.

“The first fight with Luis Ortiz was a Fight of The Year candidate and this one will be nothing less. I’m going to knock out Luis Ortiz on November 23rd,” Wilder, 41-0-1(40) told Sky sports. “I love my UK fans and I am happy for my company BombZquad Promotions to bring this great fight to you on Sky Sports.”

Ortiz, 31-1(26) has reeled off three decent enough wins since losing his unbeaten record to Wilder, and though he is older than dirt (some people suggest Ortiz may have reached his half century), “King Kong” is dangerous. As Wilder has been at pains to point out more than once, no other big-name heavyweights are willing to risk taking a fight with the Cuban.

Wilder may be taking a needles risk himself, seeing as he did not have to fight Ortiz a second time. Wilder, who turns 34 on Tuesday (Oct. 22) is the favorite to win, and as hard as he hits, another quick KO, perhaps one similar to his destruction of Dominic Breazeale, is entirely possible. But plenty of fans feel there will be a speed-bump in the road, or maybe more than one, for Wilder before he gets the W.

For however long the rematch lasts, Wilder-Ortiz II promises to be lively indeed.

Prediction: Wilder takes a few shots, is briefly wobbled, before he takes out Ortiz in impressive fashion in the third-round.