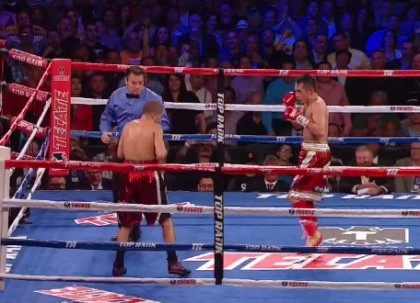 We have seen fights like this, when Donaire, Jr. faced Rigondeaux on April 13, 2013 for example. The Filipino icon has always had problems with a fighter who has a little bit the style of Manny Pacquiao, who is a is quick and aggressive fighter. If Donaire wants a rematch against the Cuban boxing star, he should do much better than what he had shown tonight.

According to some of Donaire’s fans, this win is for the people of Samar and Leyte in the Philippines who were affected by super typhoon Haiyan last Friday, especially for the thousands of people who have lost their lives.