Skip to content
Manny Pacquiao has proven once again that he is one of the best boxers in the world when he dominated Timothy Bradley in a twelve action fight at the MGM Grand Arena in Las Vegas, Nevada tonight.

Bradley has said before their anticipating rematch that he would deliver a lot of punches and move around well in the ring in order to convince judges’ decisions. This is true. Bradley has delivered a lot of shots and some these have connected well, but because of Manny’s power and speed, bradley has come short and did not win.

However, Bradley has gotten the respect that he wanted to earn after contemplating a suicide after his highly controversial win against Pacquiao years ago. Although he lost to the Filipino champ, he came to fight and gave his best, but Pacquiao has repelled his attacks. 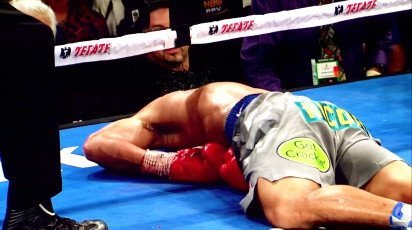 According to Pacquiao’s interview with Lee Hawkins, he is demanding a rematch against Marquez. He told, “If he (Marquez) wants, I want that fight to happen, because you know, I’m about to finish him in our last meeting.” 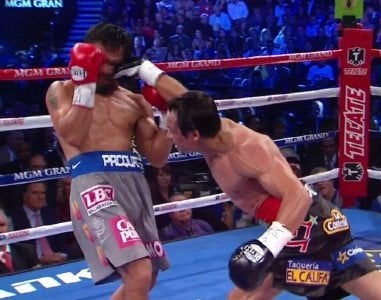 There are two boxers who would certainly destroy Juan Manuel Marquez’s career – Floyd Mayweather Jr. and Timothy Bradley. These unbeaten American fighters would retire the Mexican boxing superstar at his early forties.

Most boxing fans knew that Marquez was best known when he defeated a former pound-for-pound king Manny Pacquiao last years by knockout. It was his most memorable win ever since he started his professional boxing career.

However, Marquez’s experience and background in the sweet science are now questionable according to a lot of people who want to see another fight with Pacquiao. Boxing fans also say that the Mexican boxer is avoiding for two simple reasons:

Firstly, Pacquiao will bounce back and hurt him so bad just the way Marquez did to him. 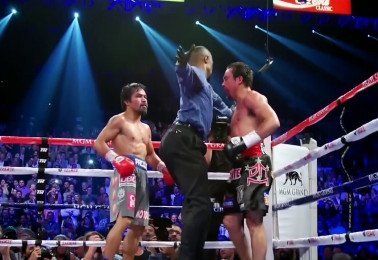 Floyd Mayweather, Jr., an undefeated American boxer, who is considered by many as an all-time-great fighter in the world, has no intention to fight his top contender Manny Pacquiao.

When reporters asked Mayweather about a possible matchup against the Filipino superstar, he would suddenly avoid the topics. It seemed he did not want to meet Pacquiao in the ring, and he was sick hearing the name “Pacquiao, Pacquiao…”

Yes, it looked as though he was contented to handpick his opponents. He was satisfied to give lessons to the neophytes in boxing. He didn’t even care if people called him “Duck.” Duck means ducking Pacquiao.