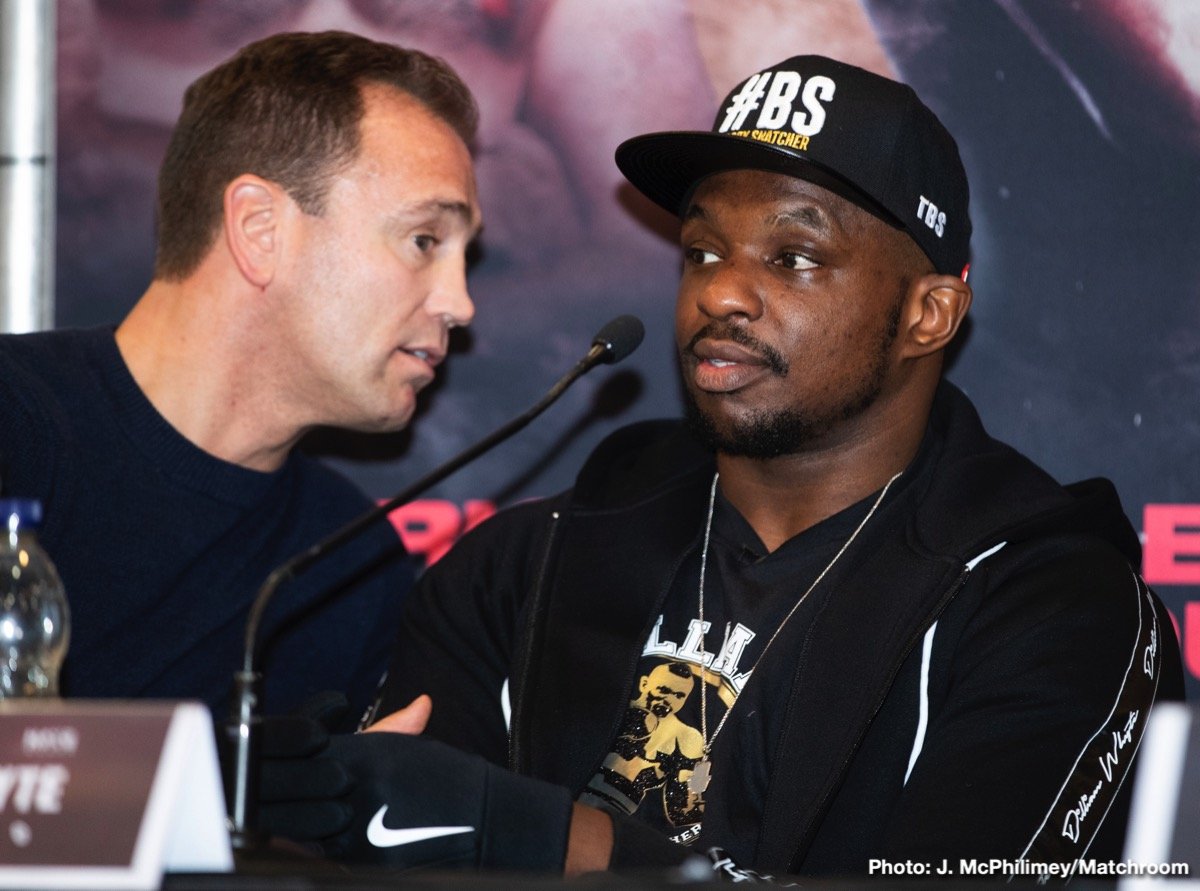 It’s tough not to feel a good deal of sympathy for British heavyweight contender Dillian Whyte. The hard-working, highly ranked warrior has more than earned a shot at a world title – in fact it could certainly be argued that Whyte, winner of his last nine fights, is THE most deserving heavyweight out there when it comes to a world title crack – and yet he simply cannot seem to get his hands on one.

This year, Whyte has lost out on a shot at Anthony Joshua (in what would have been a rematch of a thrilling December 2015 battle) and now, with the WBC ordering champ Deontay Wilder to face Dominic Breazeale – a man who Whyte is ranked ABOVE in the WBC rankings – he has lost out again. Okay, it could be argued how Whyte should have taken the second, improved offer Eddie Hearn presented him with for that shot at AJ, but Whyte insists he knows what he’s worth and he was not going to take anything less.

Now, with his fight with Breazeale out (this was a bout that was previously ordered by the WBC, for the interim title, the order coming at a time when everyone thought Wilder and Tyson Fury would fight their return fight next), where does Whyte go? There is talk, from Hearn, that Whyte will top a July 13 card in the UK, against TBA, but perhaps Joseph Parker in a return. There is too, plenty of talk circulating around the various boxing web sites that says Whyte is close to signing a big deal with Top Rank/ESPN – just like Fury did a few weeks back.

Bottom line: Whyte deserves his shot at the ultimate prize, and he deserves it more than men who are getting a world title shot this summer. Whyte’s patience must have almost evaporated by now. A victim of boxing politics? In terms of losing out on the Breazeale fight and how he lost out on it, Whyte could certainly be called that. Let’s wait now and see, will he remain in the UK and fighting on a Hearn show in the summer, or will Whyte be headed to the US and a big fight or fights there?