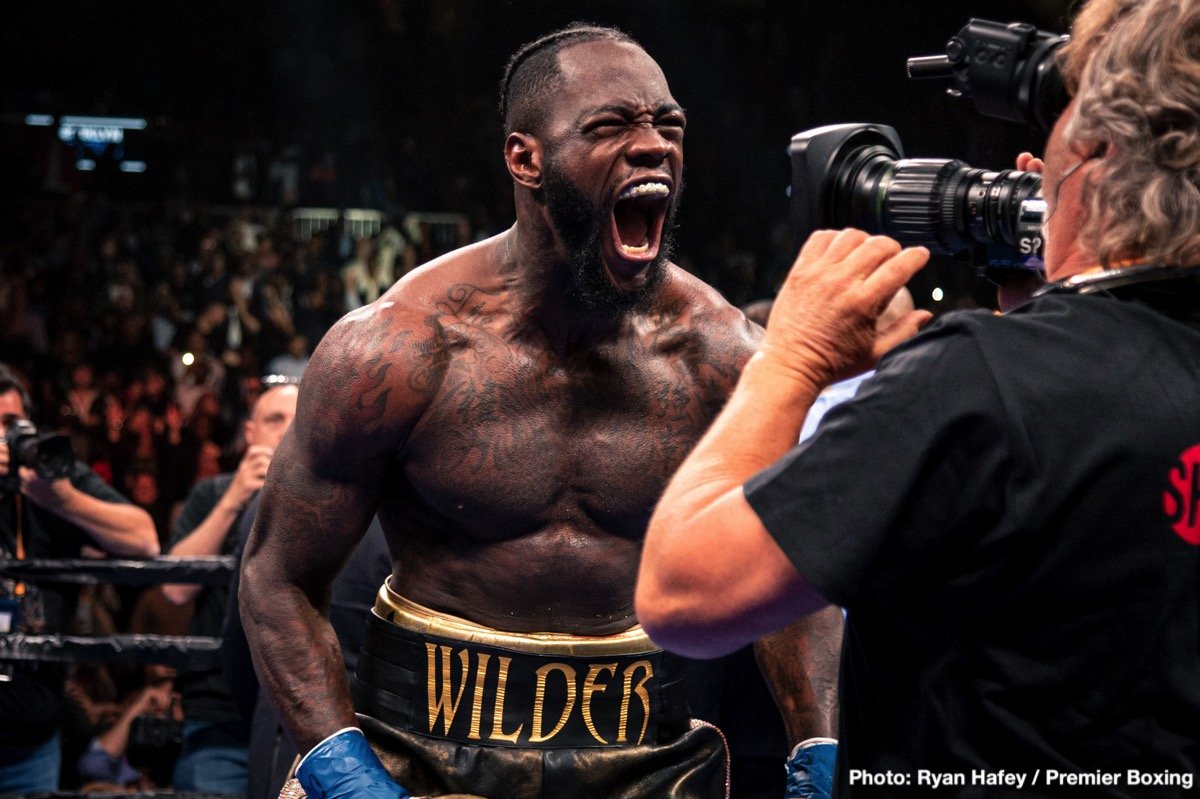 Finally, we have some positive news regarding Deontay Wilder. Malik Scott has posted a photo of the two together in the gym, the social media post having the words, “Great session tonight, comrade, it’s game time,” attached, written by former foe turned Wilder trainer Scott. Wilder appears to be in great physical condition in the photo. Now that we know the former WBC heavyweight champion is back working, talk has turned to his possibly imminent ring return.

As fans know, it’s been over 14 months since “The Bronze Bomber” fought and we all know what happened in Las Vegas in February of 2020 when Wilder had his return meeting with Tyson Fury. A lot has happened since. Wilder has sacked co-trainer Mark Breland, he has accused Fury of all manner of things, and he has been all but invisible. But now, at least, we know he’s in the gym.

When, as opposed to if, Wilder returns to the ring, it will be a big deal. There will be plenty of fan attention, with all of us wondering what Wilder has left, if he can climb the mountain once again. Though a rematch with Fury looks all but impossible (Fury has vowed to never fight Wilder again, this due to the accusations of cheating Wilder threw his way), Wilder won’t have too much trouble landing a big fight. If he can come back with a successful performance in his first fight back, that is.

Just who might Wilder, 42-1-1(41) fight when he does climb through the ropes again? Wilder has had his name linked with fighters such as “Prince” Charles Martin, Adam Kownacki, and Andy Ruiz Jr. Either of these fights would be welcome as Wilder’s comeback fight. Time, however, might not be on Wilder’s side. Wilder is 35 now and it could prove to be a tough task for him to “show his greatness” in reaching the top again, as he says he will.

But that withering power isn’t likely to have gone anywhere and in boxing, all it takes is a couple of impressive, eye-catching KO’s, and a heavyweight is right back in favor with the fans. Fury has said more than once that Wilder, “flattens any heavyweight in the world except me.” Maybe.

Whether you like Wilder or not, his ring return will be something you will find very hard to avoid. We WILL watch when Wilder fights.