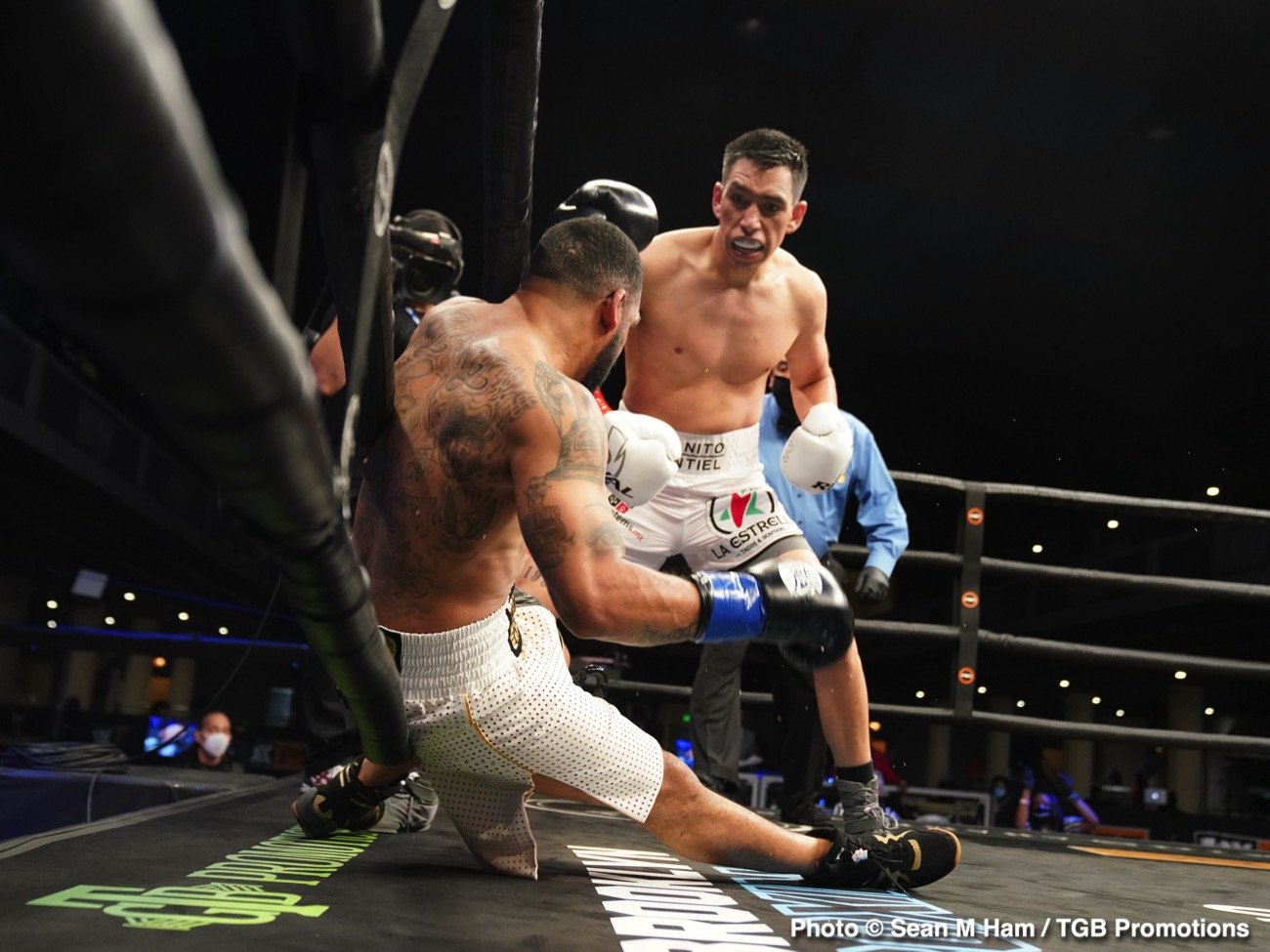 A former Cuban amateur star, the southpaw Morrell, now hailing from Minneapolis, came out throwing fast, accurate and powerful combinations from round one and almost immediately had Gavronski, from Bellevue, Washington, staggering groggily around the ring. Morrell finally dropped the dazed Gavronski for a nine-count with a fearsome combination of shots at the end of the first round. 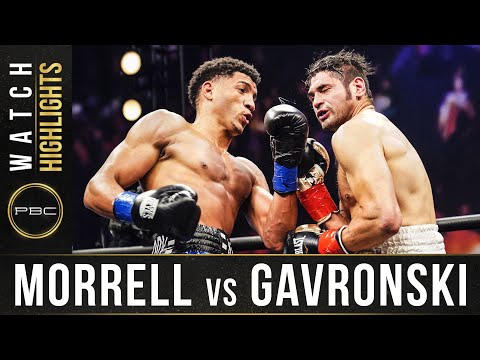 The relentless attack continued in rounds two and three, as Morrell delivered an array of power shots. After a final clean uppercut sent Gavronski’s head snapping back, Referee Jack Reiss had seen enough and waved it over at 2:45 of round three.

Through the almost eight minutes of action, Morrell threw 208 punches and landed 102 of them, according to CompuBox.

Within the first 30 seconds, Montiel sent Kirkland down with a left hook to the temple and put him down again soon after with a follow-up series of uppercuts and left hands. An unsteady-looking Kirkland rose for the second time, looking to continue fighting, but was sent back to the canvas for the third and final time from a strong barrage culminated by a Montiel right hand. Referee Jerry Cantu waived off the fight and awarded Montiel the upset victory. 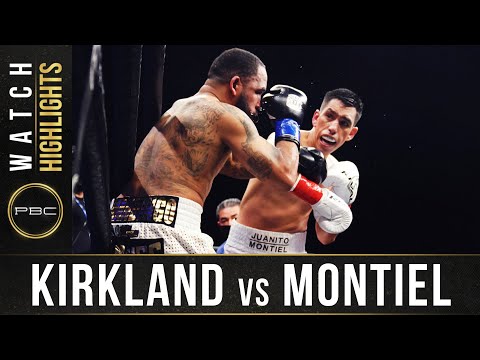 Ramos, a heavy-handed southpaw from Casa Grande, Arizona, took two rounds to size Nelson before moving in for the kill. The 19-year-old slugger’s bodywork investment allowed him to set up a hard overhand left that sent Nelson down late in round three.

In round four, more bodywork from Ramos, mixed with thudding shots to the head, took the rest of the fight out of Nelson as he slumped to the canvas. With little chance of turning things around, Nelson’s corner indicated to referee Ray Corona that their man was finished after the round. The official verdict was a knockout at the end of the fourth round. 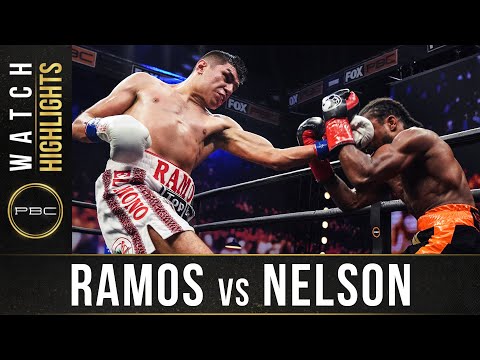 In a super bantamweight showdown on the broadcast, between Tuscaloosa, Alabama’s Travon Lawson (4-0, 3 KOs) scored a surprise upset knockout over 18-year-old prospect Angel “AK-47” Barrientes (4-1, 3 KOs) in the fourth round.

Moving around the ring and firing hard punches from a distance, Barrientes, from Las Vegas via Honolulu, controlled much of the first three rounds. But in round four, the 31-year-old Lawson came out swinging for the fences, and a surprise series of clean right hands snapped Barrientes’ head back violently and sent him to the canvas hard. Barrientes rose to his feet and indicated he’d like to continue, but referee Eddie Hernandez Sr. waved the fight off at 55 of the fourth. 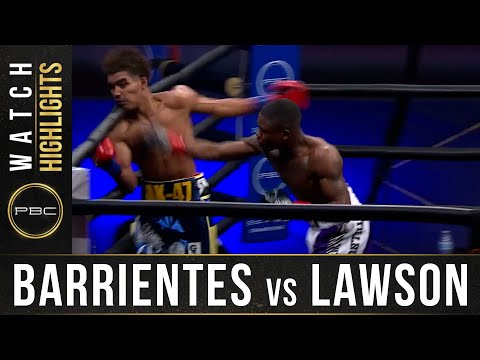 More action on FS1 featured 18-year-old super bantamweight prospect Chávez “The Beast” Barrientes (5-0, 4 KOs), from Las Vegas via Honolulu, remaining undefeated with a third-round knockout over Columbia, South Carolina’s Paul Carroll (4-2, 4 KOs). Barrientes sent the determined Carroll down with a right uppercut in the third and then battered him around the ring for the remainder of the round. With cautionary guidance from Referee Eddie Hernandez Sr., Carroll’s corner elected to stop the fight.

Unbeaten welterweight Radzhab Butaev (13-0, 10 KOs) returned to action with an impressive third-round body-shot knockout over Terry Chatwood (9-1-1, 5 KOs). After two competitive rounds, Butaev, from Indio, California via The Republic of Dagestan, Russia, upped the intensity in the third and saw immediate results. From Littlerock, Arkansas, Chatwood was visibly hurt by the perfectly placed liver shot and did not attempt to rise. Referee Jerry Cantu reached the count of 10 at 1:01.