David Haye, along with a good few other people, has insisted that if Tyson Fury really is retired then he should vacate the WBC title he still currently holds. Haye, speaking with IFL TV, said that he himself, when he knew he was making the move up to heavyweight, instantly vacated the three cruiserweight belts he had won. But Fury, who is adamant when he speaks to anyone that he is retired – “me and boxing are kaput,” he said a while back – has done no such thing.

This, Haye says, proves Fury is “not retired.”

“He’s not retired. Have they taken his WBC title off him? (not yet) Then he’s not retired,” Haye said. “When his WBC title is taken off him, he’s retired – he’s currently the ‘current’ WBC heavyweight champion of the world. If he’s retired, give up the WBC belt. Until something’s done there, it’s all just talk. He’s not retired until he gives up the belt; he can say what he wants. When I unified the WBA/WBO/WBC [cruiserweight] belts, I then said I was moving up to heavyweight and I gave up those belts. I contacted all the governing bodies, and I said ‘here you go, I’m giving up my titles, someone else can fight for them now.’ So I gave up the belts, not holding onto them.”

So is Fury “holding the WBC heavyweight title hostage” as some fans have suggested via the forums? Is it unfair that Fury keeps hold of the belt and no other fighter can fight for it? Then again, as Fury has said, he has no upcoming mandatory defence due so he can, as he himself says, do as he likes.

But Haye is right – until Fury vacates that title (which would/will of course be a huge bargaining chip in any fight with the Usyk-Joshua rematch winner; for the undisputed) he cannot be fully retired. All the heavyweight champions throughout history were not considered retired until they gave up the title (just one as there was in most of these cases) and let two other guys fight for it. It has to be the same with Fury. 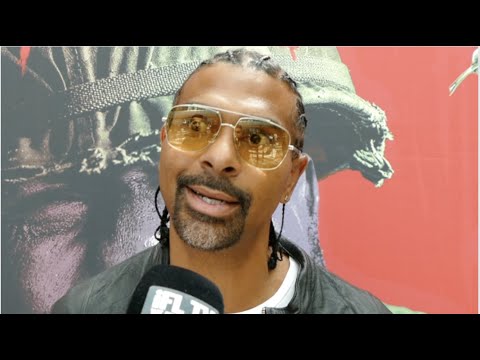