Eddie Hearn has made an offer to IBF flyweight champion Sunny Edwards for him to face WBC champion Julio Cesar Martinez for a unification fight next.

Martinez pulled out of their rematch last June, three days before their scheduled rematch, due to an illness.

If Hearn is going to make the Martinez vs. Sunny Edwards unification fight, he’ll need to set up a step aside for Arroyo.

There’s a lot of interest from Jesse ‘Bam’ Rodriguez and his trainer Robert Garcia in challenging Julio Cesar Martinez for his WBC 112-lb title. If Hearn doesn’t make the Martinez vs. Edwards unification soon, Bam Rodriguez may grab the WBC belt from Julio.

Bam Rodriguez would be a more challenging fight for Sunny than the recently beaten Rey Martinez.

Edwards (18-0, 4 KOs) has looked impressive recently since capturing the IBF flyweight title last year in April with a victory over Moruti Mthalane. Since that fight, Sunny has successfully defended his IBF belt twice with wins over Muhammad Waseem and Jayson Mama.

“We would like to make Julio Cesar Martinez against Sunny Edwards. I think it’s a brilliant fight. It’s a massive fight as well. Two guys that need to unify. Why not? Let’s try and make it happen,” said Hearn.

Rey Martinez (18-2, 14 KOs) lost his last fight to Roman ‘Chocolatio’ Gonzalez earlier this year on March 5th when he came in on six-weeks notice as a replacement opponent for the former four-division world champion after Juan Francisco Estrada pulled out.

Chocolatito was way too talented for Martinez to deal with, and he lost a one-sided 12-round unanimous decision to the superstar.

Hearn may have overestimated Martinez’s ability when he made that fight; he was totally overmatched by Chocolatito.

Rey Martinez defeated Sunny’s brother, former WBC flyweight champion Charlie Edwards by a third-round knockout in 2019. In that fight, Martinez hurt Charlie, causing him to take a knee in the third.

While Edwards was down, Martinez hit him with a body shot that badly hurt him, causing him to roll around on the canvas in pain. The fight was subsequently ruled a no contest. Interestingly, Charlie never took the rematch with Martinez; perhaps that was the wise thing to do. 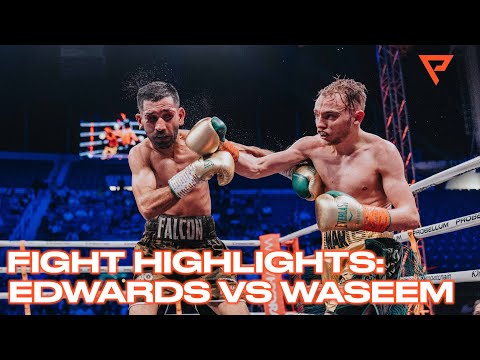