Fans of both sports, MMA and boxing, surely know all about the nasty, ongoing feud between Oscar De La Hoya and Dana White, To put it simply, these two guys do not like one another. Not one bit. Over the years, the two have traded heated exchanges on social media. Now, ahead of 48 year old De La Hoya’s comeback fight with MMA great Vitor Belfort, White has taken the opportunity to really put the boot in.

White, who is seriously rooting for former UFC champ Belfort, was a guest on The Pat McAfee Show and he let loose on Oscar. However, at the same time, White begrudgingly gave De La Hoya his props as a great fighter. 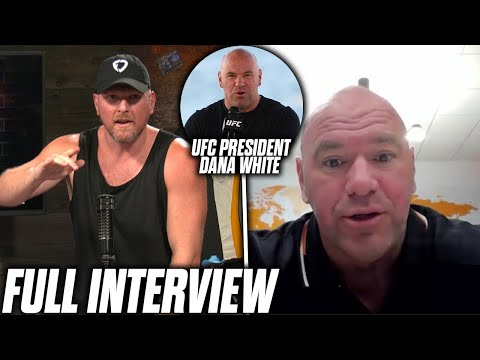 “I’m praying Vitor knocks this crackhead out – and viciously. [I’m hoping he] viciously knocks him out,” White said on the show. “As much as I can’t stand that dirt bag, De La Hoya is legit. Back in the day when me and De La Hoya were cool, I actually was up in his camp. Just his jab could knock people out. De La Hoya in his prime was the real deal. This is a real fight between two real guys. I think that Vitor obviously has the power to KO him, but De La Hoya is no joke, either. Hopefully all that coke sniffing and tequila drinking and whatever other shit that guy has been up to has caught up with him and Vitor lays one on the big mouth of his and knocks him unconscious.”

Ouch! There is clearly no love lost here. Recently, De La Hoya said he and Belfort will “knock the shit out of each other” on September 11, that he is looking forward to a real fight, a real challenge. There does seem to be an element of realness to this bout, which has not been the case with some of the big-name exhibition bouts we have been seeing lately. Just this week, Belfort said he is hoping he doesn’t “Kill De La Hoya” in the 180 pound bout. And this comment did not come across as though it was made by a guy merely trying to hype the fight and sell tickets.

2 thoughts on “Dana White Does Not Hold Back: “I’m Praying Vitor Knocks This Crackhead Out!””