Promoter Eddie Hearn didn’t say when and where they plan on staging the Joshua vs. Usyk rematch. It’s a given the fight will be staged in the UK.

Joshua says he’s going to go back to the drawing board and come back with a victory in his rematch with Usyk.

AJ definitely wants a second fight with Usyk after losing his three belts to the former undisputed cruiserweight champion in front of a crowd of 70,000 fans.

The fans weren’t too happy watching Joshua fall apart in the last four rounds when Usyk increased the pace of the fight, pressuring and throwing more shots.

Joshua, 31, says an eye injury he sustained in the ninth round was a key factor in him failing to fight the way he needed to for him to win.

The judges scored the fight 117-112, 116-112, and 115-113. Whatever chance Joshua had of winning went out the window when Usyk began pressuring more in the championship rounds.

Joshua not “bothered” about losing

“So, I’m not too bothered [about losing to Usyk]. What I’m bothered about is how much better I can get. That’s where I’m putting my energy,” said Joshua at the post-fight press conference on Saturday night after his loss to Usyk. 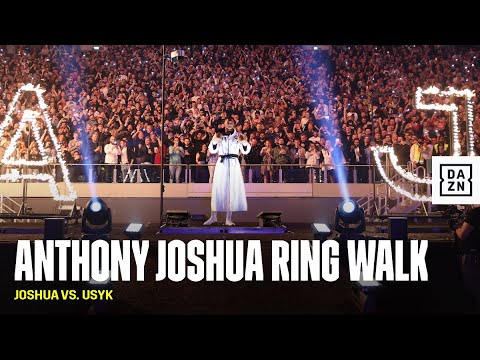 “I always say the belts don’t represent me. Underdog or champion is what it is. I’m just looking to go in there and improve, smarter, stronger.

“I believe I’ll get a good win in the next fight because of what I learned in this fight,” said Joshua about believing he’ll beat Usyk in the rematch. I’m a quick learner, and I’ll bounce back.

“None at all. Like I said, it’s all about experiences,” said Joshua when asked if he has any regrets about getting involved in a boxing match with Usyk.

“If it went well tonight, it would have been perfect, but it didn’t. I can’t have any regrets. We went through the process. What I’m happy about, as I said you’ve got to look at the positives, is I can go again,” said Joshua.

It’s weird that Joshua didn’t want to talk aboout the negatives with his performance. It sounded like Joshua doesn’t want to face the truth about why he was beaten.

“I’ve got a chance of becoming heavyweight champion of the world again,”  Joshua said. “Only positives from him moving forward. I’ve had enough of looking from a negative point of view.

“We always tend to look at things from a negative point of view. I’m just keeping a positive head on my shoulders.

“The game plan is to win, and that’s all I’m focused on. I’m not really worried about anything else that happened tonight.

It’s possible that Joshua can win the rematch with Usyk if he goes after him and thows a lot of combinations. If Joshua can double his punch output, he can probably beat Usyk.

Usyk hurt in fifth and sixth

“At this level, people know how to survive,” said Joshua when told that he appeared to hurt Usyk in the fifth and sixth rounds. “When you hit someone hard, they know to ride the shot.

“They’re quite intelligent at this level. Even though you hurt them, it’s not so concussive to where the next punch that you land is going to knock them out.

“It’s like chopping down a big tree. It takes a bit of time. It takes a few shots with an ax. When you’re at a different level, a lower level, it’s a lot easier to somebody out.

“When I was walking back through the tunnel, I said to myself, ‘I’m ready to get back in the gym, I’m ready to put that work in.’

“Most people when they finish a fight, they’re like ‘Yeah, let me go out and have a bit of fun.

“When I’m fighting these good guys, when I see that they’re hurt, I can capitalize on the opportunity once again.

Usyk was caught by some big shots from Joshua in the fifth and sixth, but he didn’t look hurt.

It was Joshua that was hurt in the third and twelfth rounds. He was lucky not to be knocked out in the 12th round when Usyk was pummeling him with shots.

Going back to the drawing board

“100 percent,” said Joshua when asked if he’s going to grow from this loss. “Like I said, I’m not a weak person.

“I don’t want to be in my bedroom sulking about the situation. I’m looking at it from the point of view of it being a great lesson.

“I can go back and study and rejuvenate myself because no one can do that for me.

“I can’t depend on anybody to pick me up and pat me on the back. That’s why I’m not going to put my head in my palms and cry all night about it.

“I’m going to lift myself up and look in the mirror. ‘I know I can do it.’ I just got to pick myself up.

“That’s why I want to get back training. Go back to the drawing board and get back on the gravy train again.

“There’s a saying that if you want to go down as a great fighter, don’t fight southpaws, especially good ones. He’s [Usyk] a good fighter. Southpaws are tricky.

“They’re not the easiest fighters. I know if I was fighting an orthodox fighter, I probably would have knocked them out by the ninth, no matter who it is,” said Joshua.

This would be a good time for Joshua to change his fighting style to the way it was before. AJ’s attempts and beccoming more of a boxer has hurt him more than helped. 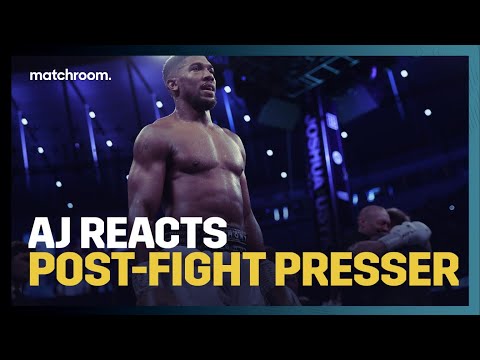