Oleksandr Usyk (19-0, 13 KOs) did the unthinkable by dethroning IBF/WBA/WBO heavyweight champion Anthony Joshua (24-2, 22 KOs) by a 12 round unanimous decision on Saturday night. 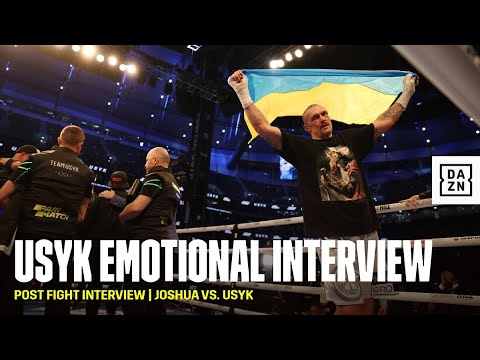 The former undisputed cruiserweight champion Usyk started fast in the first round, catching the slow-footed Joshua with straight left hands twice. What a shocking upset!

From that point on, there was no look back for Usyk, as he put in a masterclass performance in outboxing Joshua and surprisingly HURTING him in rounds three and twelve.

Joshua was ready to be knocked out in the final seconds of the 12th round when Usyk unloaded on him with a flurry of punches.

You can argue the only reason Joshua wasn’t knocked out is due to Usyk missing with a handful of his sweeping shots. Had those punches landed, Joshua would have gone down for sure.

The judges’ scores were:

Boxing 247 had it 116-112 for Usyk. He was the better fighter in eight of the twelve rounds tonight.  Joshua made the mistake of boxing with a boxer, which was foolish for him to do. 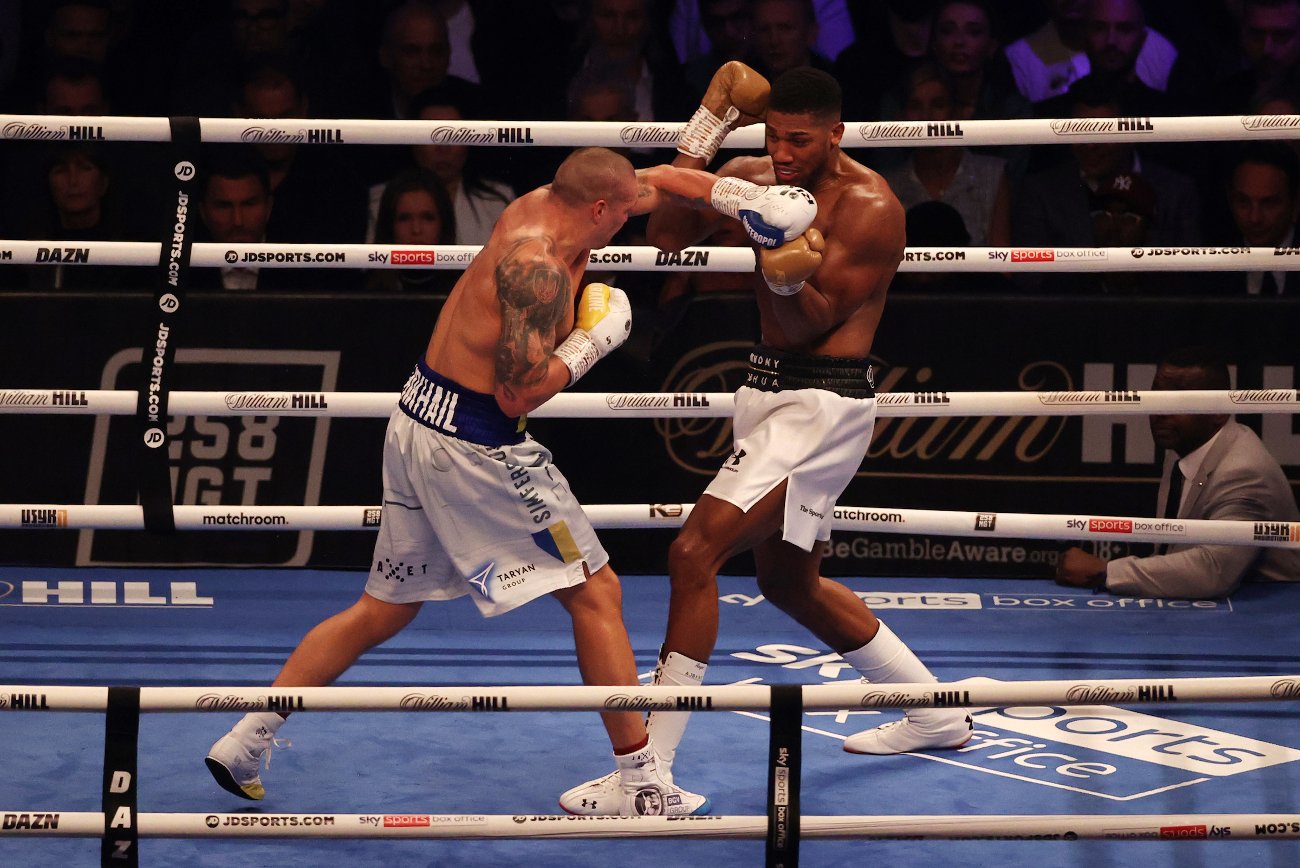 To be sure, Joshua had been warned ahead of time that he would be making a mistake if he attempted to outbox Usyk, but he stubbornly stuck with his game plan and came back to bite him in the backside tonight royally.

In the third round, Usyk landed a scorching left hand to the head that caused Joshua’s legs to turn to jelly for a second. Usyk could not finish Joshua, perhaps because he didn’t seem to realize how hurt he was.

Joshua did well to creep back into the fight in the mid-point due to Usyk becoming too economical with his punches. Usyk showed Joshua too much respect in rounds five through eight, which enabled the big 6’6″ champion to win rounds.

Usyk’s trainer Anatoliy Lomachenko seemed to create a sense of urgency with him in having him push the pace beginning in round 9m, and at that point, he retook control of the fight from Joshua.

At the start of the 11th, Usyk landed a head-snapping left hand that sent Joshua stumbling back. Although it was viewed as a slip, it was initiated from a left hand from Usyk.

In the 12th, Joshua showed courage in the fight’s final moments in taking a barrage of punches from Usyk that had him teetering on the brink of a knockout. With his right eye almost completely closed shut, Joshua smiled as he weathered the storm without going down.

Joshua looked like a beaten fighter in that final moment of the fight. His posture looked terrible, with him needing the ropes to support him and one eye closed.

Moments after the fight, Joshua sank into his chair in his corner and looked exhausted, utterly defeated, and unable to get up. It would have been better if Joshua had stayed on his feet until the fight results were announced, but he didn’t have enough gas to stand up.