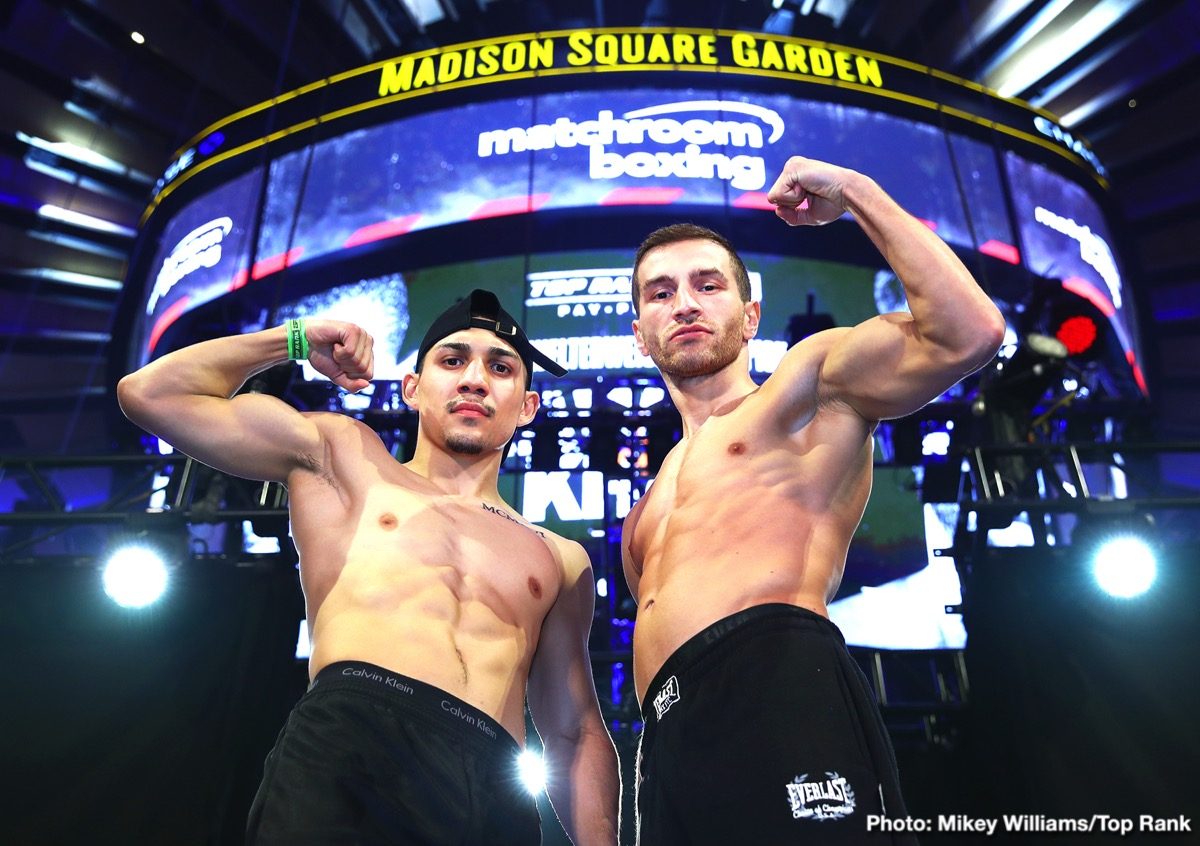 The fight will be contested for the NABF Lightweight title, which is held by Lopez.

Lopez, the 2016 Olympian representing Honduras, has risen through the lightweight division at a meteoric rate as he scored 10 sensational knockouts in his 12 wins.

Saturday night will be the next progression as he is the chief support bout on a major pay-per-view card in the world’s most famous arena.

This will be the 5th appearance for Lopez at the Garden property (two fights in the big arena and two in the theater), and with a win, a Summer world title fight could be on the agenda.

In Tatli, Lopez is facing a tough and durable fighter, who has a record of 31-2 with 10 knockouts. Those two losses were by majority and split decisions. Tatli has competed for the lightweight world title and has held the European title for most of the last half-decade. 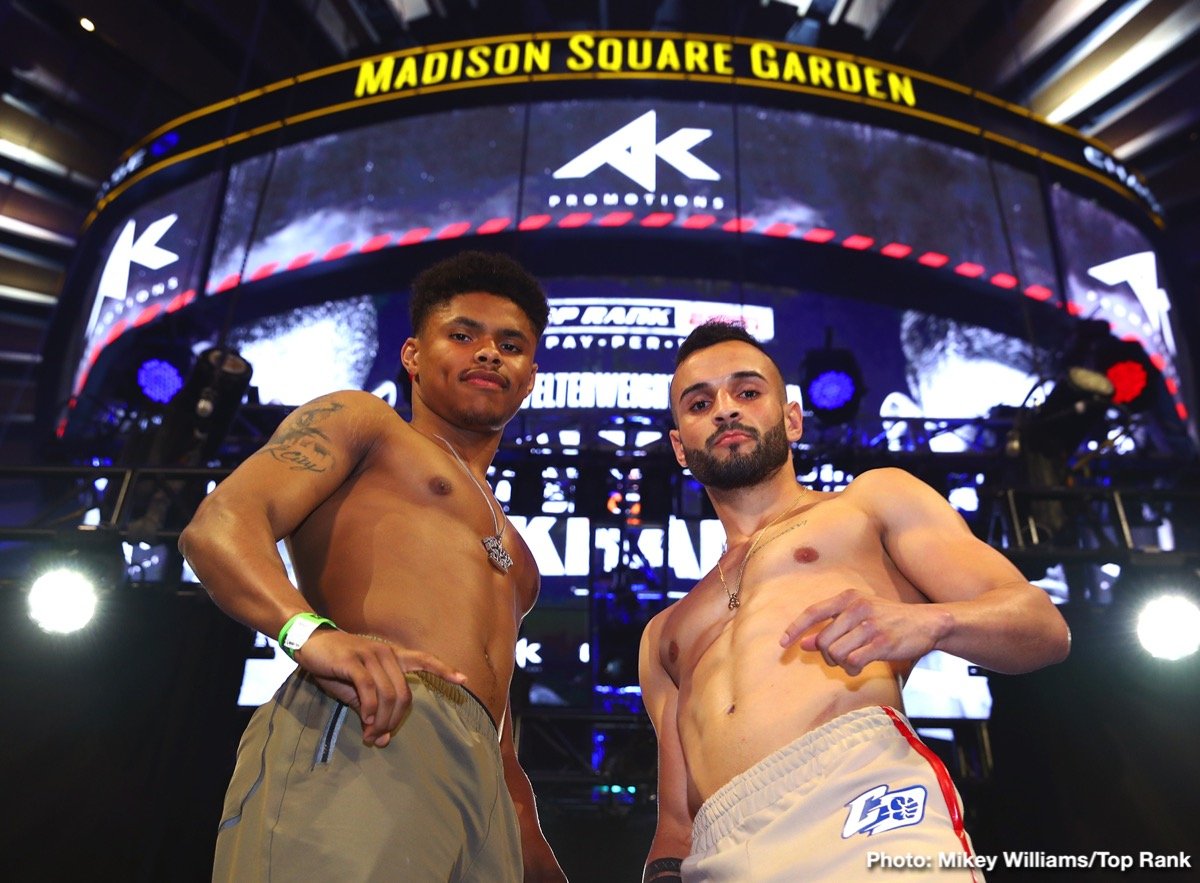 Before pound-for-pound king Terence “Bud” Crawford enters the ring to defend his WBO welterweight world title against Amir “King” Khan, a pair of 21-year-old wunderkinds — Teofimo Lopez and Shakur Stevenson — will look to steal the show in their respective co-feature bouts on ESPN PPV Saturday, April 20 at Madison Square Garden.

Stevenson, the 2016 U.S. Olympic silver medalist, will tangle with former 130-pound world title challenger Christopher “Pitufo” Diaz in a 10-round featherweight bout. Lopez, the consensus 2018 Prospect of the Year and top lightweight contender, will face two-time European lightweight champion and former world title challenger Edis Tatli in a 10-rounder. Tatli is ranked No. 3 by the IBF and No. 10.

And, in a special attraction that will open the broadcast, Puerto Rican star Felix “El Diamante” Verdejo will fight former two-time interim super featherweight world champion Bryan Vasquez in a 10-round lightweight bout that will thrust the winner into the world title picture.

Details on how fans will be able to access the pay-per-view broadcast, which will begin at 9 p.m. ET/6 p.m. PT, will be announced at a later date. 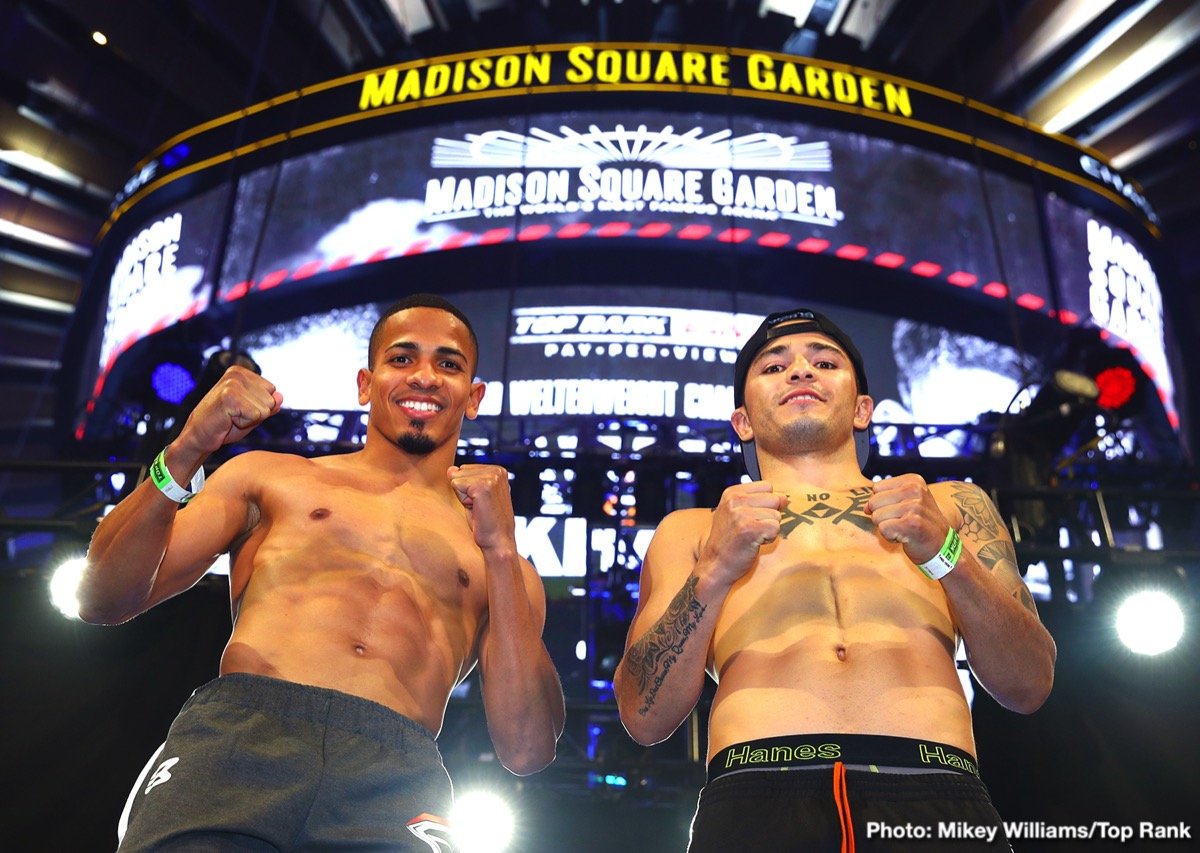 “This terrific undercard accompanying the Crawford-Khan main event will be extremely entertaining and exciting,” said Top Rank chairman Bob Arum. “Shakur Stevenson and Teofimo Lopez are two of the brightest young lights in boxing and are facing seasoned opponents in Diaz and Tatli. Felix Verdejo is on the comeback trail, and Bryan Vasquez is a tough veteran who won’t give in.”

Lopez (12-0, 10 KOs) catapulted from prospect to contender in 2018 and early 2019 with a slew of headline-grabbing wins, including sensational knockout victories over Mason Menard and Diego Magdaleno in his last two fights. A 2016 Olympian for his parents’ native Honduras, the Brooklyn-born puncher last fought at Madison Square Garden’s big arena on May 12 of last year, punctuating his first-round knockout of Vitor Jones Freitas with a Fortnite dance that went viral. Tatli (31-2, 10 KOs) has never been stopped as a pro and has wins over current European lightweight champion Francesco Patera, top contender Yvan Mendy and former 130-pound world champion Mzonke Fana. A celebrity in his native Finland, Tatli recently took home the first prize on “Tanssii tähtien kanss,” the Finnish version of the popular BBC program, “Strictly Come Dancing.”

“Every time I fight in my hometown, I take over the show, and that’s what I plan on doing again,” Lopez said. “This is the year I become a world champion, and whoever stands in my way is going to get knocked out. If you think you’ve seen the best version of Teofimo Lopez, think again. The Takeover is coming to Madison Square Garden and ESPN pay-per-view.

“One thing I know for sure: Tatli will be dancing with the real star of The Takeover on April 20. This ain’t reality TV. This is a real fight.”

“This is a great matchup, and I can’t wait to get the job done,” Tatli said. “Lopez is a skilled fighter, and he is in for a real treat on April 20. My goal has been clear for a long time — to win a world title — and Lopez is not going to stop me from reaching it.” 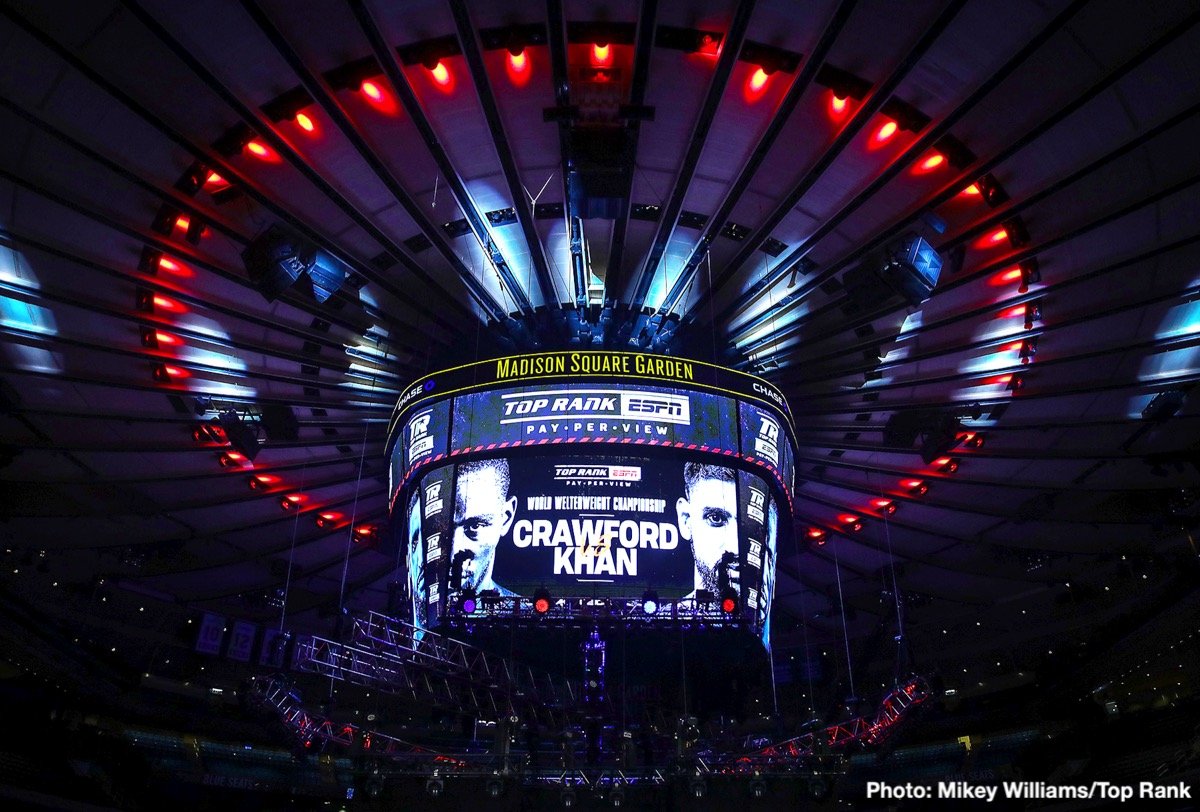 Stevenson (10-0, 6 KOs) followed up a 5-0 campaign in 2018 with a spectacular fourth-round TKO over Jessie Cris Rosales on Jan. 18 in Verona, N.Y. A native of Newark, N.J. — a short train ride from Madison Square Garden — Stevenson hopes to move closer to a world title opportunity in front of his home fans. Diaz (24-1, 16 KOs), from Barranquitas, Puerto Rico, moved down to featherweight following his July 2018 decision loss to Masayuki Ito for the vacant WBO junior lightweight world title. He knocked out David Berna in the first round on Nov. 24 to set up the Stevenson showdown.

“Newark is going to be in the building on April 20 as I show Christopher Diaz what I’m all about,” Stevenson said. “After I get done with him, Diaz will wish he’d stayed at 130 pounds. Soon enough, the featherweight division is going to run through me.”

“I feel super motivated and focused as always for another big fight in another big event,” Diaz said. “I like these kinds of challenges. I’m fighting against a silver medalist of the 2016 Rio Olympics who is also a great prospect with a lot of potential. He needs to demonstrate that he has what nobody can teach him. He needs to show that he has heart and gallantry. We’ll see on April 20 when he faces his first real tough test. I will come prepared as I always do. On that night, he will understand that you can’t teach cojones and that I was born with very big ones.”

Verdejo (24-1, 16 KOs), a former amateur superstar for his native Puerto Rico, hopes to graduate to contender status with a victory over Vasquez. He suffered his first loss last March via 10th-round stoppage to Antonio Lozada Jr. in a fight he was leading. Verdejo was victorious in his comeback bout on Nov. 10 in Puerto Rico, knocking out Yardley Armenta Cruz in the second round. Vasquez (37-3, 20 KOs) has won two in a row since a tight majority decision loss to Ray Beltran in August 2017.

“I’m going into this new challenge ready to demonstrate my skills against a world-class fighter,” Verdejo said. “I hope that this fight will open the doors to big fights. I want to bring a world championship to Puerto Rico, and this is the year.”

Use the hashtag #CrawfordKhan to join the conversation on social media.

Read: Wilder: Miller Not A Likeable Guy, A Lot Of People Are Happy This Happened To Him
Read: Luis Ortiz Has Until Next Tuesday To Decide If He Wants Shot At Anthony Joshua
Follow @boxingnews24