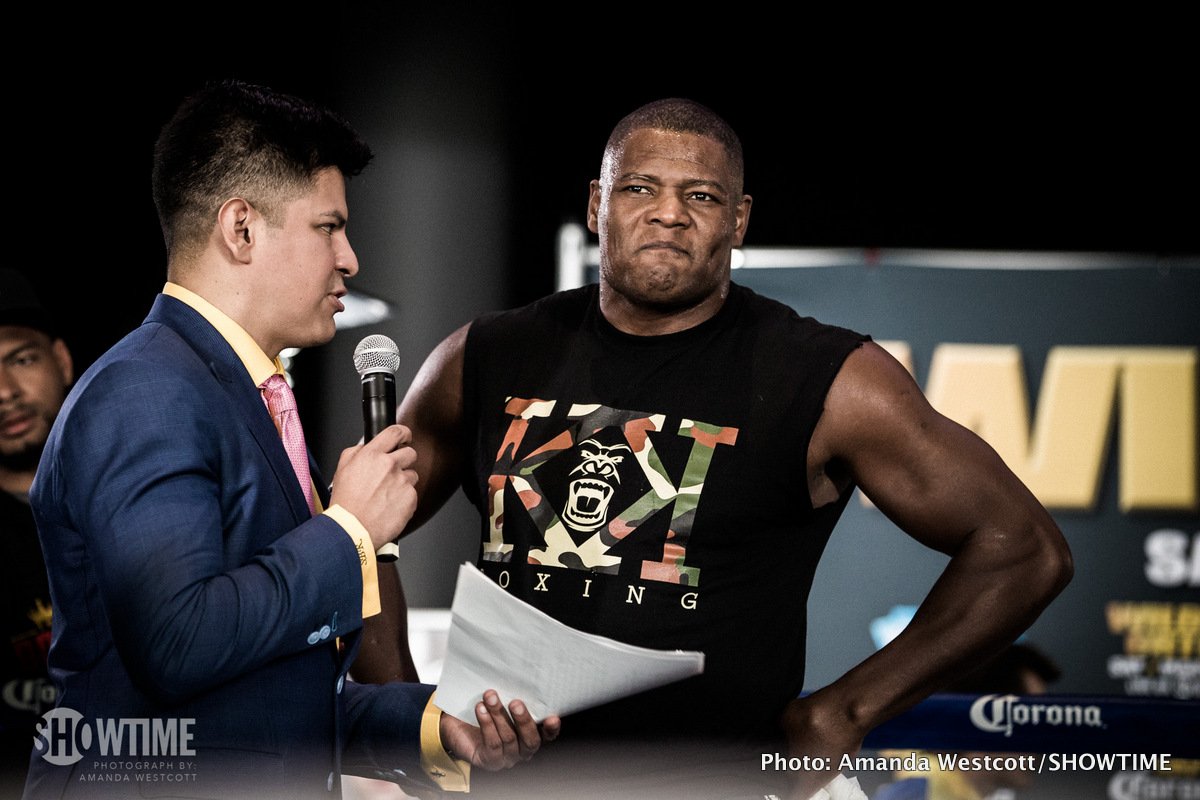 It’s often odd how the sport of boxing works. Case in point: the Anthony Joshua situation. Fans are still quite sick over how unbeaten contender Jarrell “Big Baby” Miller placed his shot at AJ in serious jeopardy (it doesn’t look like Miller will now face AJ, despite his pleas of innocence) by testing positive for an illegal substance that only came to light due to the hard work done by the people at VADA – yet there could be a silver lining to the cloud of cheating.

Luis Ortiz has officially been offered the fight on June 1st so reports Jeff Powell of The Mail, and the Cuban southpaw has until next Tuesday to decide if he wants the fight or not. At his age and after continually shouting for the big fights, Ortiz, almost 40 (yet some say even older) would be mad to turn down the fight, surely. With over six weeks to go until the fight, and if Ortiz has been where he should be, in the gym, there is enough time for the once-beaten (by Deontay Wilder in an at times thrilling fight that saw both men hurt) contender to be ready.

According to the Mail article, if Ortiz does say no to the fight, Michael Hunter Jr, who is signed with Eddie Hearn, is the back-up, back-up plan. So with offers being made to other fighters, it really does seem as though Miller is out, that he has blown it big time. We await the results of Miller’s B sample test, but as of now Hearn is not at all confident AJ will fight Miller next. But fans would likely be quite happy if Joshua fought Ortiz instead. In fact, this is the match-up plenty of fans were calling for before AJ signed to fight Miller. And if Ortiz does take the fight and if he let his hands go during it, we could perhaps get a better, more exciting fight that Joshua/Miller would have been.

And Joshua would get credit for taking on a dangerous foe at short notice. If this is how things turn out it will not fix the damage yet another positive test from a big name boxer has done, but a cracking fight between Joshua and Ortiz would at least be something to cheer about.