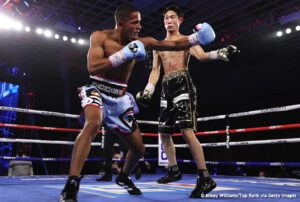 During a busy night of big fights on both side of The Atlantic, lightweights Masayoshi Nakatani and Felix Verdejo might have given us the best action fight of the evening. The two men, fighting in Las Vegas on the Shakur Stevenson-Toka Kahn Clary card, exchanged knockdowns in a very entertaining battle.… read full article “Masayoshi Nakatani Stops Verdejo In Thriller, Wants Rematch With Teofimo Lopez”

Shakur Stevenson (15-0, 8 KOs) got some good work in on Saturday night in beating second-tier fighter Toka Kahn Clary (28-3, 19 KOs) by a 10 round unanimous decision in a stay busy fight in ‘The Bubble’ at the MGM Grand in Las Vegas, Nevada

Stevenson did what he wanted tonight in hitting Kahn Clary at will with shots and getting out of the way of his return first.… read full article “Shakur Stevenson vs. Koka Kahn Clary – Live Action & results” 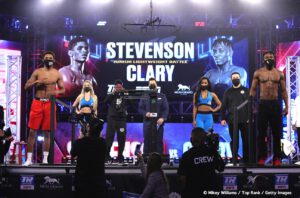 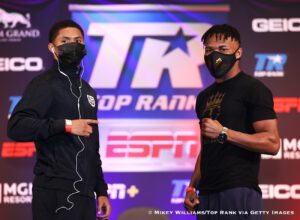 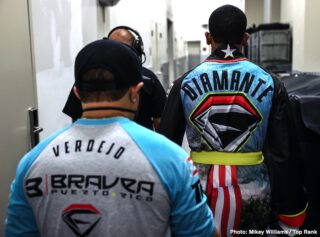 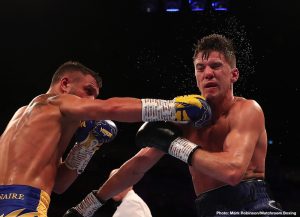 Fans may have read about how the scheduled October 3 lightweight unification showdown between pound-for-pound king Vasyl Lomachenko and unbeaten red-hot talent Teofimo Lopez is in some jeopardy due to how Lopez is asking for more money.… read full article “If Lomachenko vs Lopez Falls Through, Loma Could Face Felix Verdejo In October” 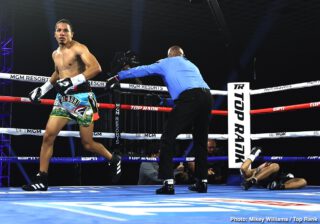 Felix Verdejo was all set for stardom, for greatness. Then the Puerto Rican lightweight hit a bump in the road. The 27 year old endured periods of inactivity and then, in March of 2018, he was stopped by Antonio Lozado Torres.… read full article “Back On Track, Felix Verdejo Wants Revenge Over Vasyl Lomachenko” 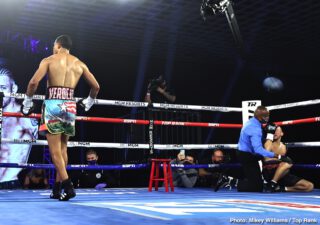 Felix “El Diamante” Verdejo entered, and then conquered, the MGM Grand “Bubble.” The Puerto Rican star knocked out the previously undefeated “Ill” Will Madera in the opening round of a scheduled 10-round lightweight bout Thursday evening.… read full article “RESULTS: Felix Verdejo destroys Will Madera in 1st round knockout”