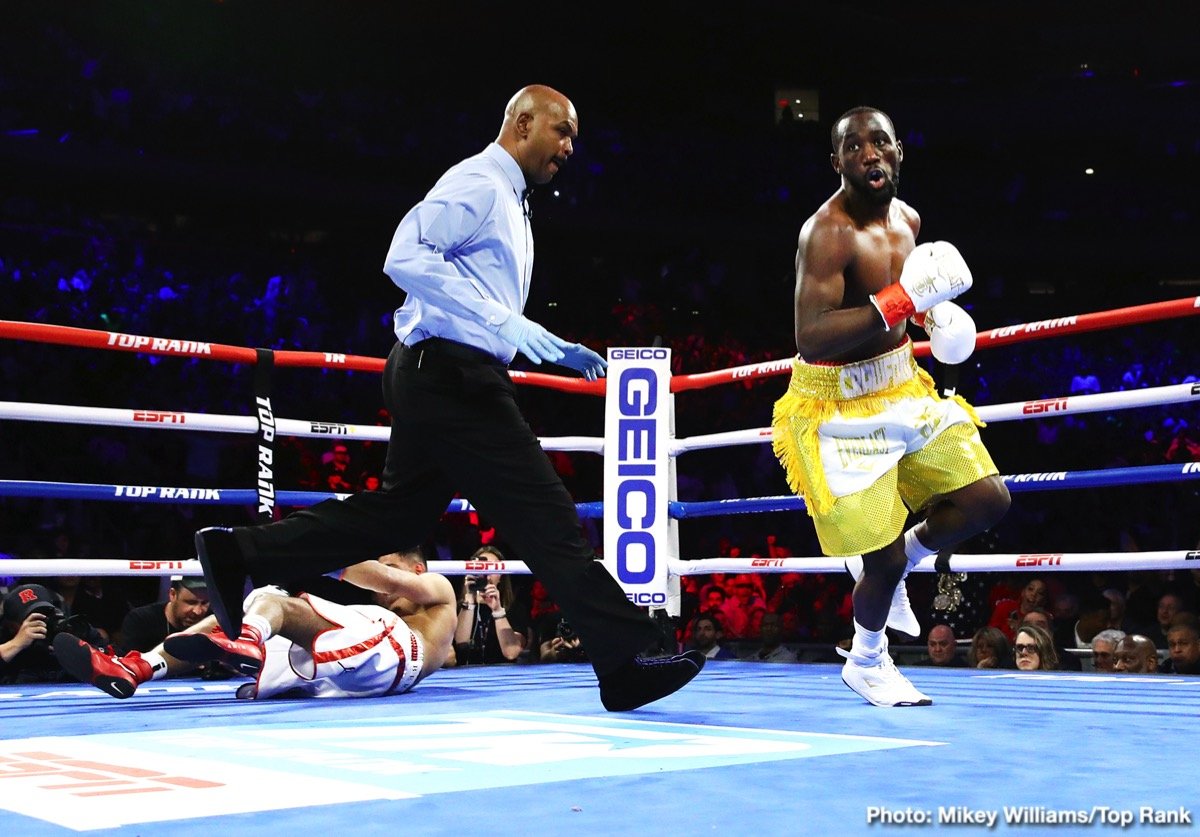 Last night saw a PPV fight night culminate in a somewhat controversial ending which is more than annoying for anyone who wanted to see a real knockout. Alas, it was not to be, but being the savage boxing fans that we are, we wanted to see someone get caught cold and naturally when it didn’t happen, we felt a little cheated.

To sum up what you already know, the fight ended in a TKO when Amir Khan was asked by his trainer Virgil Hunter if he wanted to continue and he said no. By definition, that is technically quitting. The promotional team Top Rank and ESPN were quick to jump on that notion and the commentary team talked about Khan being completely outclassed and needing to save the man from further punishment. The score cards showed he was winning comfortably but also that it was not a complete shutout and to throw Khan a bone, he did catch Crawford a few times and round 5 was juicy. It was an exciting fight that shouldn’t have ended the way it did.

For argument’s sake, let’s play devil’s advocate. Did Khan quit because he didn’t want to continue on fighting or did the low blow debilitate him to the point he couldn’t continue?

Was the blow by Crawford a low blow? Was it intentional? It seems harsh to say a fighter who was well up on the score cards would need or want to hurt his opponent in such an dishonest way. Conversely, it’s hard not to look at the flipside. A loaded up punch which landed way south of the belt by a fighter with such a high boxing IQ… Surely he knew what he was doing. If so, are low blows part and parcel of the game now? It seemed bizarre that no one would entertain the notion that Crawford purposefully hit him in the nuts. If the shoe was on the other foot and Khan had hit Crawford with a low blow, would we accept it as accidental or would we label him a coward?

How much does a flush nut shot from Crawford take out of you? I personally wouldn’t want to find out.