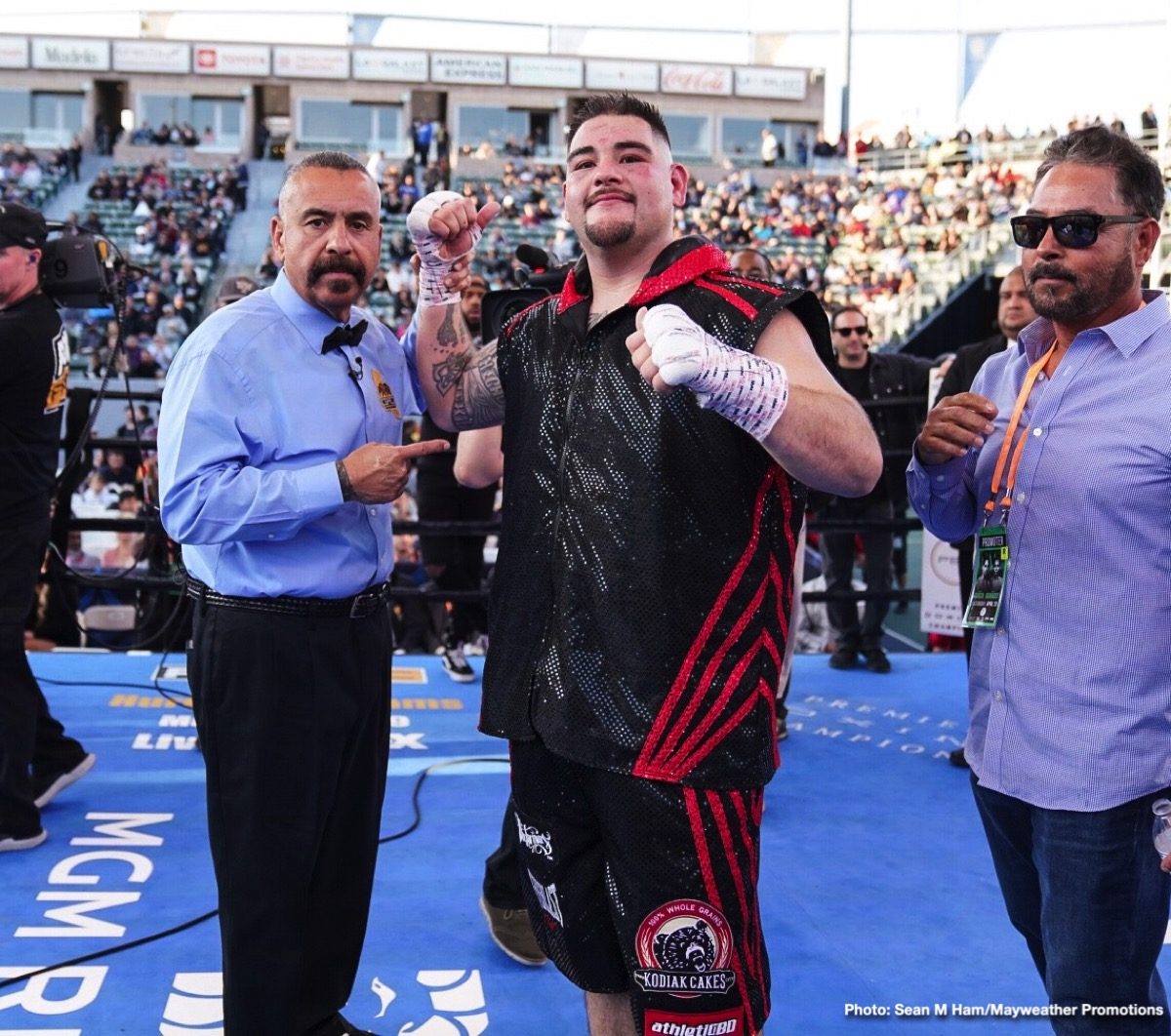 Once-beaten heavyweight contender Andy Ruiz returned to action and winning ways last night, as the fast-handed “Destroyer” took out Alexander Dimitrenko in style. Ruiz, who came in at over 260 pounds, fought like a man a good deal lighter in weight. And this is what Ruiz has often done. Faster and possessing a far better engine than his fleshy physique would suggest, Ruiz has shown he can really fight.

And Ruiz called out an interesting opponent after last night’s stoppage win, in undefeated Polish warrior Adam Kownacki. Referring to his own less than chisselled torso, Ruiz said that there is another “flabby fighter out there with an exciting style;” and he was talking about Kownacki and Ruiz said he wants him for his next fight.

Ruiz is of course correct when he says Kownacki has an exciting style, and fans have warmed to the man from Poland. Kownacki has seen his name mentioned as a possible replacement foe for Anthony Joshua who as we all know is currently in need of a top class challenger for June 1st and his U.S debut – but if Kownacki doesn’t get that shot, then maybe he will take up Ruiz’ offer.

Both Ruiz and Kownacki chuck a ton of punches, both guys fight up close and look for the KO or stoppage, and both men have so far shown a good and reliable chin. Put these two in the ring together and chances are pretty big the action would be fan-friendly and a whole lot of fun.

Whether they fought in a 10 rounder or a 12 round fight, and whether we saw a stoppage one way or the other or a distance fight (perhaps more likely) this one would not be dull. And as both Ruiz and Kownacki have proven, Adonis-like bodies do not always equate to great fighters or great fights.

In particular, those fans who gave never seen the inside of a gym might have something to cheer about in a big way if and when these two rumble. Who Wins? Perhaps the fans, that’s who.