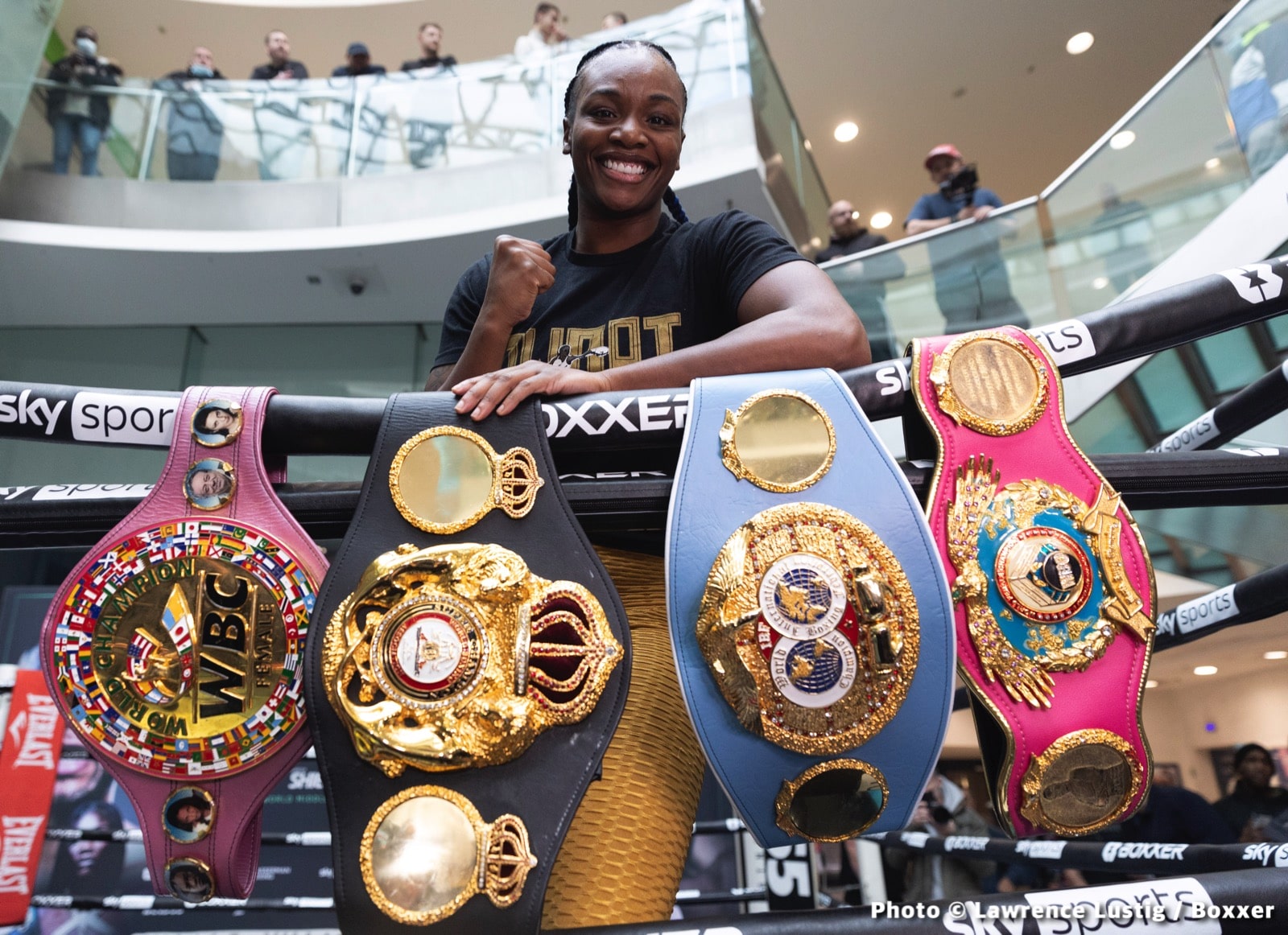 Claressa Shields sometimes spars male fighters in the gym. Sometimes she knocks them out. The self-proclaimed greatest woman fighter of all time – who makes her UK debut this Saturday night in Cardiff, Wales – now says she can be placed on the men’s pound-for-pound list.

Why? “Because my skills are unbelievable,” Shields said in speaking with Sky Sports.

A two-time Olympic gold medal winner and a woman who has achieved so much in the pro ranks – a three-weight world champion, a two-time undisputed champion; unbeaten at pro-level – Shields has for some time said she deserves to be rated as greatly as the best male fighters are.

Now, with that grudge match with Savannah Marshall seemingly close, 26-year-old Shields, perfect at 11-0(2) has to take care of business against the unbeaten Ema Kozin, 21-0-1(11).

Shields, who has the full support of superstar Floyd Mayweather (Floyd will reportedly attend the Shields-Kozin fight on Saturday night but will not hang around for the Chris Eubank Jr vs. Liam Williams main event) – is certain she will do a number on Kozin.

“I’m here to beat up Kozin and then your favorite, Marshall,” Shields said in speaking with Sky Sports today. “Kozin is 21-0 with 11 KO’s but there is a difference between good and great. I’ve been great for a long time. 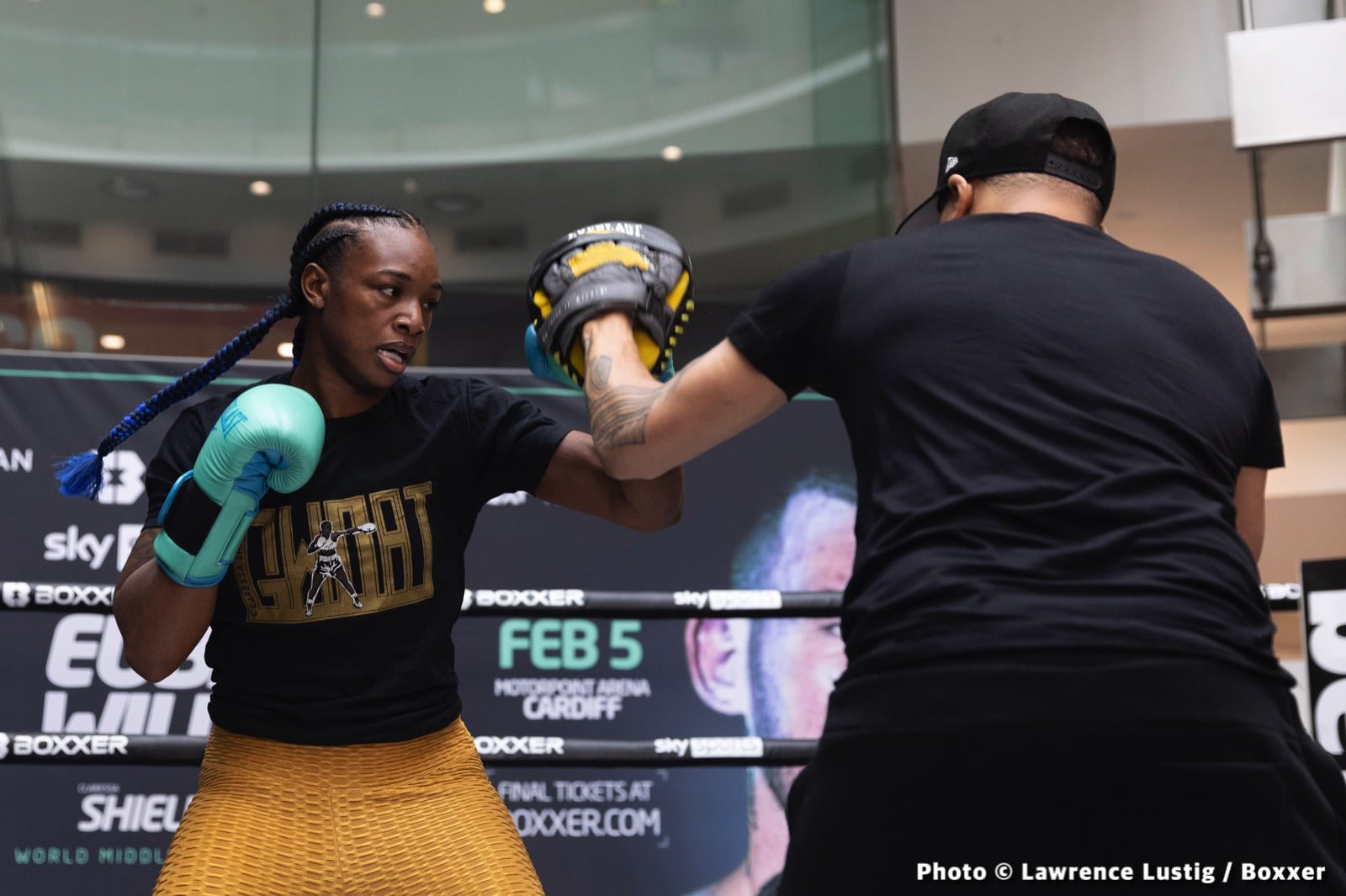 “I haven’t got comfortable. A young 23 year old thinks she’s going to take my belts? That [annoys me]. But I get to express myself on Saturday. Not only am I the greatest woman of all time. But you can put me on the men’s pound-for-pound list because my skills are unbelievable.”

Shields is seen as arrogant in some quarters, merely supremely confident in her abilities in others.

That Shields-Marshall fight (a return of their long-ago amateur fight, when Marshall got a close decision win) would be the biggest female fight of this year were it not for the Katie Taylor-Amanda Serrano showdown that is all on for April 30th. But Shields-Marshall is big in its own right.

Marshall is confident she can and will defeat Shields again. Marshall just isn’t as vocal about things as Shields is. After all her big talk, only a great and dominant performance from Shields on Saturday night will be anywhere near adequate.