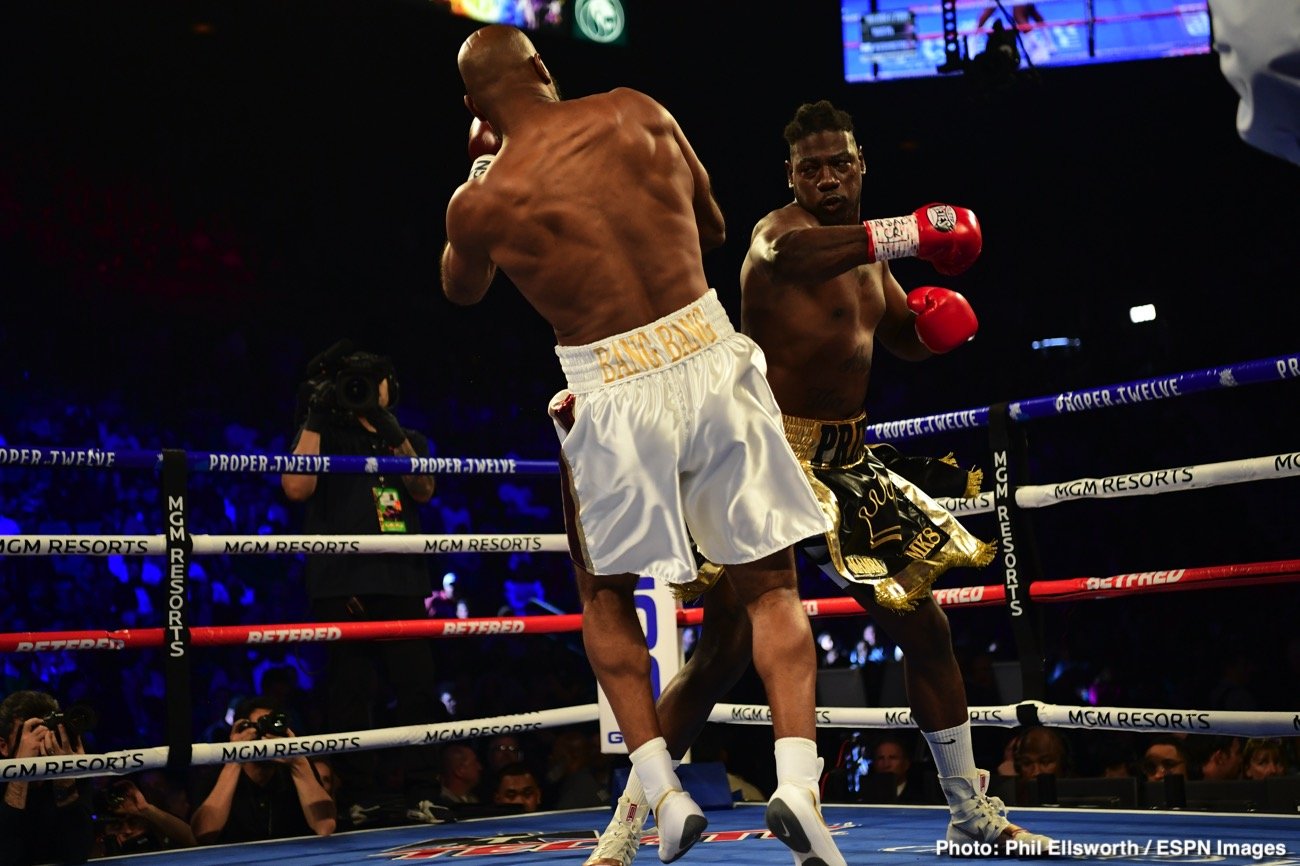 Charles Martin has volunteered to face interim WBC heavyweight champion Dillian ‘Body Snatcher’ Whyte (28-2, 10 KOs) for his next fight in late August in the United States.

The former IBF heavyweight champion Martin (28-2-1, 25 KOs) is willing to take this risky fight against the 33-year-old Whyte to get a title shot against champion Anthony Joshua.

For boxing fans that don’t recall, Martin lost his IBF title to Joshua in 2016 in a second round knockout in London, England.

Since then, the 6’5″ southpaw Martin has been trying to get back in the world title picture. He would have been by now if not for a 10 round decision loss to Adam Kownacki in 2018, which was a huge career blow.

Losing to Joshua is one thing, but getting beaten by Kownacki was a bitter pill for Martin to swallow.

If Martin can beat the Matchroom Boxing promoted Dillian, it would give an inside track to a title shot against Joshua or Tyson Fury.

“Joshua never fought the real me,” Martin said to Sky Sports. “Taking that fight when I was hurt and unprepared is the biggest mistake of my life, but it’s a mistake I’m going to correct before I retire.

“Knocking out Dillian Whyte would put me one step closer to Joshua,” said Martin. I want to welcome Dillian Whyte to the United States with another knockout loss.”

Interestingly, Whyte is now being called out by Martin and other fighters. Throughout Whyte’s career, he’s always been the hungry lion that calls out the top dogs, and now it’s different.

The contenders see Whyte as food, and they want what he’s got. That WBC interim title that Whyte currently holds is the equivalent of a golden ticket. Whoever possesses it will eventually get life-changing money in a title fight against Joshua or Fury.

Whyte is rumored to be fighting unbeaten American Jermaine Franklin (20-0, 13 KOs) in late August in the States. Although the fight still isn’t official, it’s expected to happen next.

It’s unclear whether Matchroom is intentionally putting Whyte in with a second-tier fighter so that he doesn’t get beaten or if they’re under the mistaken impression that Franklin is a household name in the U.S.

Unfortunately, Franklin is about as known in the States as some of the British journeymen heavyweights.

Matchroom obviously wants to build Whyte’s name in the U.S to help bring in subscribers on DAZN when he eventually fights for a world title.

There’s a better way of doing this by matching Whyte against quality heavyweights, but it appears they don’t want to take the risk of him losing again.

Whyte’s knockout loss to 41-year-old Alexander Povetkin last year may have made Matchroom less willing to put him in with decent-level fighters.

“Whyte is an easy fight,” said Martin. “He takes too many clean punches. Unfortunately, Eddie Hearn don’t want nothing to do with me beating his man. Whyte said he wanted an easy fight after getting his clock cleaned by Povetkin.

“I guess he don’t want to get his clock cleaned again if he fights me,” said Martin.

Whyte avenged his loss to Povetkin last March in stopping him in the fourth round in Gibraltar. However, Povetkin had been ill with COVID 19 last year, and he didn’t look like the healthy fighter that had knocked Whyte out in the fifth round in 2020.