By Rich Lopez (in attendance): It’s almost been two years since a boxing card was held at The Armory in Minneapolis, Minnesota, and fight fans were excited to pack the Armory once again. Premier Boxing Champions staged a fun filled boxing card. Fans witnessed a little bit of everything from knockouts, slugfests, and upsets. The fights were televised on FOX and FOX Sports 1.

The main event produced the knockout of the night. It was a battle between two undefeated fighters and for a version of the WBA Super Middleweight Title. Usually, the first round is a feel out round, but not in this case. WBA champion David Morrell Jr (4-0, 3 KO’s) of Cuba, now fighting in his adopted hometown of Minneapolis, Minnesota blasted out Mario Cazares (12-0, 5 KO’s) of Mexico in the first round. Once the bell rang, both fighters got into it right away. The fight started with some foul tactics that seemed to bother Morrell. As both fighters started to trade punches, Morrell landed a left hand to the chest of Cazares that staggered him. Once Cazares got his footing together, Morrell wasted no time and landed a straight left hand to the chin of Cazares that floored him on his back. Cazares was out of it, which prompted the referee to stop the fight. The time of the stoppage was 2:32 of the first round. Morrell was an outstanding amateur and is showing now that his career in the professional ranks is bright. 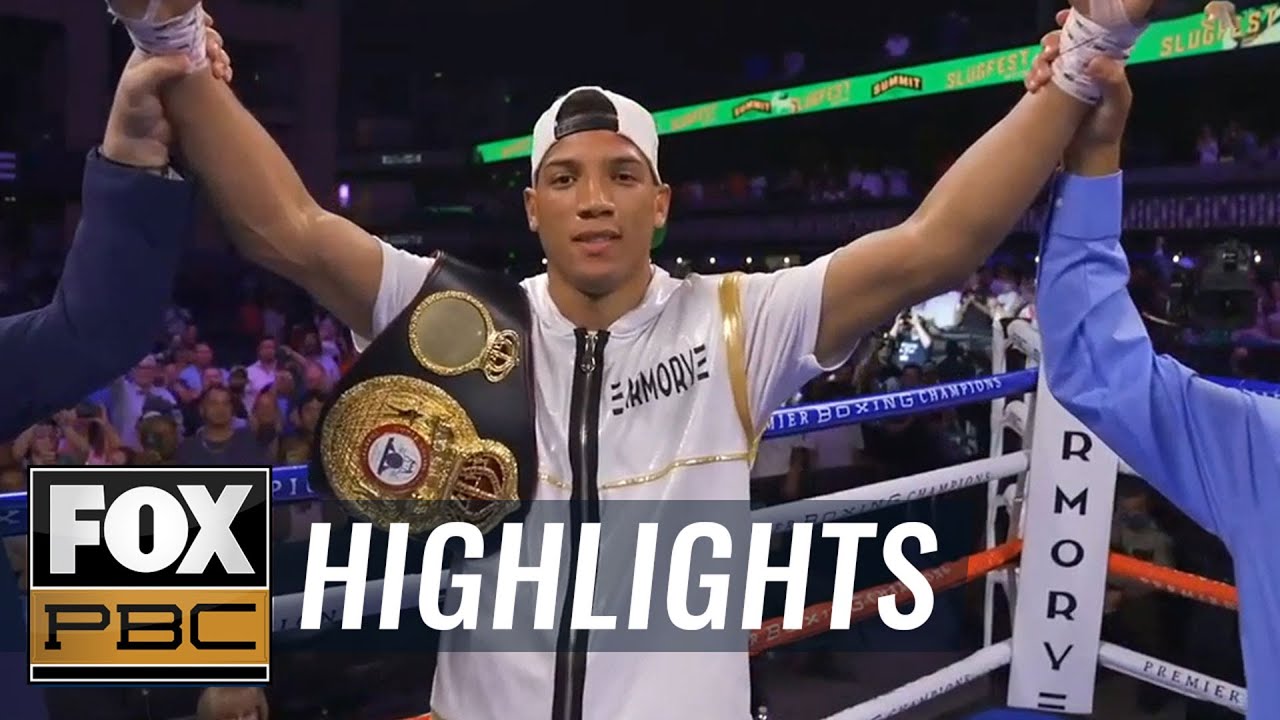 The co-feature showcased two undefeated power punchers going head to head. The fight did not end in a stoppage but it sure entertained the crowd. In a cruiserweight fight, Brandon “Bulletproof” Glanton (13-0, 11 KO’s) of Atlanta, Georgia squeezed by with a split decision win over Efetobor “Nigerian Pitbull” Apochi (11-0, 11 KO’s) of Nigeria in an action fight. From the opening round Glanton pressured Apochi. He continued this in round two and Apochi was uncomfortable. Glanton landed a straight right hand that snapped the head back of Apochi. In rounds three and four, Apochi fought better and he traded punches with Glanton. In round five, Apochi had his best round. He started to let his hands go and he had success. He landed good punches from the inside. Towards the end of round six, Glanton landed a left hook followed by a right hand that dropped Apochi hard. Apochi got up on wobbly legs but survived the round. Glanton tried to finish Apochi in round seven but Apochi managed to survive the round. Glanton started the eighth round strong and then both fighters went toe to toe. Both fighters traded punches in round nine and then the fighters closed the show in round ten. The fight turned into a slugfest but a fight that seemed to favor Glanton due to his cleaner punching. However, one judge scored the fight for Apochi 96-93 but it was overruled by the two other judges 95-94 (twice) in favor of Glanton. This was a good action fight and a candidate for fight of the year.

In the opening bout of the FOX telecast, All Rivera (21-5, 18 KO’s) of the Philippines scored a minor upset with a majority decision over Omar Juarez (11-0, 5 KO’s) of Brownsville, Texas in a super lightweight contest. In the opening round, Rivera came out with lots of pressure. Juarez fought back with good counter punches and he used his left jab well. In round two, Juarez boxed well and connected with right hands. He also landed good body shots on Rivera. Juarez stayed busy in round three. Rivera then started to land straight left hands. Juarez’s right eye was starting to swell. The action started to heat up in round four. Juarez landed good body punches that hurt Rivera. Round five was a better round for Rivera. Round six was a close round as both fighters had their moments in the round. Juarez came back in round seven. He showed good lateral movement landing punches to the head and body of Rivera. In round eight, Juarez did good work but Rivera was still dangerous. Rivera would land the occasional left hand that would connect on Juarez. Rivera had his biggest moment in round nine when he dropped Juarez with a right hook. It was more of a flash knockdown but effective. Juarez got up and finished the round. Both fighters finished the fight strong in the final round. The fight seemed to be close but one that would seem to favor Juarez. The judges disagreed and scored it 95-95 (even) while the two other judges scored it 95-94 and 95-93 in favor of Rivera. 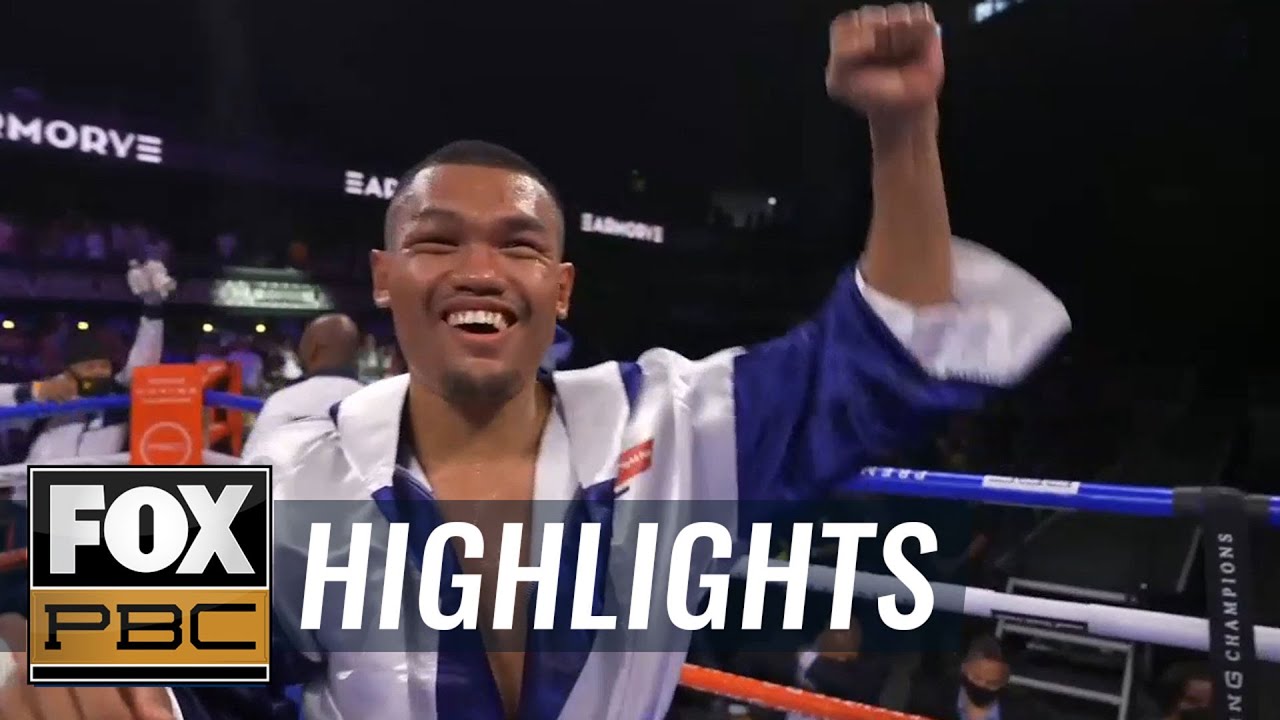 In the feature bout of the prelims, Nathaniel “Nate The Great” Gallimore (21-5-1, 17 KO’s) of Chicago, IL scored a majority decision over the undefeated Leon Lawson III (14-0, 7 KO’s) of Flint, Michigan. The fight was contested in the super welterweight division. It was a fight that Lawson started well. In the opening round, he used his reach and his jab well. He also landed a few right hands, Gallimore tried to land a few wild right hands but they missed. In round two, Lawson played the role of counter puncher in the second round. Gallimore came forward but was not effective. Both fighters were getting rough in round three. The round favored Gallimore as he pushed forward and was able to bully Lawson. Round four was an effective round for Galimore. He was starting to gain confidence and he was landing sneaky uppercuts on Lawson. Round five was a little closer as both fighters tried to get busy but neither fighter was too effective. Better round for Gallimore in round six and he went to the body of Lawson. After Lawson had a good round seven, Gallimore landed a left hook that stunned Lawson. The action slowed down in round eight but picked up in round nine. It was another close round but the momentum was favoring Gallimore. In the final round, Gallimore was still troubling Lawson. Towards the end of the round, Gallimore caught Lawson with a right hand while Lawson pulled back with his head. As the fight ended, the final scores read 95-95 (even) while the other two judges scored it 97-93 and 96-94 in favor of Gallimore by majority decision. It was a well needed victory for the veteran Gallimore who gave Lawson his first loss.

The second fight of the prelims was between Atif Oberlton (2-0, 2 KO’s) of Philadelphia, PA and Jasper “ Smooth Jazz” McCargo (4-1-2, 2 KO’s) of Monterrey, California in the light heavyweight division. It was a fight that Oberlton took over. He jabbed and backed up McCargo. He landed a few left hands on the head of McCargo. Oberlton continued this in rounds two and three. McCargo was just waiting to land a counter punch as Oberlton was coming forward. Everything came crashing down for McCargo in round four. He did not look like he wanted to be in the ring anymore. Oberlton knocked down McCargo with a right hand and McCargo was able to get up and finish the round. Oberlton stole the show in the fifth round. He pressured McCargo to the corner. After throwing a barrage of punches, he landed a crushing left hand to the liver that finished off McCargo. The end came at 0:44 seconds of the fifth round. Oberlton is a prospect to lookout for in the future.

The opening fight of the prelims was a four rounder in the super welterweight division between Travon Marshall (1-0, 1 KO) of Landover, Maryland and Ruben Torres (4-1, 1 KO) of Sacramento, California. The fight was full of action. In round one, both fighters exchanged blows at close quarters.They both traded combinations to the head and body. Towards the end of round two, Marshall landed a left hook that dropped Torres on his back. Torres got up and finished the round. In round three, Torres was able to get himself back together but Marshall was able to take control of the round. Marshall backed up Torres with body shots. In the final round,

Marshall ended the round punishing Torres. He landed uppercuts and continued his body attack. He ended the fight backing up Torres. Torres hung in tough and showed his grit. Marshall earned the victory by a unanimous decision with all the judges scoring it 40-35.