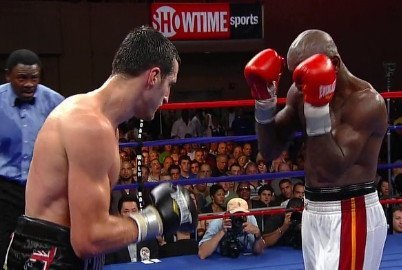 Mack can punch a little, but he has problems taking big shots as we saw in his losses to Johnson, Cloud, Librado Andrade and Alexandro Berrio. All were knockout losses for Mack. The Berrio fight was interesting in that Berrio kissed Mack on the head moments before Mack hit the canvas. I’ve never seen that before or since.

Froch fans feel that he has an easy title defense like this coming after having battled hard in the Super Six tournament and recently beating IBF super middleweight champion Lucian Bute last May. I don’t see it that way. I think all fighters should follow the path of someone like Floyd Mayweather Jr, who always looks for the biggest fight possible with every bout. He doesn’t take stay busy fights or title milking bouts because he’s looking out for the boxing public who pay to see his fights. That’s how all fighters should be, especially when they hold major world titles like Froch. Who wants to pay to see a mismatch?