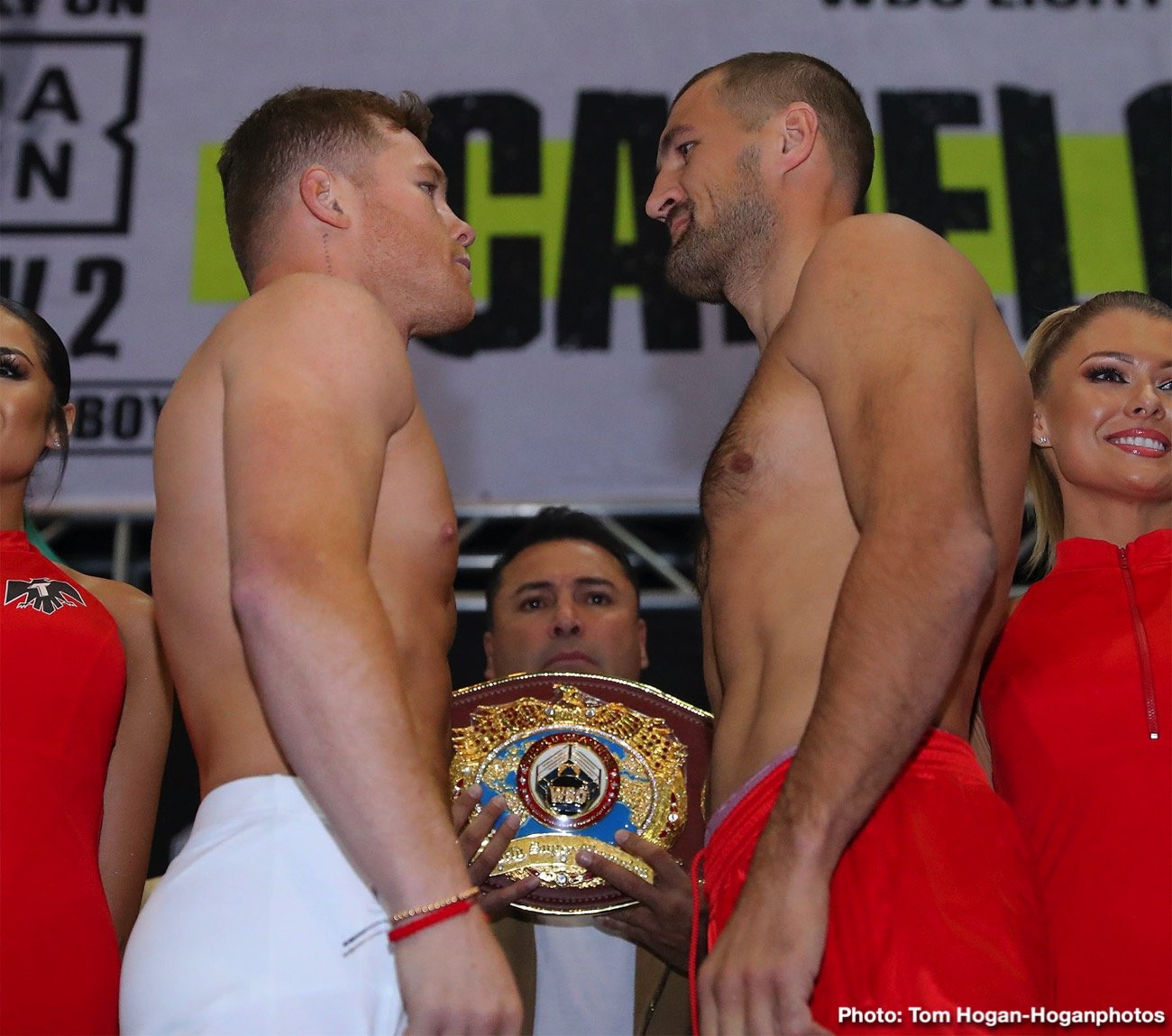 When the bell rings tonight in Las Vegas, Nevada, the fight world will witness a scrap that could very well go down as the Fight of the Year. Not an easy task in a year that has seen a ton of those moments bred by warriors, built specifically for warriors. When we look back at what most would term a year of “upsets”, it’s hard not to notice that a few of them involved aging lions who somehow turned back the clock (most notably, Jean Pascal). Tonight’s showdown is intriguing in the sense that it pairs the arguably the best fighter in the sport, Saul ‘Canelo’ Alvarez (51-1-2, 35 KO’s) taking on one of the sports greatest punchers, Sergey Kovalev (34-3-1, 29 KO’s).

As we prepare for this showdown we’ll take a look at Keys to Victory, Four to Explore (critical game-changing elements), and the Official Prediction.

The keys to victory for Canelo tonight are nothing short of critical. Canelo will need to start fast and furious, placing Kovalev on his backfoot and keeping him guessing where the next punch will come from. It’s a wide grown theory that the body contains the ‘gold’. Canelo will have to start digging there early to soften Kovalev up and begin the weakening process. Diversity in his punch selection will be major for him, but nothing will be of greater importance than his stamina. How does he hold up at ’75? Can he be conditioned enough to fight hard that way for 12rds? The answers to these questions could solely dictate victory or defeat. If Canelo can hold up and execute, he can win!

Keys to victory for Kovalev start and end with the jab. Kovalev not only has one of the most powerful jabs today, but arguably the widest assortment of the jab. The basic jab, the up jab, and the stab jab have all been an intricate part of his offensive delivery and tonight he’ll need to be as sharp as ever with each. Beyond his jab, Kovalev will have to remind the fight public just how strong he is to the body. Everyone speaks of Canelo’s body work, yet forgets that Kovalev is a body snatcher too. A glimpse of the :55 mark against Ward in round 12 of their first fight is a reminder. If Kova can absorb punishment, land to the body early and chop Canelo up with the jab, he can win.

BODY TALK: Canelo has the reputation of a body puncher and remains one of the best in the game. But Kovalev has the power to go to the body less, yet hurt you more over the course of 12rds. Canelo has been known for focusing in this area and if you listen to the media and fans speak on the fight, he has the “right opponent” to make that a focal point in Kovalev. Although all indications point to Canelo being the aggressor in this area, who will do the most damage when it’s all said and done? Will Canelo’s cumulative body work weaken Kova before his own low-key body work slows Canelo? On paper Canelo has the edge here but truthfully, this is a 50/50 battle that could go either way.

COUNTER PRODUCTIVE?: On paper Canelo has the edge in counter-punching. His savvy ring style and ability to slip shots while giving him the angle to land shots remain as good as anyone today. But again, standing across from him is a man who is deceptively sneaky in his counter-punching and he does it with great accuracy. The power of Kovalev distracts people from all the other good things he does. Andre Ward is an incredibly gifted fighter but Kovalev was able to set him up with counters and traps the entire first fight. Considering Kovalev’s size, who wins this battle? Does his power make Canelo less likely to counter punch? Or will Canelo brave the storm and retain his form?

ONLY HUMAN?: In the past we’ve seen both of these fighters brace themselves in the midst of the storm and hold court, but tonight’s assignment is a little different. When gauging a battle like this we always think in terms of “toughness”. Who can hold up, and who can be broken? Conventional wisdom says Kovalev has been dropped and stopped while Canelo has barely been rocked! The balance of power shifts when we consider that the man perceived to be the weaker of the two has the biggest punch, while the man perceived to be strongest is more of a cumulative puncher. Who holds to form tonight? Will Kova be broken? Or will the seemingly indestructible Canelo remind us that he’s human too?

DECEPTION OR PERCEPTION?: For all the credit he gets for this “amazing” jab, few have noted that Kovalev actually doesn’t land it at a very high clip. Against a rather defense-less Pascal, he landed at a 40+% clip. But against more ring savvy fighters like Ward and Eleider Alvarez, he didn’t even hit the 20 percentile range. Canelo is better defensively that each of these men by far! As a friendly reminder, it’s less about what you land and more about how you land it. Can Kovalev find a home for his jab tonight? Does he have a chance without it?

When the bell rings tonight, many around the world are going to be quite surprised at how things unfold. Canelo is the premiere boxer-puncher of this era, and one of the best fighters ever. All that said, tonight we’ll be reminded of the age old adage that says “a good big man defeats a great little man”. Adding to this adage, I think we’ll all be somewhat blown away by the way he does it with relative ease. The heart of Canelo can never be questioned. But there’s something to be said about a talent that aims to fight the best while sneaking in weight clauses and other angles to help create a path to victory.

There’s been a bit of deception involved in the legacy of Canelo (and this comes from one of his biggest fans). His style and skill are amazing, but he has always had some type of edge prior to first bell. Tonight, that edge will be nullified by power! Canelo will find it very difficult to get on the inside and probably appear somewhat desperate in spurts as little else works. While Canelo is the better fighter by a mile, there’s simply no way he can absorb the type of punishment required to be competitive for 12rds. He will have his moments, but in the end, this moment won’t be his. If it goes the distance, he could squeak out a decision based on pure skills and fame. I’m just not too hopeful he can.