Now we’re really going to find out how much fighting heart and mental strength Dillian Whyte has. Whyte, who has been though about as much testing stuff as can be imagined – a painful KO loss to Anthony Joshua, false claims of taking PEDS, forced to wait 1000 days as WBC mandatory challenger, and now that nasty, potentially career-ending KO loss at the hands of Alexander Povetkin. A lesser man than Whyte would have cracked even before what happened to him on Saturday night at Matchroom HQ.

Can Whyte come again the way he has done before? Whyte underwent shoulder surgery after the December 2015 loss to Joshua, Whyte refused to buckle under the insane pressure he was under during those frustrating months when he was both labeled a cheat by plenty and was forced to sit idle. Now comes the toughest test of Whyte’s long career.

Whyte, as is his character, has called for an immediate rematch with the man who laid him clean out, flat on his back on Saturday night, and Eddie Hearn says the Povetkin rematch will happen next. But has that fifth-round KO defeat taken something from Whyte? Will his confidence be the same in a return? How will his punch resistance serve him from now on? Will he be gun-shy in the rematch? Will the rematch happen in the UK, and without a live crowd in attendance once again?

There will be so many questions asked going into a Povetkin-Whyte II, that’s for darn certain. Whyte has never had things the easy way; it could be argued he’s never had anything handed to him. It must have been heartbreaking for Whyte, as close as he finally was to getting what he had earned – namely a world title shot – to then be knocked out so savagely.

We know Whyte is a warrior, both strong and brave, but some odds are not to be overcome, even by as strong a fighter as Whyte. The sheer pressure that will be on Whyte’s shoulders as he walks to the ring for that return fight with Povetkin will be unimaginable. Plenty of fighters would crumble. Will Dillian Whyte manage to rise above it, or will he fall again, perhaps for the last time? 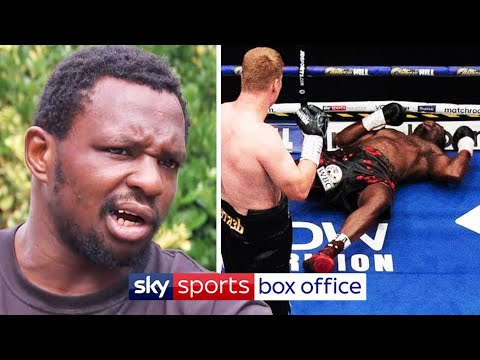