At one point in time, and not all that long ago, the age of 40 was not only a far too advanced age for any fighter to still be fighting, it was also dangerous for a man of such an advanced age to be boxing. How things have changed. Last night, in London and in Germany, two 40 year old heavyweights showed in emphatic style how the age of 40 is indeed just a number.

We all saw what former WBA heavyweight champ Alexander Povetkin did to Dillian Whyte, the stunning, up-from-the-floor KO Povetkin scored in the fifth round causing a genuine sensation. Povetkin, thought by plenty to be way past his best, revived his career in one massive, massive way. Over in Germany, in a fight-winning performance that hasn’t had anywhere near as much press, 40 year old Kevin Johnson stopped former cruiserweight champ Yoan Pablo Hernandez in the seventh round, thus ending Hernandez’ comeback.

Johnson, who has been around even longer than Povetkin – going pro way back in 2003, to Povetkin’s 2005 debut – snapped a five-fight losing streak in stopping Hernandez. Boxing more aggressively than we have grown accustomed, “Kingpin” was in great shape, he was determined and he “opened lots of doors” with the win. What’s next for Johnson? We’ll have to wait and see, but the long-time servant of the game, a man who has literally fought everyone – Tyson Fury, Anthony Joshua, Vitali Klitschko, Daniel Dubois, Dereck Chisora, Manuel Charr, Kubrat Pulev, Andy Ruiz and Filip Hrgovic – has earned himself another good payday or two.

And he sure deserves it. Johnson will fight anyone, anywhere, any time. Seldom stopped (just three times in a pro record that reads 35-17-1 with 19 KO’s), Johnson is the kind of fighter the sport cannot do without. The highest class of high-class journeyman, Johnson can turn over a young contender or a former champion on any given night.

At age 40, after so long in the game, Johnson has to be looked at as a very smart, capable fighter. Johnson won’t pull in the kind of big money Povetkin will in his next fight, but “Kingpin” has a promising future himself courtesy of what he managed last night. Good for him. 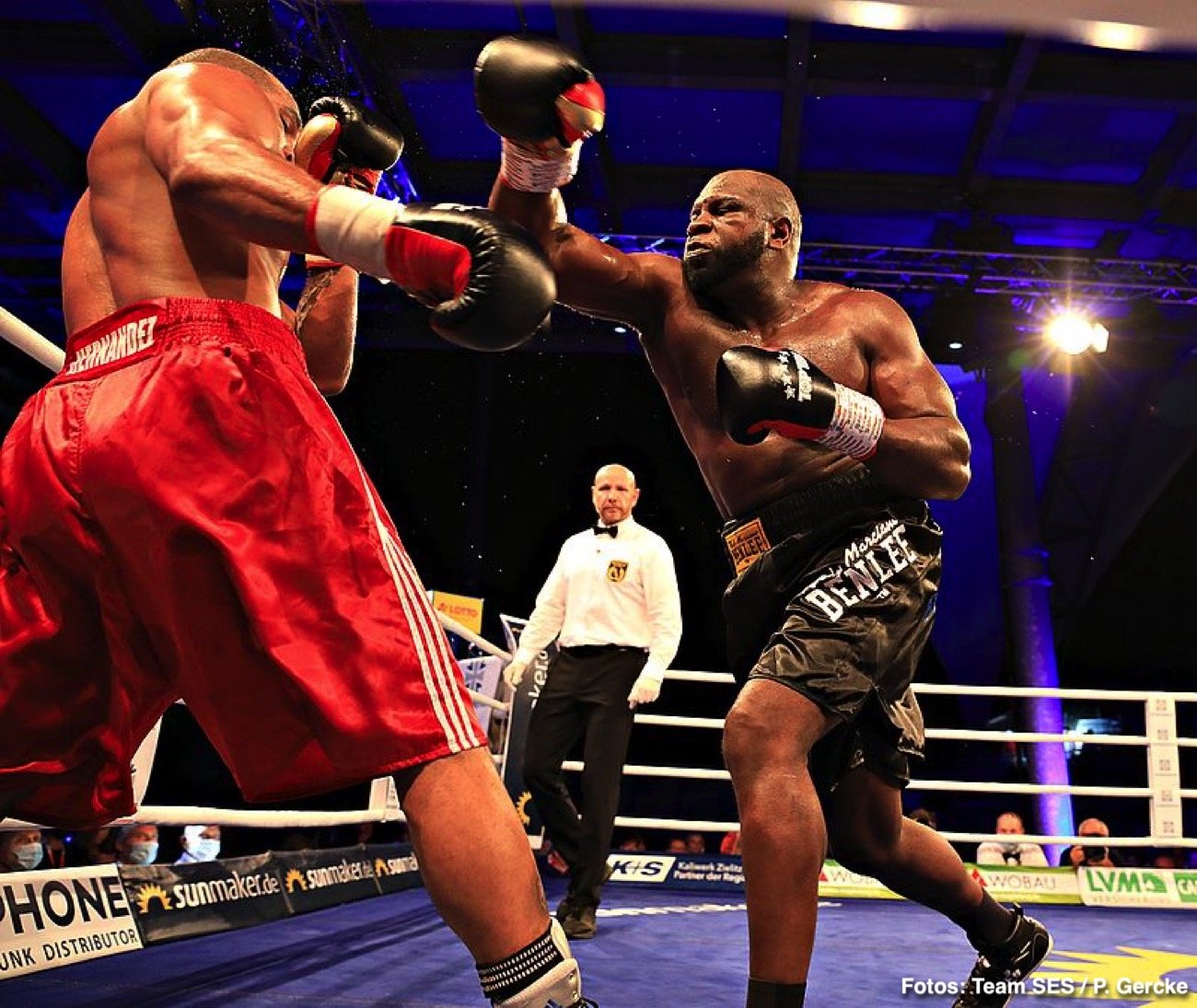