Tonight, as any fight fan who has not been living under a rock for the past month is aware, would have seen the heavily hyped “Next Generation” fight between Chris Eubank Jr and Conor Benn go ahead. Yet now, instead of looking forward to what might actually have been a fight that lived up to the hype, the sport of boxing is down in the gutter once again – in the UK at least.

Since news of Benn’s failed drugs test broke there have been the inevitable ‘ban boxing’ calls. While for many people, the manner in which promoters Eddie Hearn and Kalle Sauerland were apparently doing everything they could behind the scenes to ensure the fight went ahead as scheduled was nothing short of disgusting. So, what now? According to a news story from The Mail, Benn now faces the possibility of a four-year ban from the sport.

UKAD, in association with VADA and the British Boxing Board of Control, will launch a full investigation, and if Benn’s B sample comes back dirty, or if Benn cannot adequately explain how the female fertility drug he was busted for got into his body, he could be handed the hefty, potentially career-ending ban of 48 months. Even for a 26 year old fighter, this length of ban could mean the end. And this is to say nothing of Benn’s reputation, which may never recover.

Benn of course insists he is a “clean athlete,” and he denies any wrongdoing; vowing how he and his team will “get to the bottom of this.” Well, UKAD, as per their impending investigation, will get to the bottom of this whole sorry sage. There remains the slim chance that Benn is innocent, yet rarely does a B sample come back clean after the A sample has tested positive for a banned substance (in a nutshell, a fighter’s sample, be it blood or urine, is placed into two separate jars, with both then tested).

We will now await the findings of the UKAD investigation. As Conor Benn awaits his fate. 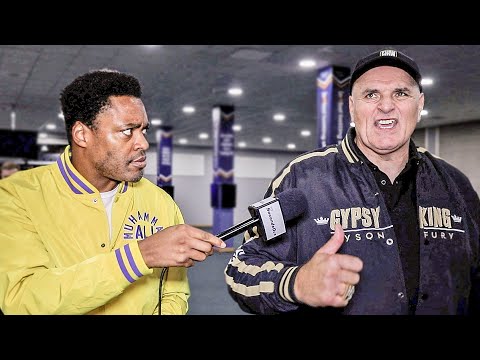