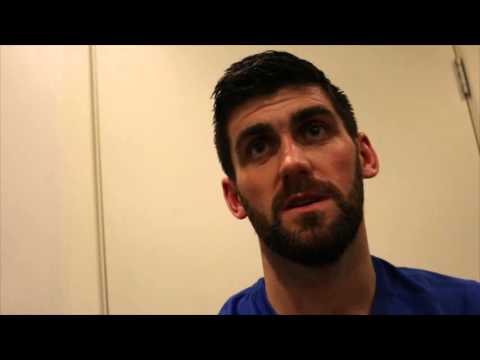 Callum Smith looked sensational as he astounded a packed Liverpool Echo Arena tonight with a murderous one round demolition of city rival Rocky Fielding.

The raucous crowd watched on as the youngest of the Smith family reduced his previously unbeaten challenger to rumble, with a performance of such ferocity that will have the rest of the super middleweight division looking over their shoulders.

It was as early as the first real exchange of punches that Smith made his mark, timing Fielding to perfection with a right hand to the body that sent him to the canvas. The physical and mental effects of the shot etched all over his face as he received the mandatory 8 count.

Smith smelt blood and went for the kill unloading off both channels forcing the disorganized Fielding back to the ropes, seemingly unable to regain his senses and respond or even tie his opponent up.

What followed was a moment of brilliance that encapsulated the talent Smith possesses. He allowed Fielding the space to reply with a series of attacks, that brought the fighters to the centre of the ring, only to unload a perfectly timed left hook which was as classy as it was devastating, planting Fielding on the canvas once more.

To his credit, Fielding rose and answered the referee’s count, but the game was up and Smith duly overwhelmed his opponent to force him to the ground for the final time, the referee having seen enough, with Fielding falling into his corner on unsteady legs.

This was an incredible performance from a fighter, who secured a piece of family history in ensuring all four Smith brothers have claimed a British title in their careers, a feat unlikely to be surpassed for the foreseeable future.

But more importantly confirmed he is destined for World honours and on this evidence, it is just around the corner. 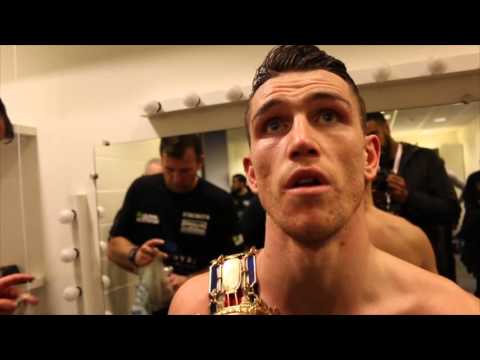