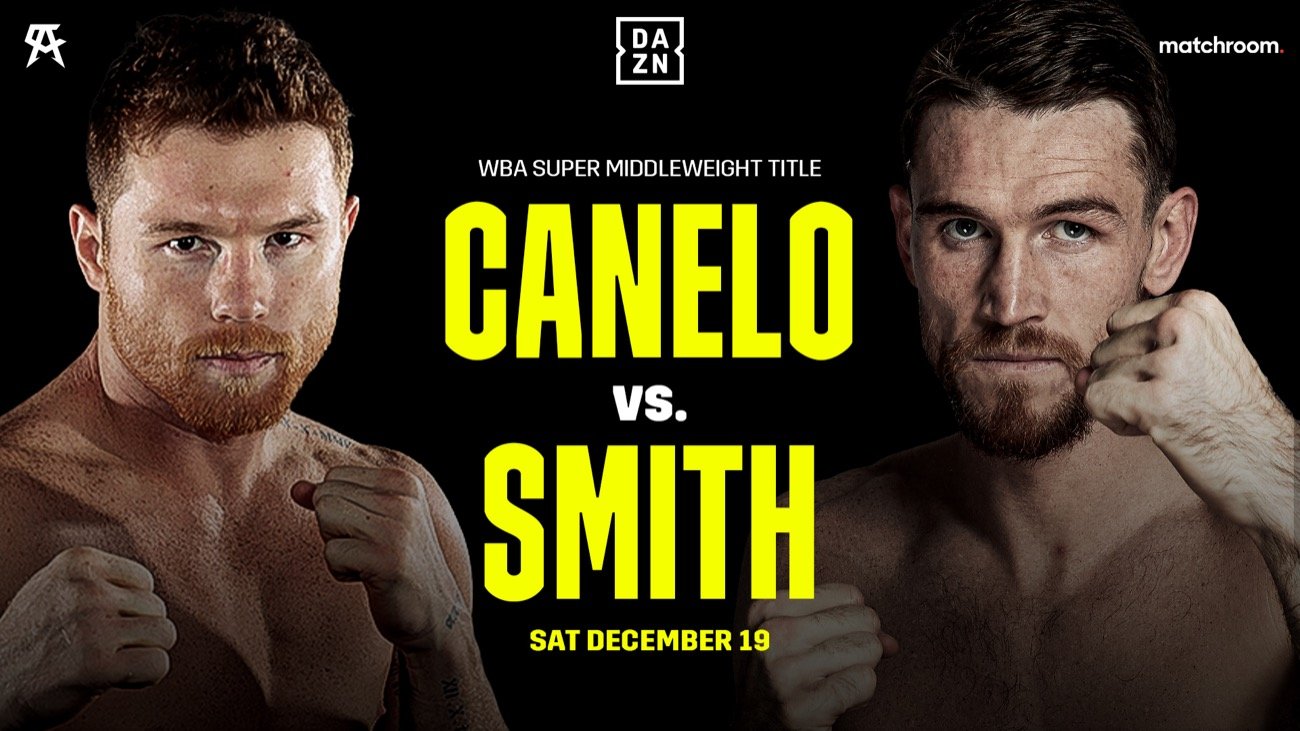 It would of course be a big boxing upset if Callum Smith managed to defeat superstar Canelo Alvarez just before Christmas at The Alamodome. Most people see the Mexican warrior as a significant favorite to win on December 19, even though the 30 year old has been out of the ring for a little over a year. But the unbeaten Smith, in speaking with The Daily Mail, said a win by himself will only be considered an upset by those people who do not know how good a fighter he is.

Smith, the reigning WBA champion at 168 pounds, also said that in his opinion, “Canelo’s best days are at middle,” adding how he himself “can beat anybody at 168 pounds.” Smith, trained by Joe Gallagher, has been waiting for a huge opportunity like this for some time.

“It depends on how you rate me,” Smith said in response to how big an upset it will be if he defeats Canelo. “If you think I’m good you won’t be surprised. If you don’t rate me you’ll probably put this one up there (alongside other big upsets scored by British fighters). Canelo’s best days are at middle. At 168 pounds I can beat anybody. I’m the best in the world at this weight.”

Smith – who is the same age as Canelo but is significantly taller at 6’3” – is currently 27-0(19). However, in his last fight, which came in November of last year, Smith made hard work of his defence against John Ryder. In fact, a good number of people felt Ryder might have deserved the decision that went to Smith. Certainly, Smith will have to up his game on December 19 if he’s to have a chance at derailing Canelo, 53-1-2(36). But at his best – see his KO wins over George Groves and Hassan N’Dam N’Jikam – Smith is a strong, powerful and extremely effective super-middleweight.

Providing he is not overwhelmed by the occasion, Smith just might give Canelo one of the toughest fights of his career. Can Smith go one better and actually defeat Canelo? It would be one big, big Christmas present for British boxing if he did do it. This one will prove very interesting. It just might be that 2020’s Fight Of The Year comes at a time when there are just 12 days remaining in the year.