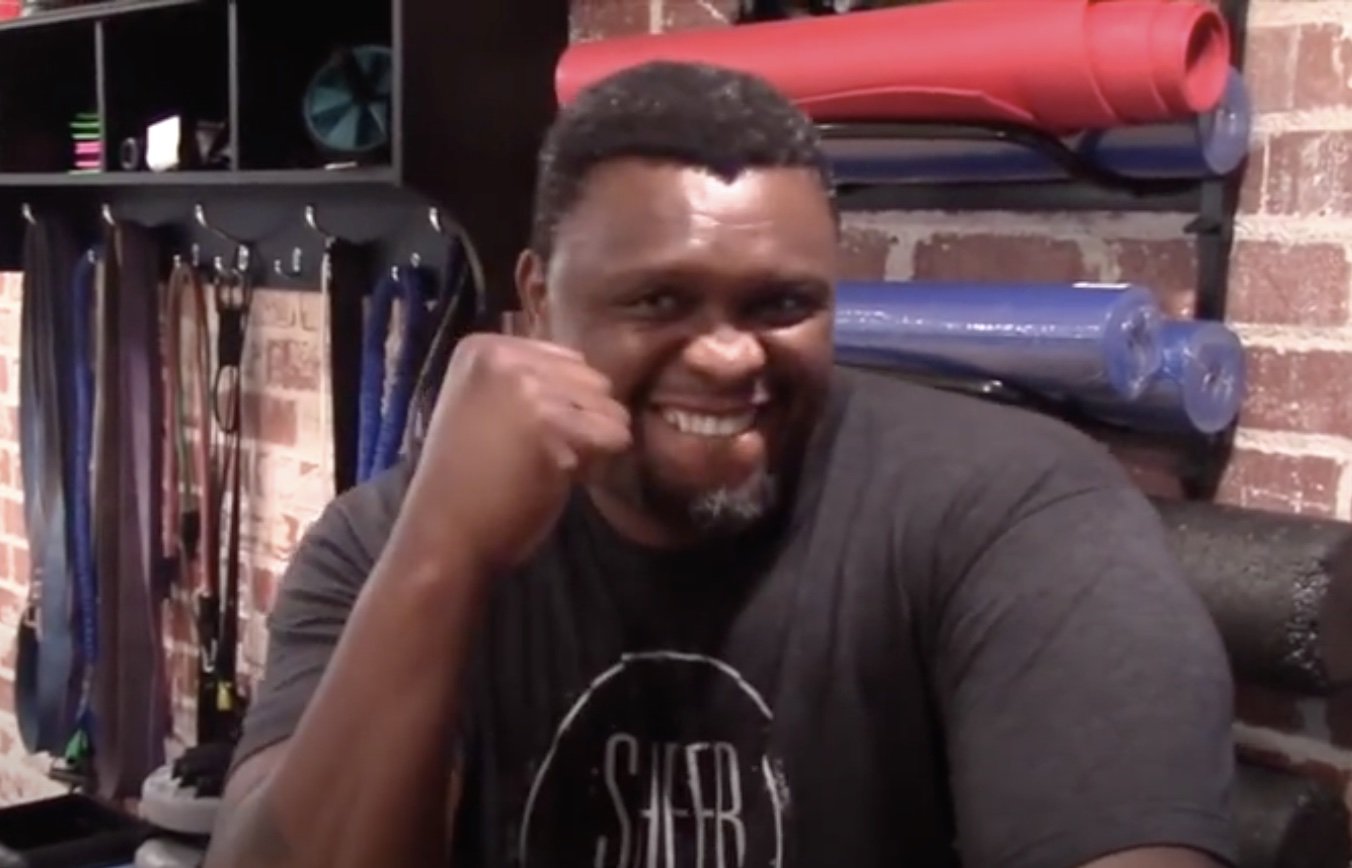 South Africa’s Courage Tshabalala surged to a 19-0(16) pro record in the mid 1990s, looking to many like a future heavyweight champion. Yet despite being blessed with speed, power and spite, Tshabalala lost to Brian Scott in 1996, his unbeaten record being ruined.

Shortly afterward, the slugger known as “No Limit” was stopped again, by Darroll Wilson and then by Oleg Maskaev and soon disappeared from view – his final ledger reading 26-4(22). Yet now, after having toiled in the background for a number of years while gaining knowledge, the Californian-based Tshabalala is emerging as a respected boxing trainer.

On his amateur career:

“In South Africa, as an amateur, I was often matched with the same fighter over and over again (laughs). But it was an exciting time for me, a young kid who was powerful. I won all my fights by KO on the way to the South African championships. I enjoyed it all, the experience.”

On going pro in America and sparring big names:

“It was totally different, the boxing in America compared to in South Africa; the culture and the way it is more advanced in the U.S. But I love boxing and I always have and back then, when I got with Duva Boxing, who were really big at the time, I picked up so much knowledge; as a fighter and then, later, as a trainer.

“You name them, I sparred with them – Ray Mercer, Henry Akinwande, Derek Williams, Larry Donald, Hasim Rahman, David Tua. As soon as you were in the Duva circle, you got to spar with everybody no matter who you were. I sparred both Klitschko brothers in 1996. They had just won their Olympic titles (Wladimir winning gold at the Atlanta Games, Vitali not having made the team) and were still amateurs at the time, and they were still getting into their zone. They were established in Europe but they had yet to make their name in the U.S.

“I sparred them both and though we were not hugely aware of them at the time, I could tell they were both very strong and determined. I travelled all over [the U.S] at that time, going to many different training camps. I also worked with Evander Holyfield.”

On coming up short at top level:

“The Brian Scott fight (a second-round loss, Tshabalala’s first defeat), I had busted my eardrum ten days before the fight and I shouldn’t have taken that fight. But it was on HBO and my management at the time suggested I take the fight anyway. That cost me my [unbeaten] record. The loss to Oleg Maskaev, I gave it all I had that night but he was the better man. I have no regrets there, I learned a lot in those nine rounds. You know, back then in boxing, I was young and I was never too smart about anything on the business side. My contracts, I never even read, because I trusted my people to look after my interests.

“And that’s the message I send out now to youngsters I work with in the gym: to have knowledgeable people around you. Myself, l I learned so much in the gym back then [with Duva]. I was picking things up all the time, things that have allowed me to become a trainer myself.

“I started off working under Tommy Brooks, who had big names at the time; Evander [Holyfield] and Sweetpea [Pernel Whitaker]. I worked with his youngsters, who are now name pros and they remember me. I was well in the background when I worked with guys such as James Kirkland and Ishe Smith, and I paid my dues. When fighters find out about you, and look at your background, they know you are legit. Now, working at Sheer Sports, at The Iron Gym in Santa Monica, I look for talent, I nurture it and I love meeting new kids every single day.”