Beterbiev (17-0, 17 KOs) wants all the belts at 175, and facing WBA champion Bivol will give him the opportunity complete his collection of titles in the weight class.

First things first, Beterbiev must defeat Smith Jr. (28-3, 22 KOs) on Saturday at Madison Square Garden in New York. The fight card will be shown on ESPN and ESPN+, starting at 10:00 p.m. ET.

One potential problem that Beterbiev may have fighting Bivol next is his promoter Bob Arum. He told the media this week that he wants WBO mandatory Anthony Yarde to fight the Beterbiev-Smith winner.

Arum says Bivol fights on DAZN, while Beterbiev and Smith Jr. competes on ESPN. With Bivol fighting on a different network than Arum’s two champions, it makes a potential obstacle to putting the match together.

Of course, if there were a chance for the Beterbiev vs. Smith winner to face Canelo Alvarez, who competes on DAZN like Bivol, Arum likely would jump at the opportunity to make that fight.

“With Artur, it’s very different. He’s a very, very special guy. He doesn’t fight for the money. It’s important like everybody else. I don’t want to pretend something like that,” said trainer Marc Ramsay to K.O. Artist Sports when asked if Beterbiev was disappointed seeing Canelo Alvarez lose to Dmitry Bivol.

“What I mean is it’s not the first thing. His motivation is on performance. It’s never personal. It’s not about name. It’s about who has the belt,” Ramsay continued about Beterbiev. “Now it’s Bivol, and he wants Bivol.

“Of course, like he wants Joe Smith first. We have a big fight to win tomorrow. Our focus is on Joe Smith right now, but the next step is going to be another belt. This is never a name. It’s always about a challenge.

“Great fight, great planning from his team,” Ramsay said about Bivol’s recent win over Canelo Alvarez. “He did the right fight and was very disciplined in that fight also.

“He [Bivol] did good, but also, I think Canelo reached a point where it’s harder to perform against good big boxers. To beat a light heavyweight is okay, but to beat a top light heavyweight, I don’t know. The size at one point.

“It’s not the first time in boxing history. [Roberto] Duran lost to Thomas Hearns, not because Duran was not good but because that was just too big.

“People remember Felix Trinidad losing to Hopkins and Winky Wright. They don’t remember that Felix Trinidad at 147 was a destroyer of everybody. Just too big at one point.

“If I’m right, Bivol came with the national team after Artur left the amateur program in Russia,” said Ramsay when asked if Beterbiev and Bivol have any history together.

“It’s something that he brought from Russia, special work,” Ramsay said about some of Beterbiev’s workout routines. He brings some stuff that I try to teach to other boxers now.” 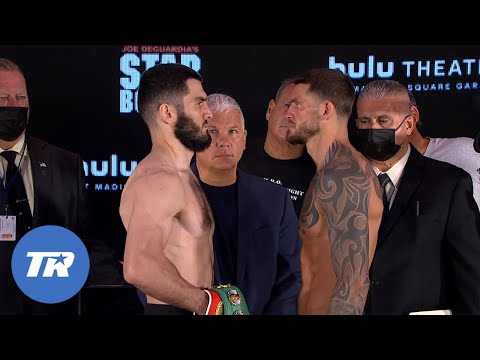