Artur Beterbiev is inviting Anthony Yarde to fight aggressively against him if he wants to on January 28th when the two battle in the 12 round main event at the OVO Arena Wembley in London, England.

Beterbiev (18-0, 18 KOs) will be defending his IBF, WBC & WBO light heavyweight titles against his WBO mandatory Yarde on the night.

It’s an away fight for Beterbiev, with him fighting on Yarde’s home turf in London, and it’ll be interesting to see if the crowd plays a part in the outcome.

When Yarde fought for a world title in 2019 against former WBO light heavyweight champion Sergey Kovalev, he fought in his native country of Russia, and he didn’t have the crowd backing him.

This time, Yarde will have his British fans at ringside in large numbers, cheering him to victory. It’ll be fun to see if they help him or if their applause leads to him getting knocked out quickly by Beterbiev.

Yarde (23-2, 22 KOs) is a pure power puncher, who only has one method for winning his fights, and that’s by knocking out his opponents, usually quite early.

“I wanted to check if the table is strong or not. That’s why,”  said Artur Beterbiev to iFL  TV when asked why he punched the table during the recent press conference with Anthony Yarde.

“I never do predictions for my past fights, and I not do now too, but it’s going to be a good fight. Coming to see the fight now is good. I’m looking for the good box,” Beterbiev said when asked if he’s looking for a knockout of Yarde.

“Yes, we watched his fights. Good fights,” said Beterbiev when asked if he watched Yarde’s fights with Lyndon Arthur and Sergey Kovalev. “We did some analysis and did some points. We’re preparing. 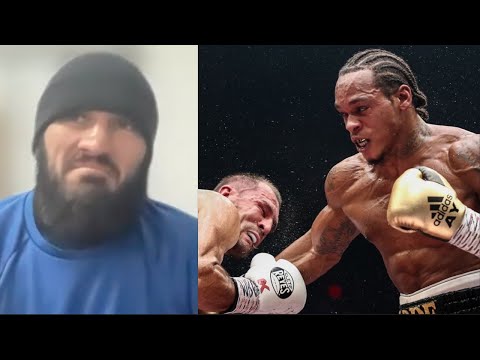 “2012? I don’t remember,” Beterbiev said when asked if he remembers sparring with Yarde in 2012. “No, I never did sparring with him. We’ll see. If Anthony wants aggressive fight, he can do it.

“If I say, ‘Yes,’ it’s true. If they want this fight, no problem. We’re going to do,” Beterbiev said in responding to being told that many boxing fans feel this is too much of a step up for the 31-year-old Yarde against him.

“We never know before we go into the ring,” Beterbiev said in responding to the question of whether Yarde is a tougher fight than his match against Callum Johnson in October 2018.

“Of course, I want this fight,” said Beterbiev about the Dmitry Bivol undisputed clash. “I’m not thinking about it,” Beterbiev said when asked if he’s thinking about Bivol potentially fighting Canelo Alvarez in a rematch in September.

“I can say like this. I for sure try to give him issues [at cruiserweight],” said Beterbiev.