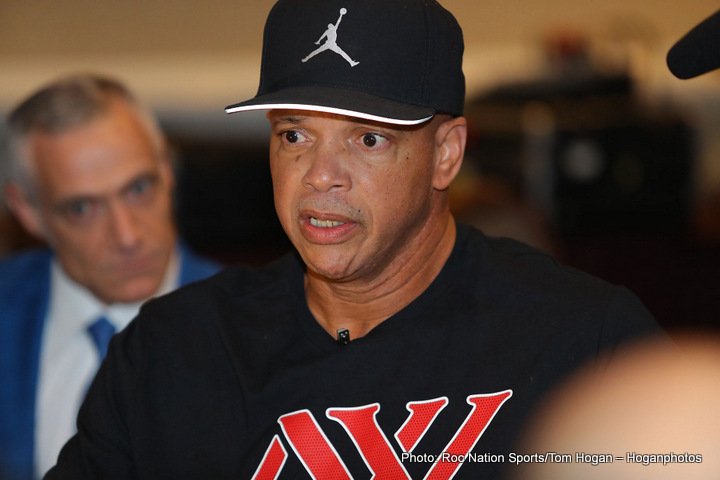 Is it a joke, or is the joke on us – or will it be? As fight fans may or may not have read, man of the hour Andre Ward, fresh off his controversial rematch win over a fuming Sergey Kovalev, is looking at his next move. And, according to his great trainer Virgil Hunter, a move up to heavyweight, to fight, get this – Anthony Joshua, is what could come next. Hunter says this is the fight that he himself would like to see.

Ward himself has spoken of his desire, or his “dream,” of going up to cruiserweight, maybe even heavyweight, to win a world title and further prove his greatness. But Hunter, who perhaps knows Ward the fighter better than anyone, has gone on record as saying he wants his charge to skip cruiseweight and “go for it all” up at heavyweight.

Speaking at the post-fight presser yesterday, Hunter said his choice of fight would be Ward against the reigning WBA/IBF heavyweight champ – all 6’6” and approx 250-pounds of him!

The initial reaction to this news is twofold: is Hunter merely trying to make fans forget all about the low blow controversy of the Kovalev fight, talking about an even bigger fight, a potentially massive fight as means of distraction, or does he really believe his star fighter can do it – beat Joshua and in so doing push the bar even higher in terms of boxing and boxer’s achievements?

Back in the old days, the so-called good old days, fans saw the likes of the seriously tough Mickey Walker go up and test his serious mettle against heavyweights. The big difference, though, is today’s giants stand well in excess of 6’2” and 210-pounds. As good as he is, as naturally gifted as he is, is Ward seriously risking not only his unbeaten record but his health if he agrees to step into a ring with a modern day monster like AJ?

Or has Hunter, with his boxing genius, seen something we mortals could never understand? Hunter says he feels his fighter can outbox Joshua, that he has “seen things” in Joshua that he, and his fighter can capitalise on.

The sport of boxing moves on, as does the world. Maybe we will see great fighters such as Ward try and reaffirm their greatness by taking on and befuddling the big men of the sport. One thing though: what on earth would an emerging superstar like Joshua gain from fighting and defeating a guy like Ward? 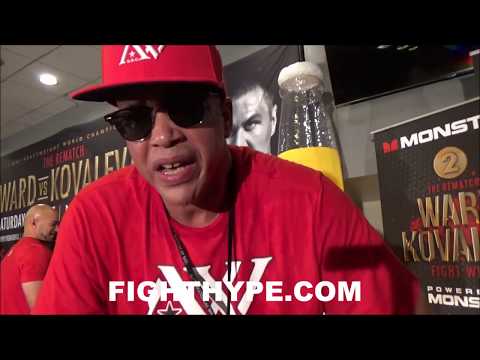