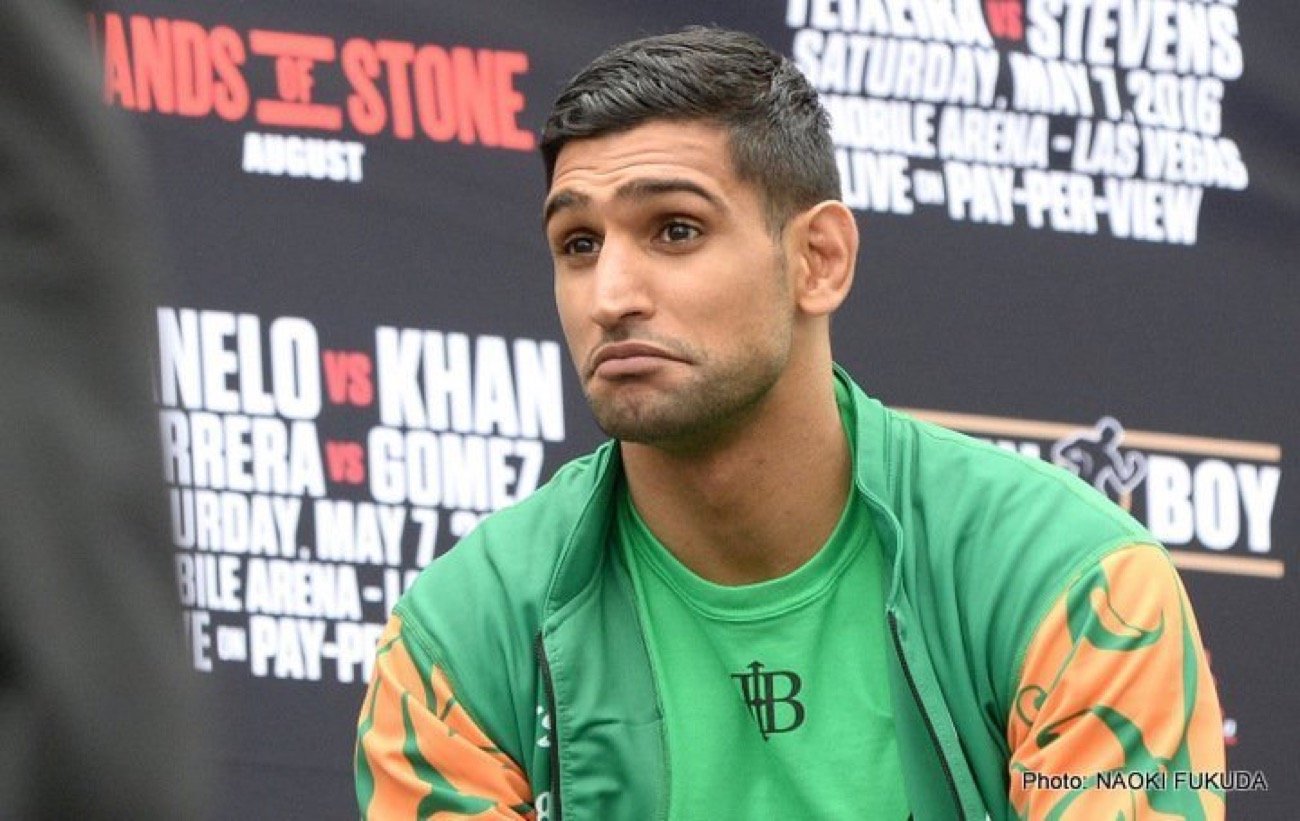 Amir Khan has again called for a massive fight with all-time great Manny Pacquiao. The 33-year-old British star has not fought since stopping an overmatched and hopelessly out-weighed Billy Dib in Saudi Arabia last summer, but the Bolton man is keen to get himself one more big fight before he calls it a career.

Khan has long since wanted a fight with either Pacquiao or Floyd Mayweather, and he hopes a showdown with Pacquiao, the reigning WBA welterweight champ who is also yet to fight again since last July and his brilliant win over Keith Thurman, can take place in Qatar. Khan hopes the fight can happen later this year, once the coronavirus battle has been won.

“I like to box; I’d love to continue boxing, and whenever I see my trophies and my achievements, it boosts me even more,” Khan said to beINSports. “I want to reach the level that I can fight against anyone without fearing anything. I want to fight against Manny Pacquiao; he’s the champion. Why don’t Qatar host the event, as it’s already prepared for the 2022 World Cup? I love Qatar, and I loved my last stay there.”

Of course, a critic will ask, what has Khan done to earn a shot at Pacquiao, at the WBA welterweight title? Nothing. Khan got a ton of negative press for the way he quit against Terence Crawford in his most recent shot at real glory. Would a Pacquiao-Khan fight sell? Actually, in Qatar, as Manny is a global superstar, then maybe it would. But would the fight be competitive? Pacquiao, arguably the most incredible 41-year-old lower weight fighter in boxing history, has yet to decide what his next move will be. Will Pac Man even fight again?

For as long as both men are still active, Khan will continue hoping for and calling for, that dream fight. It does seem unlikely Khan will get what he wants, but who knows what may happen once the currently suspended boxing schedule gets back to normal.