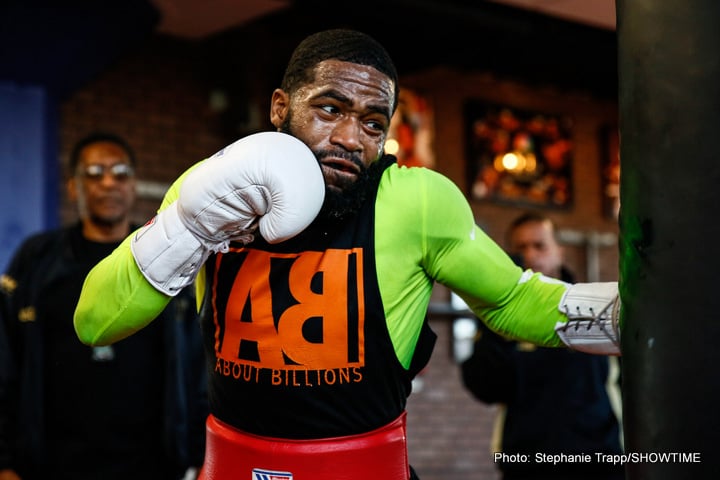 Adrien Broner, everyone’s favourite bad guy, or man you love to hate, last threw a punch on the Las Vegas Strip, laying an unknown passer by out in quite nasty fashion (for which charges were brought); aside from sparring in the gym and what may have happened behind closed doors, this is the last hard punch of Broner’s we saw land and do damage.

Certainly, in his last legal fight, against unbeaten Mikey Garcia in July, “The Problem” never once troubled his rival, being clearly outboxed in losing a lopsided decision at 140 pounds. Now 33-3(24), 28 year old Broner remains a big name and, according to a news piece via RingTV.com, the former four-weight titlist will fight again in the spring. Broner is set to face Omar Figueroa, at either 140 or 147 pounds on Showtime.

This really is a must-win fight for both men, but Broner especially. Broner has lost his big fights – to Marcos Maidana, to Shawn Porter and to Garcia – and even though he has never been stopped, his career sure needs a win, and an impressive one. Figueroa, the same age at 28 and unbeaten at 27-0-1(19) needs a win to solidify his name amongst the big stars.

A former WBC lightweight ruler who has been plagued by bad hands and layoffs, Figueroa last fought in July himself, when he crushed Robert Guerrero in impressive fashion; retiring “The Ghost” in the process. Before that, Figueroa had been off since December of 2015 when he decisioned Antonio DeMarco. A good, all-action fighter who usually throws lots of punches in bunches, Figueroa, if he’s on top form, could overwhelm Broner, certainly outwork him.

It looks like being a fan-friendly fight and Broner has to know he has to turn up in tip-top form himself. A distance fight looks a good bet but this one really could go either way. In terms of which weight the fight will take place at, 140 would seem to suit Broner better, as he has discovered before how he is no welterweight. Another loss and Broner would have to consider retiring or becoming a high-level trialhorse.