Adrien Broner is back looking for a fight. As fans are aware, “The Problem” pulled out of his August 20th fight with Omar Figueora citing mental health problems. That was six weeks ago, and now the former four-weight titlist – though he has no apparent interest in facing either Figueroa, or the man who stepped in late to fight and defeat Figueroa, in Sergey Lipinets – is calling for a fight with MMA great Nate Diaz.

Broner took to social media to issue the call out, adding a mock fight poster to his message:

“Nate Diaz you coming over to boxing I will give yo ass everything you looking for #LETSGETIT,” Broner wrote on his Instagram page.

Diaz, who is leaving the UFC after 15 years with the outfit, has called for a fight of his own – this one with Dwayne Johnson, AKA “The Rock.” But if there is some big money to be made from a fight with Broner, who remains one of the most high-profile bad boys of the sport, then who knows, maybe Diaz will go for it.

Fans may have long since grown weary of these kind of crossover fights, yet this does not mean they will go away. Broner, at least has his mojo back, at least it seems so. Broner was in a bad place around six weeks ago (even though Figueora made it clear he wasn’t buying Broner’s reason for bailing on their fight) but he is back doing what he does best: talk trash.

Broner Vs. Diaz in a boxing ring – buy or sell?

Broner, 34-4-1(24) has not fought since back in February of last year, this when he returned from his January 2019 defeat at the hands of Manny Pacquiao, Broner winning a decision over Jovanie Santiago. For a win at top level, you have to look back as far as 2016 or 2017 on Broner’s record. How much has Broner got left to offer his sport at the age of 33, after so many out of the ring problems? 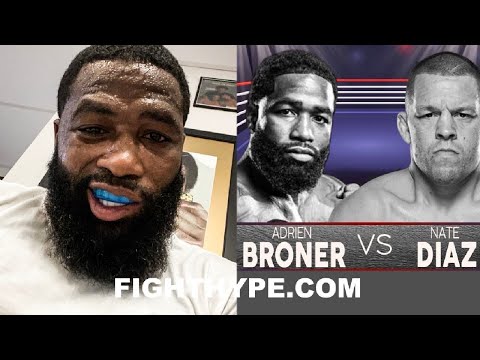