For a while there, we fight fans got optimistic, excited. It seemed this year would give us not one, but two hugely demanded mega-fights: one between Tyson Fury and Anthony Joshua, one between Terence Crawford and Errol Spence. You are probably sick to the back teeth of the on/off, on/off saga that is (or was) Fury-Joshua. The drama, if you wish to call it that, played out over the course of a few utterly frustrating days, with nothing done in the end.

It now seems as though Fury will fight Charr on December 3, while we will have to wait and see who AJ fights in his next outing. Talking of having to wait, we will not be seeing a potential welterweight classic between Crawford and Spence on the “agreed” November 19 date we all got so pumped up about. According to Mike Coppinger, the fight is currently held up due to a negotiations dispute. Crawford wants “transparency related to event expenses” as his current contract does not guarantee him a purse.

This doesn’t mean the fight is off, and things have not reached the levels of silliness we were forced to watch with the Fury-Joshua mess, and a new date is being looked at, in either December or January. As has been pointed out, December looks unlikely, as there are only three dates in the month where the fight could realistically be held – on the 3rd, on the 10th, or on the 17th. Next year looks far more probable.

We fans were optimistic as well as excited over the idea of being treated to BOTH super-fights over such a short period of time. Yet at the same time, many of us felt it was too good to be true. It turns out it was. Yes, both fights could still happen, and both match-ups are of course more than worth waiting for. But we are, these days, at a stage where the average fight fan is not willing to believe a fight is actually going to happen until both guys are in the ring.

Until next year, then…. 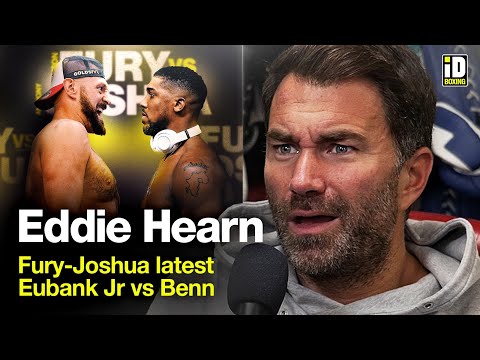