Shakur Stevenson is upset with hearing the media and Top Rank talking about WBC super featherweight champion Oscar Valdez possibly fighting Emanuel Navarrete next rather than him.

Shakur, 24, is going to have to chill out for a while and let the Valdez vs. Navarrete play out. While the Valdez-Navarrete fight is stewing, Shakur needs to back up his tough talk about being willing to fight Vasily Lomachenko.

Stevenson (17-0, 9 KOs) feels he deserves to fight the undefeated Valdez (30-0, 23 KOs) next in a unification fight after the best performance of his career last Saturday night in stopping WBO 130-lb champion Jamel ‘Semper Fi’ Herring (23-3, 11 KOs) in the tenth round at the State Farm Arena in Atlanta.

Top Rank may have other ideas for Valdez, who is been around longer than Shakur as a professional and is arguably more popular than him.  What Top Rank may choose to do is have the talented two-division world champion Emanuel ‘El Vaquero’ Navarrete (35-1, 29 KOs) move up from 126 to challenge Valdez for his WBC 130-lb title.

Valdez vs. Navarrete would attract a lot of interest from boxing fans, and the winner of the match would see their popularity increase substantially.

In the meantime, it’s believed that Top Rank wants to match former three-division world champion Vasily Lomachenko with Shakur at 130 or 135.

Now we been calling out Valdez for how long now?!?? Now I see Top Rank and reporters wit a voice talking about Valdez vs Navarrate 😂😂 so now after the taking the belt from the champ and the best performance of my career we talking Valdez fighting a 26 pounder cmon now

Stevenson mentioned at the post-fight press conference last Saturday night that he was open to fighting Lomachenko (15-2, 11 KOs), and that he wouldn’t duck anybody. If that’s the case, a fight between Shakur and Lomachenko is perfect for the first quarter of 2022.

Lomachenko will have to win his next fight against Richard Commey on December 11th, but that shouldn’t be a problem. Once Lomachenko beats Commey, that’ll set up a thrilling fight against Stevenson in early 2022.

“It’s me vs. Oscar Valdez. There’s nothing else to look forward to. The 130-pound division, let’s unify. Let’s get it,” said Shakur.

Actually, there is more for Shakur at 130 besides Valdez. This is just a shortlist of excellent fights available for Stevenson at 130: 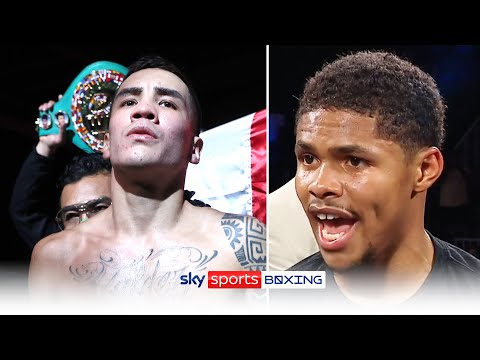