WBO middleweight champion Demetrius ‘Boo Boo’ Andrade will be facing the upset-minded Jason Quigley in less than a month from now on November 19th on DAZN at the SNHU Arena, Manchester, NH

This might be as good as it gets for Quigley (19-1, 14 KOs), who is arguably getting a lifetime world title shot opportunity.

Likely, Quigley will never get another chance to fight for a title for the remainder of his career, so he’s got to make the most of this. This is like the equivalent of a Super Bowl for Quigley because he knows if he loses, that’s it.

With a recent loss to Tureano Johnson and wins over mainly lower-level opposition during his seven-year pro career, #10 WBO Quigley hasn’t exactly earned this title shot against Andrade.

Quigley is fortunate that Andrade’s promoter is Eddie Hearn because if he was promoted by an American, it’s unlikely he would be given this title shot.

They’re doing an excellent job of keeping Andrade busy and building a fanbase for him in the UK, but not putting him in with the kind of opponents that builds his popularity in the U.S.

“I do believe he’s an avoided fighter. He’s a two-weight world champion, and I struggle to see how he hasn’t got the big fights,” said Jason Quigley to Behind The Gloves on Demetrius Andrade.

“He definitely deserves the big fights against Canelo and Golovkin. These massive high-profile fights, I think he should have had these in his career.

“His best opportunity of having them is when he has the world title and when he’s the middleweight world champion.

“But if he hasn’t gotten those opportunities yet, I can’t see him getting them in the future because I’m going to be in there to take that belt away from him.

“That’s my plan and my idea. I really respect him as a fighter. He is avoided because he has a very unique fighter; he’s very different. You can’t get many sparring partners to come in and emulate him.

“He’s obviously a world-class fighter; I really respect him and think he’s a great champion.

“We’ve been in the gym training towards beating Andrade come fight night. Look, I really respect him as a fighter.  I’ve seen him in the amateur game and seen him win a world championship,” Quigley said about having watched Andrade during his amateur and professional career.

Quigley, 30, is the younger guy than the 33-year-old ‘Boo Boo’ Andrade, and he’s getting him at the right time in his career with him coming off a grueling 12 round war against Liam Williams.

Unfortunately, Quigley’s limited experience and how he fell apart against Tureano Johnson in losing to him in 2019 suggests that he will be over his head in this fight.

“It doesn’t matter how great a fighter you are; they all have weaknesses,” said Quigley. “Yes, we’ve studied Andrade, and, yes, he does have a few weaknesses.

“He’s very wild and reckless. He doesn’t really use his head a lot. He’s a little all over the place and out of sorts at times. I think he tires a lot in fights as well.

“His engine isn’t great, but I can’t expect these things to happen in this fight. I’m expecting everything that he’s done wrong in his career so far; I’m expecting him to be better and improve these and exactly what I’m doing in my career.

“After every fight, I see something that isn’t on point, and I try to improve that to do better with that.

“That’s when you have a recipe for a great fight. I believe this could be a very interesting fight early on.

“Trying to outthink one another, trying to break each other down as the fight goes on because Andrade is a very elusive style,” Quigley said.

I don’t know if Quigley has enough pop in his punches to take advantage of Andrade’s wildness. We pretty much saw Quigley’s level in his last fight, going life & death with Shane Mosley Jr last May.

Andrade is WAY past that level in terms of talent, and Quigley will have to raise his game considerably if he doesn’t want to wind up meteor dust on November 19th.

Quigley to drag Andrade into the trenches

“He likes to start fast, as plain as day, but I believe a lot of his opponents in the past just stood there and took shots,” said Quigley of Andrade.

“So I’m improving and adding to my game all the time. I believe this fight [Andrade] could be very technical and can also go in the trenches a few times.

“I believe the stronger man mentally and physically is the man that is going to come out on top in that fight.

“Andy [Lee], I can’t ask for anyone better in my corner,” said Quigley about his coach.

“The man has been through exactly what I’ve been through in my career and came out on the other side and won the exact same title [WBO middleweight] that I’m challenging for on November 19th.

“So first off, he gives me that belief, and he’s proof for the pudding that it can be done.

“Then stylistically, Andy gets me as a fighter. We both practically came through the same setup and the same routine on the national Irish team together.

“So he knows the transition and process from being a boxer, scoring points, and letting shots go,” said Quigley about his trainer Lee.

If Quigley is going to drag Andrade into the trenches, he’s going to need a good chin for this battle. Andrade was unloading massive uppercuts and hooks on his last opponent Liam Williams during the first half of the fight.

He hit Williams with everything but the kitchen sink before Andrade was gassed out in the second part of the fight. It was unbelievable how much punishment Liam took in the first six rounds.

With that said, in the second half of the fight, Williams inflicted a lot of damage upon a tired-out Andrade, and there was some definite drama at the end.

If Quigley can weather the rough storm in the first part of the fight, he’s got a chance of potentially stopping Andrade late. 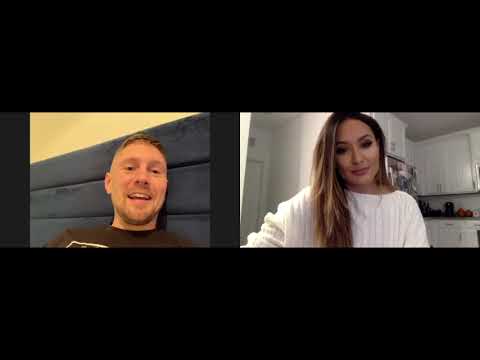