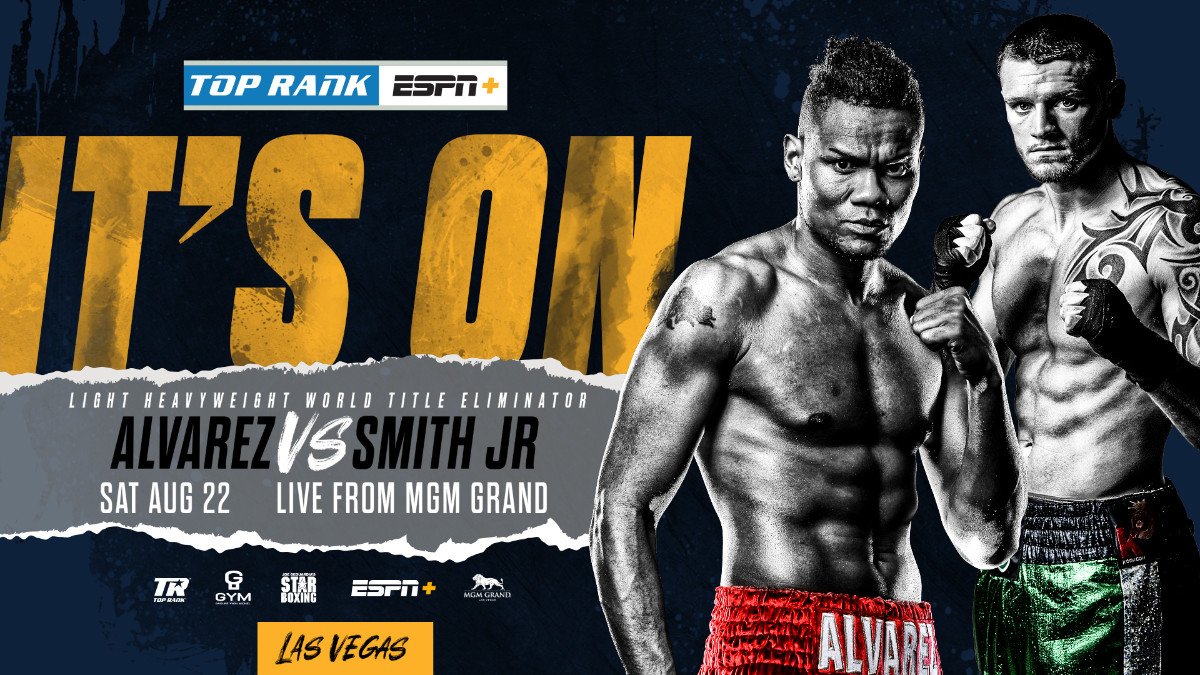 Long Island’s JOE “THE BEAST” SMITH JR (25-3 20KO’s) and Montreal’s ELEIDER “STORM” ALVAREZ (23-1 13KO’s) both made landfall in Las Vegas, and will meet for the first time, socially distanced of course, at the official press-conference ahead of their WBO World Title Eliminator on ESPN+ this Saturday night (8/22).

For the first time in Star Boxing’s 28-year history, a staggering double digit number of events were postponed due to the global pandemic. With its back against the ropes, and no clarity in sight, Star Boxing has endured and come out swinging.

In just over a span of a few weeks, Star Boxing has given its fighters great opportunities to shine across the globe in an otherwise desolate boxing market finding ways to battle back the shutdowns.

Also on August 22, but in Florida, undefeated, CURTIS “HARD KNOCKS” JOHNSON (11-0 8KO’s), takes his shot at the ABF super featherweight title in Florida against James Early.

And from France, a day before the action packed August 22, undefeated super welterweight, DAVID PAPOT (23-0-1 3KO’s) is set to fight against Francis Tchoffo on August 21.

Not only has Star Boxing been adapting and having its fighters highlighted across the globe this summer, but Hall of Fame Promoter, Joe DeGuardia, has been busy adding talent as well. In just the last three weeks, Star Boxing has added 5 quality prospects to its stable:

JOE DEGUARDIA, President of Star Boxing had this to say about all the activities in July and August: “I am pleased that we are finding opportunities for our fighters and are fortunate to have such varied and positive working relationships around the world. We will keep moving forward. Just like our boxers, we are fighters. These are rough times and we have certainly been hit hard by this pandemic, as has the rest of the boxing industry and world but we will keep punching. When the final bell rings, we will be standing. We are looking forward to hearing the roar of crowd at our FAN filled Star Boxing events soon”.