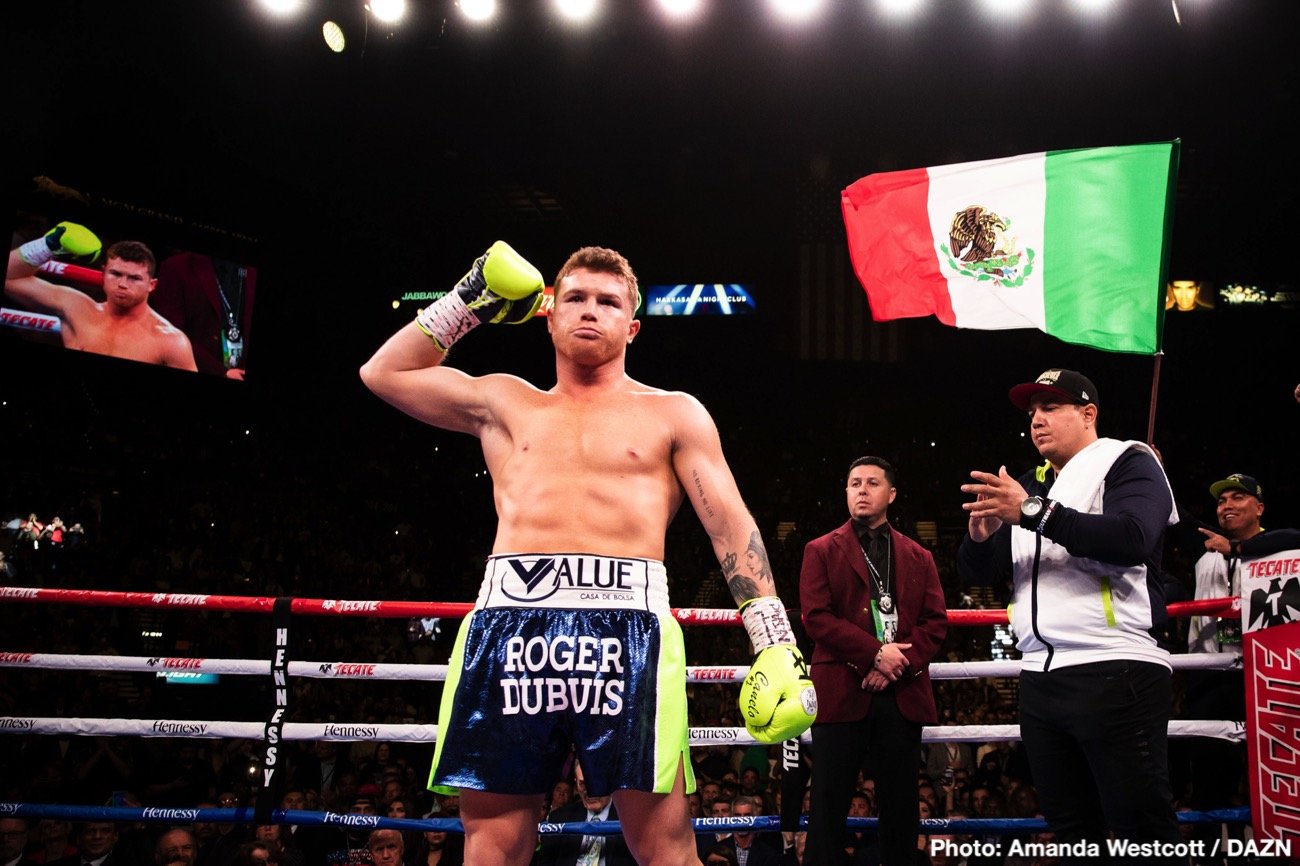 Golden Boy Promotions president Eric Gomez says Canelo Alvarez is interested in fighting in the U.K. so that he can win over a lot of new fans in that part of the world. He’s interested in facing Callum Smith, Billy Joe Saunders and John Ryder for him to achieve his brand in England.

Canelo will likely wait until later before he attempts to tackle the U.K. to become a star over there because the pandemic will make things challenging to stage a fight in front of a crowd.

Saunders ultimately pulled his name out of the hat due to him being unhappy with the purse offered by Golden Boy as well as the lack of time for him to lose all the weight that he packed on during the lockdown.

Canelo wants to expand his brand

“We’ve talked about it, and he obviously wants to expand his brand and his likeness, and I think that would be sensational if we could get something done in the U.K.,” said Gomez to Boxing Social when asked if Canelo Alvarez would be interested in fighting in the U.K. in the future.

“But we have talked about it. We’ve talked about going to Japan as well, and I think he wants to start to travel and fight outside the U.S. I think it’s going to create a bigger market for himself. 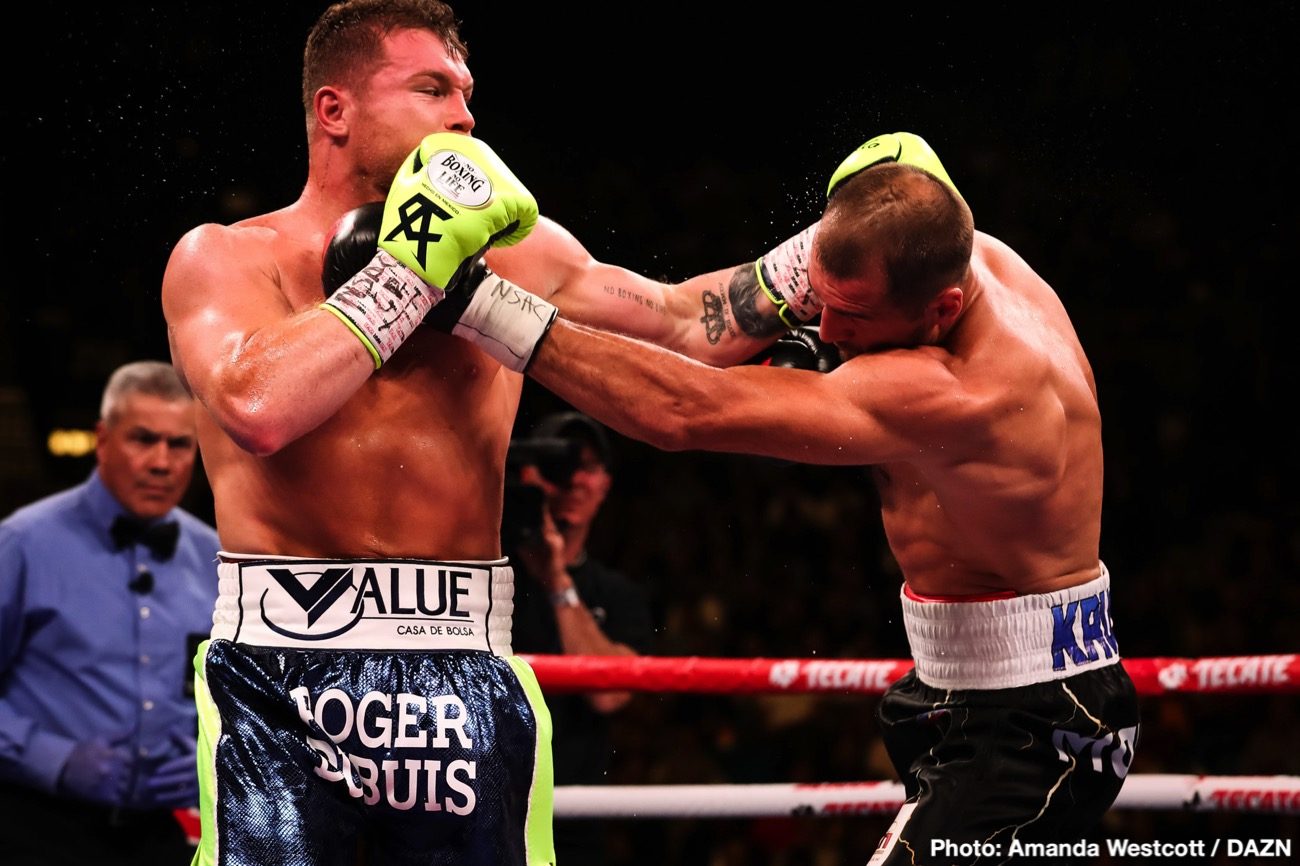 “We’re all for it. We never had a finalized deal,” said Gomez on the Canelo vs. Billy Joe Saunders fight that fell through. “We were discussing the possibility of going that fight, and then the pandemic hit, and we had to stop Everything.

“Everything came to a screeching halt. It’s unfortunate, but maybe it can happen in the future. We don’t know. I know Billy Joe has essentially said that he’s not going to fight for the rest of the year.

“Maybe I’m mistaken. I don’t know for sure. But if the fight can be made in the future, I think it would a terrific fight. Any or all of them. They’re all world-class fighters, and that’s the kind of fighter that Canelo wants to fight,” said Gomez.

If Canelo fights in Japan, he would be facing WBA ‘regular’ middleweight champion Ryota Murata, but it may not be at 160. Canelo has gotten so prominent in the last years with him bulking up to fight at 175, that he might not be able to make 160 any longer.

Winning over the U.K. won’t be easy for Canelo because he’s not going to accomplish that in the running over non-popular fighters like Saunders, Ryder, or Callum.

For Canelo to win over the U.K. fans, he would need to fight a lot of different Brits because there aren’t any famous or overly talented fighters at 160, 168 or 175.

The U.K. has talented fighters at heavyweight in Tyson Fury, Anthony Joshua, and Dillian Whyte. But unfortunately, the U.K. doesn’t have great fighters around the weight classes that Canelo fights at.

It’s too bad Canelo didn’t face Joe Calzaghe or Carl Froch before they both retired. That would have been the best way for Canelo to win a fan base in the U.K.

“He wants to fight world-class fighters,” said Gomez when asked who out of these three would be the most challenging opponent for Canelo: Callum Smith, John Ryder, and Billy Joe Saunders.

“Any and all of them would make a good match. They’ll be tough fights because they’re championship level fighters.

“It’s an adjustment, but we proved this last week that it can be handled the right way, taking all the precautions,” said Gomez on Canelo fighting behind closed doors.

“Making sure everybody is safe. It’s a transition. People adapt, so it’s possible. I think it’s the most challenging period of my life and everybody’s life. Nobody has ever lived through a pandemic, and you see what’s happening around you, and it’s been challenging.

“People can still operate and do things, and we just proved that, and I think that’s key. It gives people hope. People are at home, and they want entertainment, and what’s better than boxing in a controlled environment,” said Gomez.

If Canelo wants to fight world-class fighters, then he needs to focus on guys that can potentially beat him. He needs to stay away from raiding the crop of older fighters like we’ve been seeing him do many times over the years.

For example, Canelo didn’t need to the well past it 36-year-old Sergey Kovalev last November. Canelo could have fought Artur Beterbiev or Dmitry Bivol at light heavyweight, and he would have impressed a lot of people in facing those world-class talents.

Gomez says a lot of stuff about Canelo wanting only world-class opposition, but we’re not seeing him take on those guys. In another example of Canelo fighting less than the best. 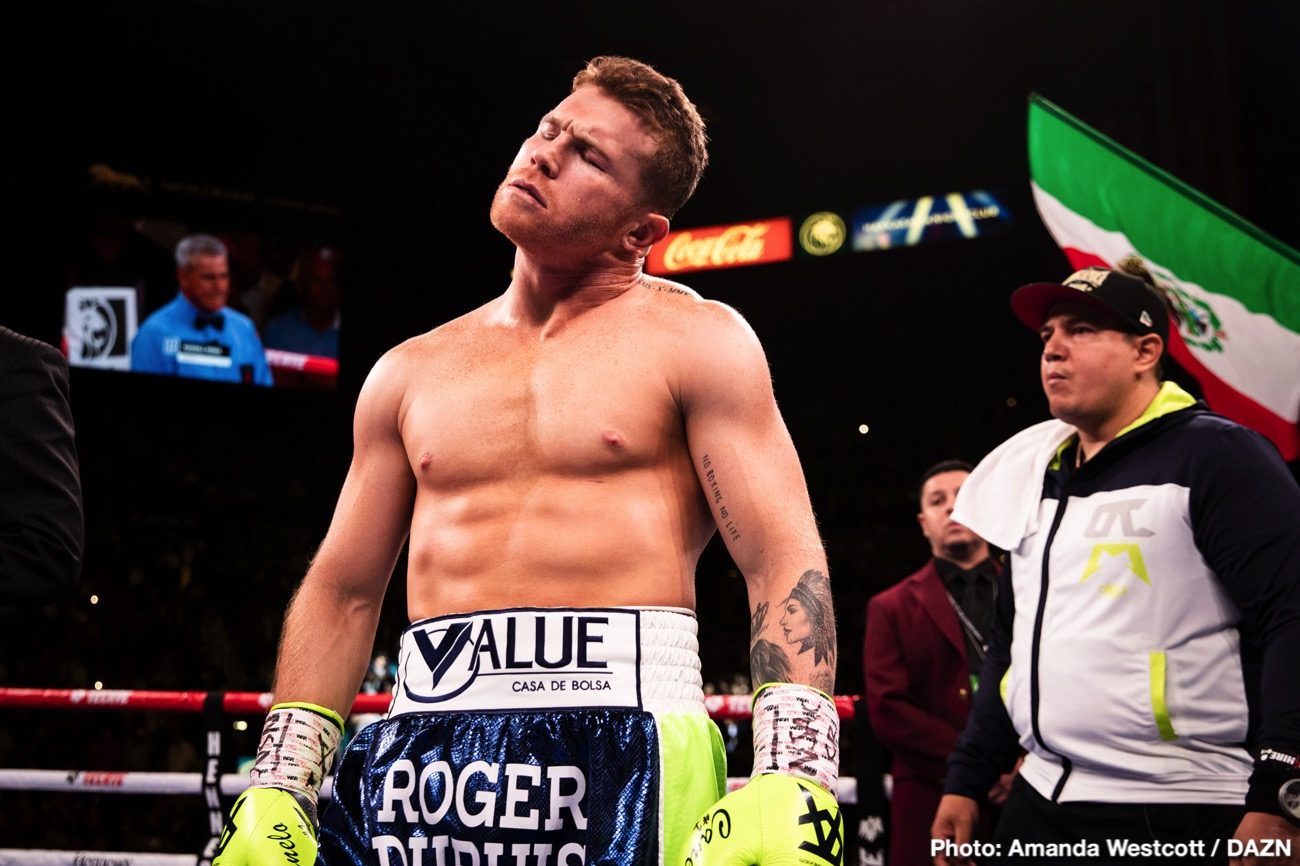 When he moved up to 168 to win a world title in that weight class, he fought Rocky Fielding instead of David Benavidez or Caleb Plant. Those two are considered the best at 168 nowadays. John Ryder has already exposed Callum Smith, and his star has poorly faded since.

It’s excellent that Gomez says Canelo wants to fight the best world-class opposition, but he’s not doing that yet. He’s been very, very careful with his opponent selection, and that’s the sad part because he’s now 30, and he may not last much longer.

Alvarez is an old-looking 30, and it wouldn’t be surprising if Canelo is washed up by the time he’s 33. Boxing fans might not see how faded he is due to the careful match-making that’s being done.

If Canelo wants to turn over a new leaf, he needs to take only the best for the remainder of his career. That means we should see Canelo only fighting these guys: