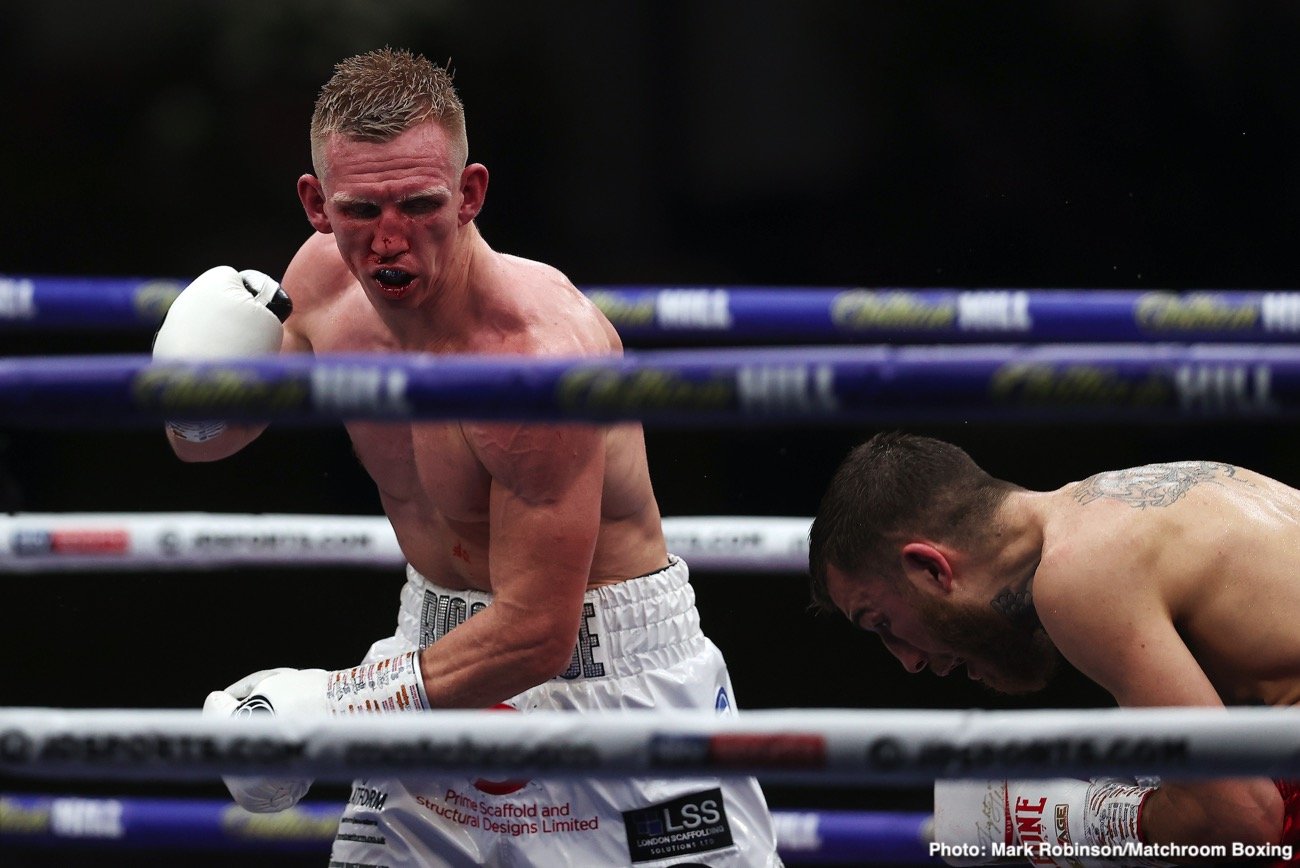 The fight was streamed on DAZN and shown on Sky. What a fight! Cheeseman-Eggington is easily the best fight for the year up to this point, and you’ve got to give them a ton of credit for giving it their all.

In the 12th round, Cheeseman and Egginton stood in the center of the ring, going toe-to-toe for the entire three-minute round. For Cheeseman to make it out of the round, it was a miracle because he was getting lit up by Eggington.

Boxing 247 had Eggington winning a close decision by a 115-114 score. He landed the harder shots and was the better fighter of the two in the second half of the contest.

You hate to second-guess the judges’ scorecards, but Cheeseman didn’t do enough to win the fight. If anything, you can call it a draw, but not a victory for Cheeseman.

He didn’t finish strong, and he looked like he was spent after the sixth round. It’s possible that the judges formed their opinion was going to win the fight based on Cheeseman’s fast start in the first half of the fight and then failed to see that Eggington was creeping back into it.

Anyway, I think I speak for everyone when I say there needs to be a rematch. The fight results were too controversial for there not to be a second fight.

The bout took place at the Matchroom Boxing Headquarters in Brentwood, Essex.

Cheeseman, 24, fought will in rounds one through six, but he then faltered in the second half from the fast pace that Eggington had set. In the end, Cheeseman just barely came out ahead in winning a razor-close 12 round decision.

“The fans won. I would love to see that again. Sometimes when you see Ted Cheeseman will take the world rankings spot, he might say, ‘I’ve done that and I’ll move on.’ But my God, if we could see that again the fans would be very happy.

“They’re babies in the game, and they’ve just given up a great fight after great fight, so huge respect for both. I’m not going to sleep tonight because I’m going to be buzzing all night, and next week we build-up again from Monday,” said Hearn.

The fight was so close that it would make sense for Matchroom promoter Eddie Hearn to arrange a rematch. As exciting as the fight was, there would be a lot of interest from boxing fans in seeing them run it back.

Eggington did a good job with his bodywork in the second half of the fight, and he was doing damage to Cheeseman. There were several times in the fight where Cheeseman looked like he was on the brink of going down, but he willed himself to stay upright.

But the judges failed to take this into account by giving Eggington the rounds. It’s possible that the judges were only focusing on headshots rather than what Eggington was doing with his hard body blows.