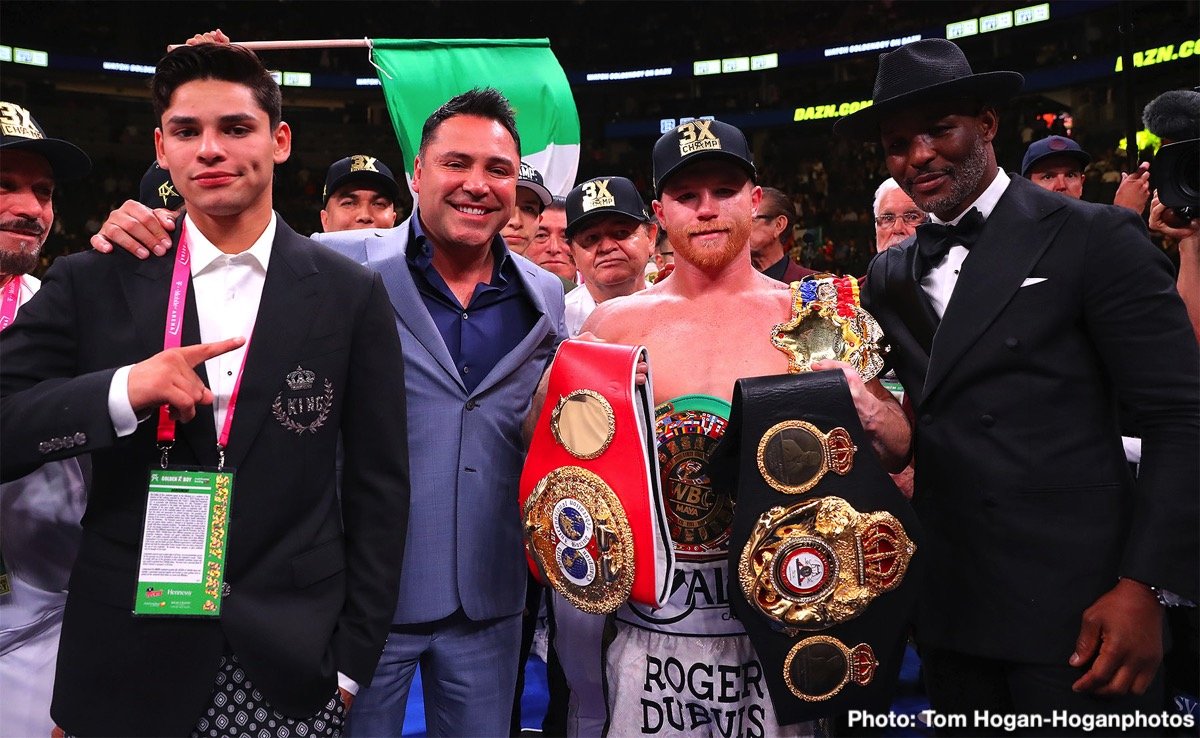 Saul Canelo Alvarez and WBO light heavyweight champion Sergey Kovalev are close to having a fight between them finalized this week for November 2 in … read more “Saul Alvarez vs. Sergey Kovalev close to being done for Nov.2” 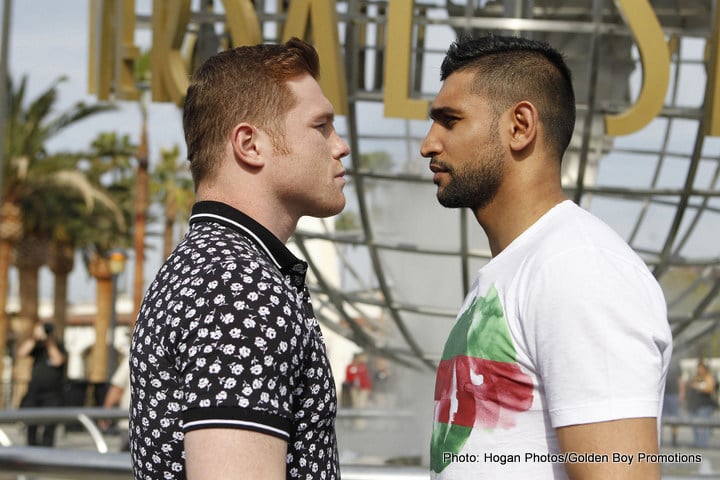 Let’s face it, many numbers of fight fans are likely to buy the May 7th Canelo Alvarez-Amir Khan fight; perhaps even close to a million fans in the U.S alone. The fight has, and is, attracting plenty of attention, opinion and excitement, and a smash hit is likely. But, in wanting to guarantee fans a spectacular show, Golden Boy are currently working on making the under-card one that will give value for money.

According to Dan Rafael of ESPN.com, there are a number of interesting possibilities for the card that will take place on Cinco de Mayo weekend. The most exciting possible match-up that could support the main event is a Luis Ortiz-Alexander Ustinov fight that would see Cuban southpaw Ortiz fulfil his WBA mandatory obligation to defend against the Russian giant. Rafael reports how talks are ongoing between Golden Boy and Frank Warren, who promotes Ustinov. 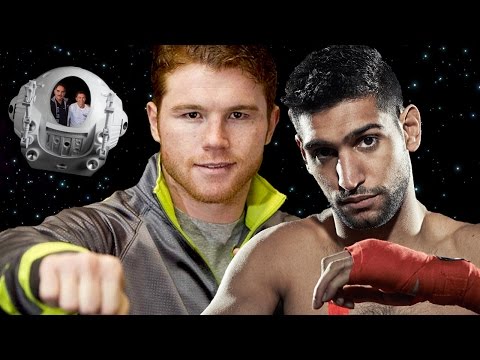 When news broke last week that Canelo Alvarez will defend his middleweight crown against Amir Khan this May, the boxing world was taken a bit by surprise. It was already known that Canelo would be defending his title some time in May, probably at a weight limit of 155 pounds. But of all the opponents he could have chosen, Amir Khan was probably the last boxer most fans would have expected. After all, Khan hasn’t had any signature victories at the welterweight limit of 147, and he never even competed at 154. Now he will be challenging Canelo for his lineal middleweight championship. 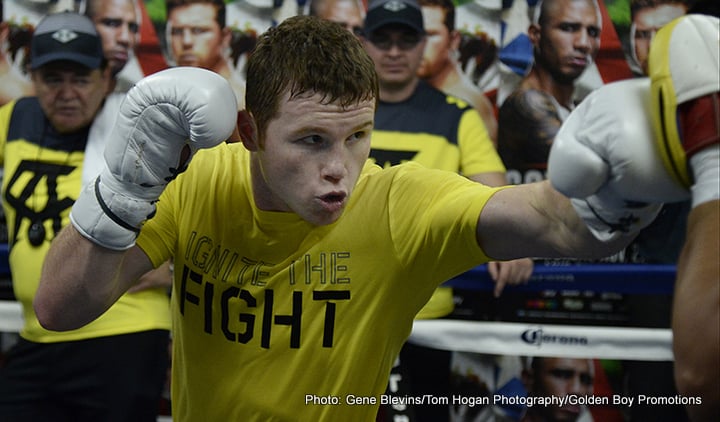 Veteran trainer/broadcaster, Teddy Atlas, has weighed in on the issue of ‘Canelo’ Alvarez insisting Gennady Golovkin must come to 155 for any future middleweight fight, suggesting that even if it’s technically wrong, the Mexican’s greater star power means he can essentially call the shots regardless.

Alvarez must first come past WBC champion, Miguel Cotto, in next month’s Mexico/Puerto Rico mega fight before any Golovkin fight is even considered, although should he do that and inherit the Kazakh WBA/IBF champion as his mandatory challenger, Atlas shares the opinion of many realists that in this money driven sport, Canelo’s proven box office record may well end up dictating the terms of any potential fight.

On November 21, 2015, Mandalay Bay in Las Vegas, Nevada, will be jam-packed with thousands of boxing fans. Pugilists, media, celebrities, and of course an avalanche of boxing enthusiasts will arrive at the arena to witness one of the more intriguing fights of the year thus far.

Many wouldn’t buy the possibility of Canelo facing Cotto this year, and when the news of ongoing negotiations surfaced, they were mostly dismissed as yet another misunderstood, overstated, optimistic myth. 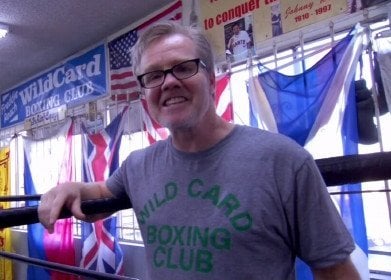 7x trainer of the year, Freddie Roach, has claimed that WBC middleweight champion Miguel Cotto will be in the shape of his life for his Nov. 21 fight with ‘Canelo’ Alvarez, not only questioning their Mexican opponents dedication but also predicting that the Puerto Rican star has enough in the tank to stop the younger Alvarez late on.

Roach, who claims he has reinvigorated the 34 year old veteran, was in confident mood ahead of the fight, insisting he has the correct game plan already set and that after they win the mega-clash they would happily fight Gennady Golovkin next, even though politics may dictate otherwise. 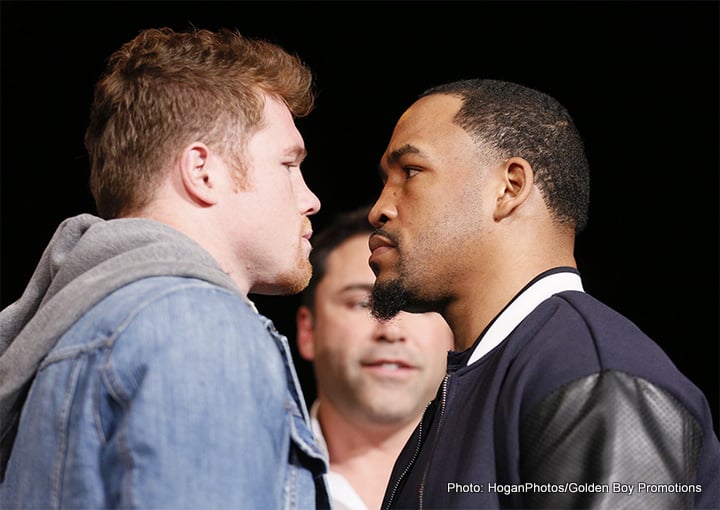 Two of boxing’s toughest warriors, Mexican superstar Canelo Alvarez and Texas titan James “Mandingo Warrior” Kirkland hosted press conferences on Tuesday, March 3 in Houston at Minute Maid Park and San Antonio at The Aztec Theater to announce details for their 12-round super welterweight showdown at Minute Maid Park in Houston on May 9. Oscar De La Hoya, Founder and President of Golden Boy Promotions, Curtis ‘50 Cent’ Jackson, Chairman and CEO of SMS Promotions, Mike Battah, President of Leija*Battah and Texas boxing legend and Founder of Leija*Battah Promotions, Jesse James Leija, were also in attendance to discuss the much anticipated clash of two of boxing’s toughest fighters. Golden Boy Promotions, in association with Canelo Promotions, SMS Promotions and Leija*Battah Promotions will bring fans an explosive night of boxing on Saturday, May 9. The event will be televised live on HBO World Championship Boxing ®.

The wait is over. Two of boxing’s toughest warriors, Mexican superstar Canelo Alvarez and the Texas titan James “Mandingo Warrior” Kirkland will clash in a 12-round super welterweight showdown at Minute Maid Park in Houston, Texas on Saturday, May 9, 2015. Golden Boy Promotions, in association with Canelo Promotions, SMS Promotions and Leija*Battah Promotions will bring fans an explosive night of boxing when these two exciting warriors finally meet in this much anticipated match-up which will be televised live on HBO World Championship Boxing beginning at 9:00 p.m. ET/PT.

On This Day: Roberto Duran Returns To The Ring For The First Time Since The “No Mas” Affair231 Total Shares
Ryan Garcia only wants Tank Davis for next fight, not Teofimo Lopez166 Total Shares
Deontay Wilder – Robert Helenius “Being Finalized For October 15”116 Total Shares
Why Does Tyson Fury Want To Beat Up On Derek Chisora Again?77 Total Shares
Tyson Fury’s Latest Retirement Looks Legit, As He Vacates Ring Magazine Belt74 Total Shares
A Wilder Vs. Joshua Fight Is “Enormous” Even If AJ Loses Usyk Rematch, Says Finkel62 Total Shares