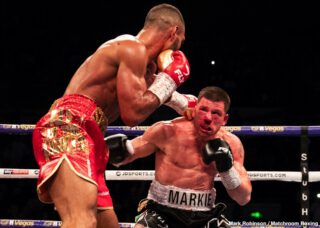 Kell Brook returned from a 14 month hiatus from the ring to stop Mark DeLuca in seven rounds at the FlyDSA Arena in Sheffield, live on Sky Sports in the UK and DAZN in the US.… read full article “RESULTS: Kell Brook annihilates Mark DeLuca” 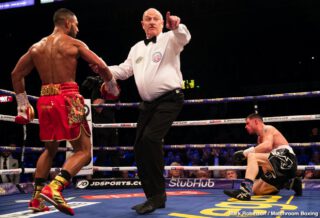 Kell Brook (39-2, 27 KOs) looked as good as new on Saturday night in returning from a 14 month layoff to crush his over-matched opponent Mark DeLuca (24-2, 13 KOs) in stopping him in the 7th round at the FlyDSA Arena in Sheffield, England.… read full article “Brook stops DeLuca – Sheffield Live Updates” 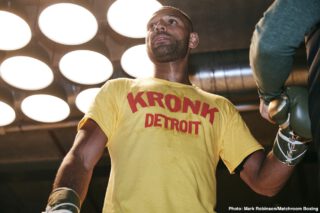 Kell Brook has admitted that nothing less than a “spectacular” win over Mark DeLuca at the FlyDSA Arena in Sheffield this Saturday will suffice as he looks to regain the attention of the World Champions at 147lbs and 154lbs after a lengthy hiatus from the ring.… read full article “Kell Brook targets “spectacular” win over DeLuca – Brook / DeLuca Live on DAZN” 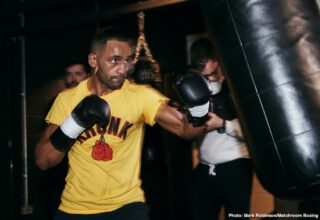 Kid Galahad says he has unfinished business with reigning IBF World Champion Josh Warrington ahead of his Final Eliminator clash with Claudio Marrero on the undercard of Kell Brook vs. Mark DeLuca at the FlyDSA Arena in Sheffield on Saturday February 8, shown live on Sky Sports in the UK and DAZN in the US.… read full article “Kid Galahad faces Claudio Marrero in final eliminator on Feb.8” 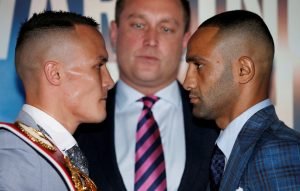 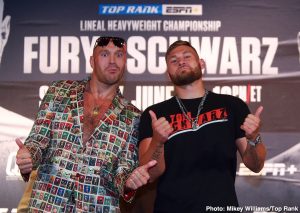 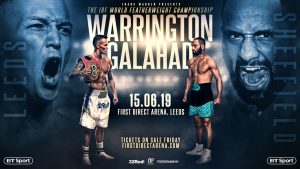 The featherweights are in action tomorrow night in Leeds, UK, as IBF 126 pound ruler Josh Warrington defends against bitter rival Kid Galahad. The two unbeaten fighters have had a whole lot to say to each other in the run-up to the fight and the bad blood does seem genuine.… read full article “Josh Warrington Tells Kid Galahad: Naseem Hamed Can’t Help You, You’ll Lose Like Naz Did To Barrera”

The talk has now been talked ahead of Saturday night’s IBF world featherweight title clash between the champion Josh Warrington and his mandatory challenger Kid Galahad at the FD Arena, live on BT Sport. 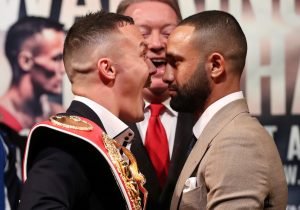 JOSH WARRINGTON HAS scoffed at suggestions that his appetite for success has diminished since his hugely successful 2018.

The IBF world featherweight champion returns to the ring at the FD Arena in Leeds on Saturday night to make a second defence of his title against mandatory challenger Kid Galahad, having won his belt and made a spectacular first defence against domestic rivals Lee Selby and Carl Frampton respectively last year.… read full article “Warrington Still Hungry For Success”

KID GALAHAD BELIEVES the mandatory order received by Josh Warrington to defend against him will have provided a ‘downer’ for the world champion and his team.

Having won and successfully defended his IBF world featherweight title in epic showdowns with Lee Selby and Carl Frampton last year, Warrington talked up his hopes of starting to unify the division as the key goal for 2019.… read full article “Kid Galahad says he’s a “downer” for Josh Warrington”