The hype surrounding big punching British heavyweight Anthony Joshua shows no signs of abating, with the debate and speculation surrounding his next potential opponent thriving across social media.

One name repeatedly linked to the knockout artist is Brixton heavyweight Dillian Whyte, who floored Joshua 6 years ago in their amateur days, en route to earning a scrappy points decision over four undisciplined rounds.

It was “The Villain’s” first amateur contest – and since that evening in 2009, the two men’s careers have gone in contrasting directions, yet now look set to come full circle later this year, possibly in September on Eddie Hearn’s O2 Arena show. 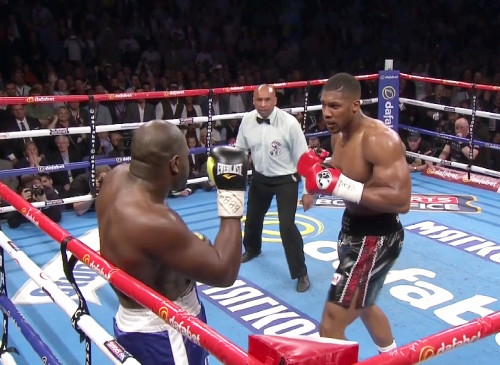