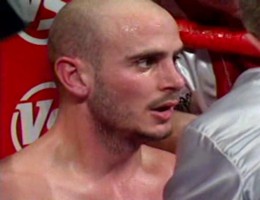 “Taylor/Pavlik is a classic middleweight showdown, a true throwback fight,” said DiBella. “The tickets are reasonably priced and are already in high demand with a significant casino presale. Any fight fan wanting to see this historic battle should act fast and purchase their tickets as soon as possible..”

“This is going to be a terrific fight, something that boxing really needs. The eyes of the sporting world will be watching these two great fighters in Atlantic City on Sept. 29,” said Bob Arum, CEO, Top Rank.

Taylor, the favorite son of Arkansas, has successfully defended his middleweight crown against legendary Bernard Hopkins, Winky Wright, Kassim Ouma, and Cory Spinks since first taking the title from Hopkins in 2005.

Taylor (27-0-1, 17 KO’s) has yet to taste defeat since turning professional in 2000. Pavlik, likewise undefeated, gets his first chance at a championship on the heels of a spectacular knockout victory over Edison Miranda. No. 1 rated by both the WBC and WBO, Youngstown, Ohio’s undefeated Pavlik is a bona fide knockout artist, registering 28 KO’s in 31 career triumphs as a professional.

Taylor first captured the undisputed middleweight championship against the legendary Bernard Hopkins on July 17, 2005 at the MGM Grand in Las Vegas, NV, with a 12 round split decision triumph, and defended the title for the first time against Hopkins on December 3, 2005 at Mandalay Bay in Vegas with a unanimous decision victory. Taylor has since defended his title twice in 2006, first in Memphis in a controversial draw against Winky Wright on June 9, and last December 9 defeating former champion Kassim Ouma in Little Rock. Cory Spinks was next on the Taylor checklist, and Jermain was up to the challenge once again with a unanimous decision triumph in Memphis on May 19.

Previous post: Wladimir Klitschko: THE ASTERISK CHAMPION OF THE WORLD