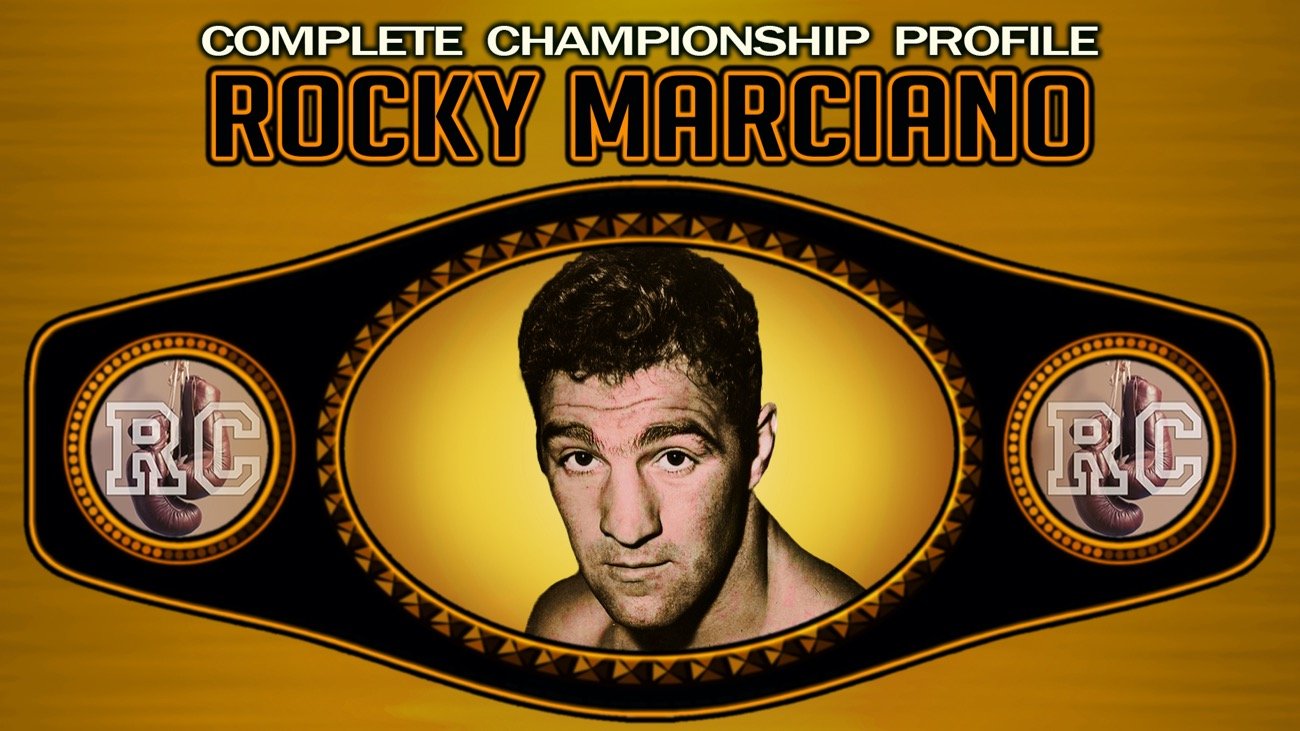 The great Rocky Marciano scored a number of first-round knockouts during his perfect pro career – 11 in fact. Yet “The Rock” only scored one first-round KO win as world heavyweight champion. It was on this day back in 1953 when Marciano again met the man he had beaten in a savage battle to become world champion. This time, however, Jersey Joe Walcott had nothing like the combination of cunning, guile and toughness he’d had at his disposal in September of 1952.

The return meeting between Marciano and Walcott proved to be the biggest letdown of Rocky’s entire career. With fan interest incredibly high, the first war between Marciano and Walcott having been just that, a thrilling war, over 13,000 piled into the Chicago Stadium. But these fans, expecting another terrific, give and take encounter, were to be terribly disappointed.

Having won the world title with his heroic effort eight months earlier, the rematch told the full story as far as how much Marciano really had taken out of the nearly 40-year-old Walcott. It turned out that Jersey Joe had given all he had left that September night when he’d lost his cherished world crown, this after putting Rocky through hell over 12 hard rounds. May 15 in ’53 saw Marciano, an immensely tough warrior who never had anything easy, actually have an easy fight.

Walcott, tentative and arguably gun-shy, did virtually nothing in the opening couple of minutes of the first round. Marciano was quiet himself, pressing forward but throwing punches relatively sparingly, at least compared to his other fights. Then, with around a minute to go, Walcott threw a jab and was countered by a Marciano left hook and a right uppercut to the chin. Walcott fell, his feet flying up as he hit down, and then the former champ, in a sitting position, seemingly listening carefully to the count of the referee, remained where he was until the count hit ten.

Then springing upright and glaring at the ref, Walcott made all the right moves and noises a fighter who had been given a quick count would have a right to make. Only Walcott had been given a fair count; his desire in terms of beating it the only thing questionable. Walcott would later say he had blacked out at some point during the count. The boos that greeted Walcott’s loss, not Marciano’s win, were deafening. Walcott never fought again.

It turned out that the famous and celebrated KO Marciano leveled Walcott with courtesy of his “Suzie Q” in fight-one had done enough damage for Rocky to pick up a second win over Jersey Joe. Sometimes it’s a bad idea going straight back in with a guy who knocked you out in the previous fight. And Marciano was great in return fights, taking care of not only Walcott but also Roland La Starza and Ezzard Charles far quicker and more impressively the second time around.