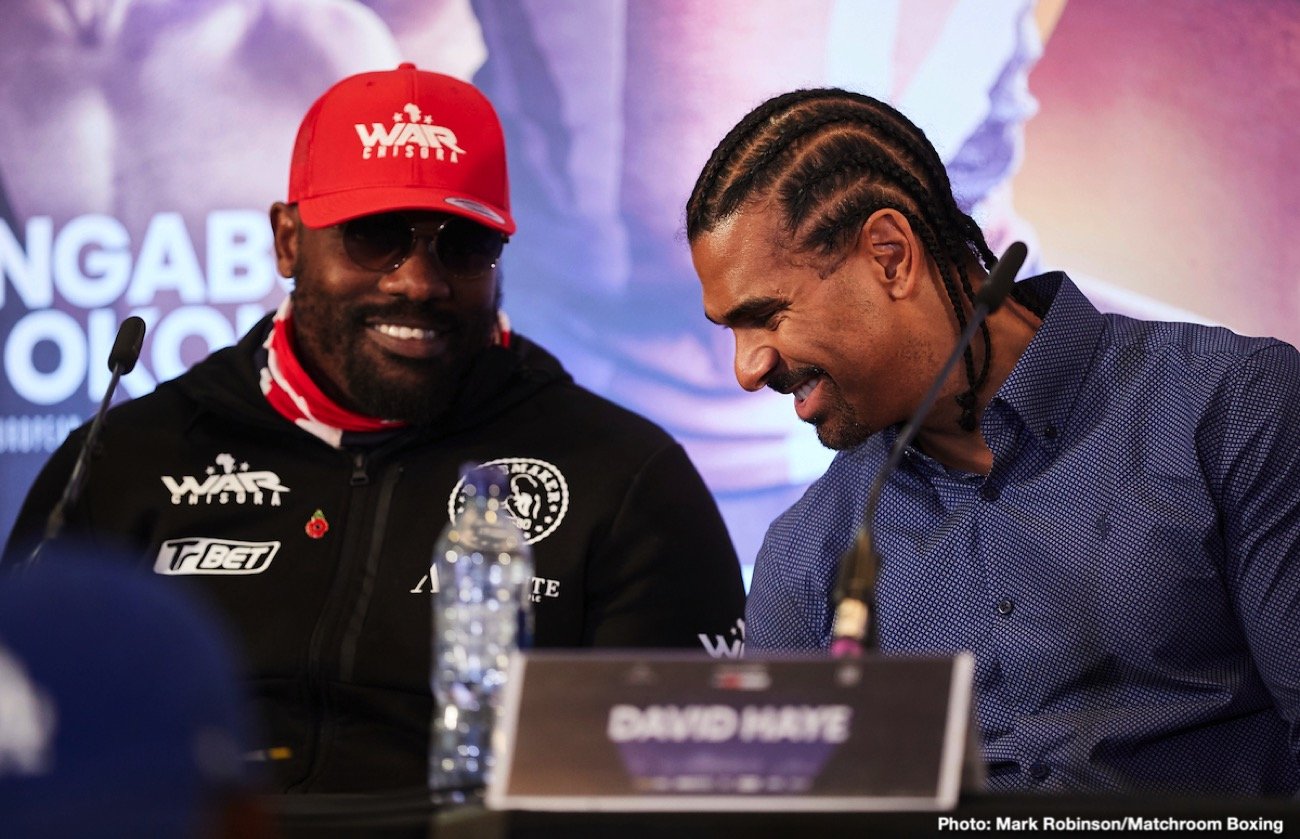 Former heavyweight and cruiserweight champ David Haye was a guest on the BBC podcast “Greatest Fights,” with Steve Bunce and Mike Costello, and Haye listed his top-five greatest heavyweights from history. The subject of Mike Tyson came up (of course it did; Tyson hot news right now due to his ‘will he, won’t he’ comeback) and though Haye places Tyson in the top-10 best ever heavyweights, he explained why he does not put Tyson in his top-five.

Haye spoke about Tyson being a great “on top fighter,” a fighter who never showed the ability to overcome adversity and dig deep enough to be able to come back to win when in trouble in a fight.

Agree with this list or not? Ali is, of course, most people’s pick for the top spot. Lewis at number-two might raise some eyebrows. Also, Haye doesn’t go too far back in time, with no Joe Louis, no Jack Johnson, and no Jack Dempsey. But, hey, it’s Haye’ list. Now, to Tyson. Here’s the shortcomings Haye says Tyson had, hence Mike’s no-show in his top-five:

“How many fights has he had where he was behind on points, where he got put down, hurt, and came back? That’s the question,” Haye said of Tyson. “I haven’t seen him get through many problems, ever. There was never a Tyson fight that I remember where Tyson was having problems and brought it back around – the moment he started to lose, or it got tough, it went the other way. Many fighters have had tough fights where they’ve been on the brink of losing and found away. I haven’t seen that with Tyson. I find it hard to say someone is in the top five of all time if they have never had a fight which they were losing to come back to win.”

Some great points from Haye, and tough to disagree with. Bottom line, as Haye pointed out; if Tyson didn’t get the KO win, or the wide points win, his opponent intimidated, he lost. Tyson was special for a while, but he was, as Haye suggests, a front runner, an on-top fighter more than anything.