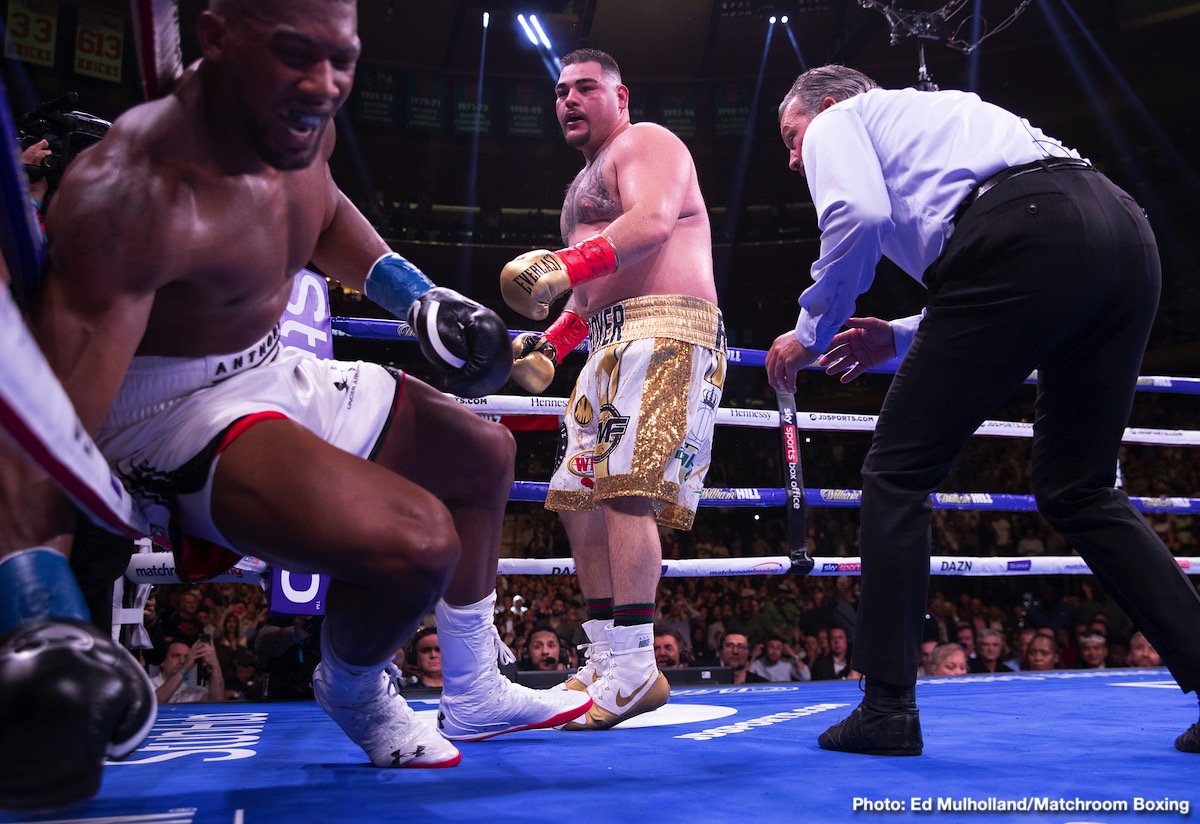 Manny Robles, the former trainer of Andy Ruiz Jnr and as yet the only person to mastermind a defeat of Anthony Joshua, has revealed:

– Where to attack AJ and what his vulnerability is
– How he guided a “broke” and “homeless” Ruiz to a world title, only to be sacked
– How they “lost control” of Ruiz before second AJ showdown

Robles, speaking to Marc Gatford via the MyBettingSites.co.uk blog, said:

“You saw that in the Povetkin fight who landed the right hand. Most fighters that have been able to hurt Joshua – it’s been the right hand. If you don’t work on keeping that left hand up, or getting away from the right hand, the same thing is going to continue to happen.

“Got to work on that defence. Joshua is a great fighter, a great person but he’s vulnerable too, he’s human. He’s not perfect, he makes mistakes. And we capitalized on those mistakes in June 2019.

“Pulev is not a walk in a park, he’s an experienced fighter. He is definitely the type of fighter that gives Joshua a run for his money. Pulev doesn’t have the quickness Andy has, but if they study him, break him down, and come up with a good game plan he could be effective.”

“Andy just came back from a loss, his first loss. They came and talked to me and I took him under my wing. He was going through a lot of ups and downs; he wasn’t fighting, he wasn’t making any money and he was pretty much broke.

“I didn’t want to lose him to the streets or him to quit boxing, so I had to find a way to keep him in LA, to put a roof over his head – and I did just that. I found him a place to stay, food, everything that a fighter would need to stay focused.

“We managed to keep him here and little by little his luck started changing for the better. Things started to fall into place. He got his opportunity to fight Joshua and everyone knows the story.

“It wasn’t luck; he was ready, he was prepared, he was focused, he was hungry. And then the moment he won the world title everything changed.”

“I had to put up with a lot, I had to endure a lot, it wasn’t fun. I did the best I could to get him to focus on the fight and keep him disciplined but unfortunately his mind was somewhere else.

“It didn’t make me feel good at all. You are world champion, man, you’re not a kid anymore. He was world champion: WBA, WBO, IBF, what more could you want? There’s your motivation right there.

“He says he wasn’t motivated – you’re already a world champion, you’re rich, you’ve got money in the bank now. What motivation do you want now? You’re not homeless anymore. You buy yourself a mansion and you’re telling me you’re not motivated? You’re kidding me?

“Unfortunately the dad had a lot to do with the situation ending. We lost control of Andy, so the dad decided to blame this on me. He said I’m not doing my job, but I am not his dad. You’re his dad, you control him. If you can’t control your own son, how do you expect me to control the guy?

“Andy admitted after the fight he f****d up. He said he didn’t train properly and takes the blame’ – as he should. After that I don’t know what happened, he’s acting like he won the damn fight.

“I did the best I could under the circumstances, I showed up everyday. I decided to take the camp to Mexico to get him away from his new friends. I never saw these guys before he won the title, I never saw them, never knew who they were.

“I don’t know where they were when Andy didn’t have a roof over his head. I have no idea where they were then. They weren’t around when I said to Andy ‘move into my place, let me help you’.”

Original interview came via the MyBettingSites.co.uk blog, where you can find all the latest sporting insight and tips