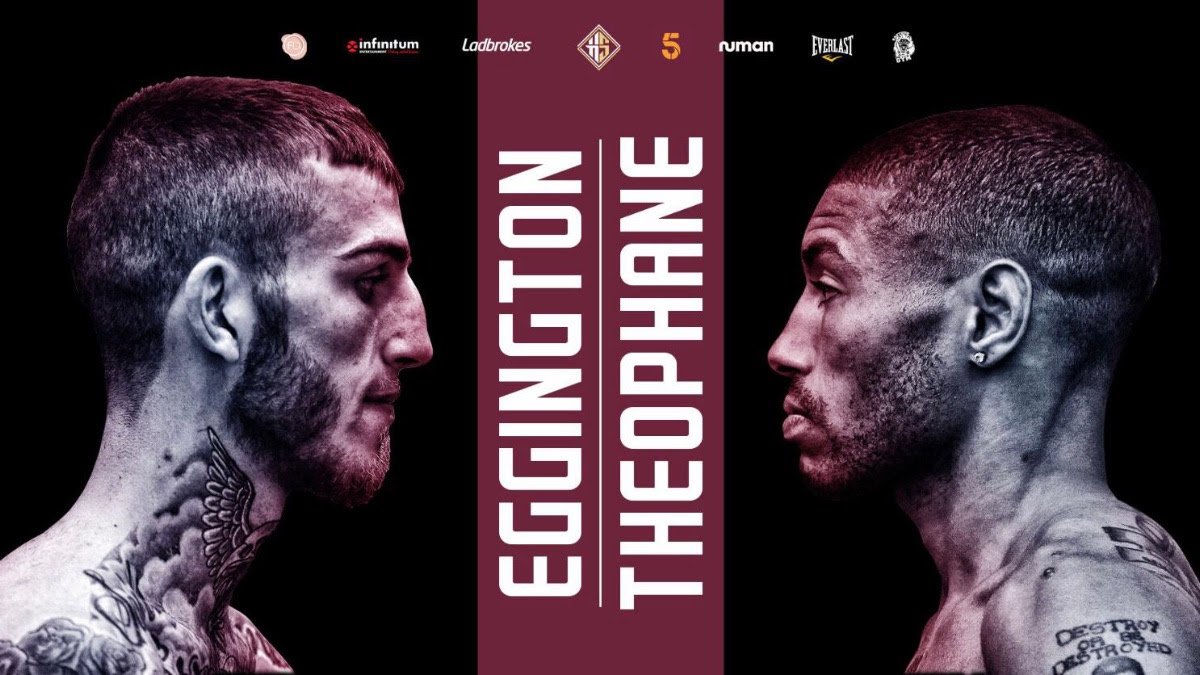 Eastenders bad boy Jake Wood might be preparing for life away from Albert Square, but he’s found another square to enter – the squared circle!

Whilst his character Max Branning is involved in a tense Christmas storyline in the soap, Wood found time to make his debut as the Hennessy Sports press conference host between Sam Eggington and Ashley Theophane who collide this Friday night in Redditch in their own eagerly awaited domestic dust up.

Wood, a big boxing fan and host of the hugely popular boxing podcast Pound For Pound, fronted the press conference for Seconds Out YouTube channel admirably in his debut as he pushed and probed both combatants ahead of the fight for their options and verdicts.

Albert Square has seen a few epic scraps over the years, but the Eggington-Theophane showdown is set to be more explosive than any storyline in the soap. Eggington, the tough and hungry young Birmingham warrior, is looking to bump off Theophane, the flash and experienced London veteran, and advance towards a World title shot, for the loser it will be a painful and dramatic show exit.

Jimmy Kelly Jr: "I would love to fight Eubank Jr or Demetrius Andrade"

EGGINGTON AND THEOPHANE ARRIVE AT FIGHT HOTEL FOR COVID-19 TESTS

London, UK (9 December 2020) Sam Eggington and Ashley Theophane and their respective teams arrived today at the fight hotel in Redditch for their mandatory COVID-19 test before heading to their rooms to quarantine and await the results ahead of their super-welterweight showdown on Friday night.

Hennessy Sports appointed the world leading genetics testing and digital health testing company Prenetics to undertake the integrated testing. Prenetics have successfully provided their services to the Premier League’s ‘Project Restart’ and The England and Wales Cricket Board.

The fierce clash between Birmingham’s Eggington and London Theophane

takes place this Friday night behind closed doors at the Fly By Nite TV studio in Redditch, exclusively live on free-to-air Channel 5 across the UK.

Other boxers featuring on the undercard Kaiser Benjamin, Ben Fields, Stephen and Aaron McKenna, Michael Hennessy Jr., Idris Virgo and Tommy Welch and their opponents also took the mandatory test before quarantining in their hotel rooms.

Watch all the big fight drama unfold this Friday night live on free-to-air Channel 5 in the UK from 10pm.

Sam ‘The Savage’ Eggington Ready For War Against Ashley Theophane

However, five years on, this industrial tough, crowd-pleasing, pressure fighter is still to debut on the world stage. Twice he has squandered lofty world rankings after opting to operate up at 154lbs. In September 2018, with an eliminator with Brandon Rios in the offing, ‘The Savage’ was overwhelmed in just over four minutes in his home city by Tanzania’s Hassan Mwakinyo in a huge upset.

And last time out, having redeemed himself with an audacious second-round KO of 31-2 Orlando Fiordigiglio in Florence, Italy, the Smethwick-born father of three conceded his number five listing with the IBF when narrowly nudged out by south Londoner Ted Cheeseman over 12 in a brutal Fight of the Year contender.

‘It would be very sad if I retired without fighting for a world title, having won the European so young,’ says the softly spoken 28-year-old ex-Young Boxer of the Year (2017) who boasts 28 (17)-7 stats.

‘I’ve never really had a plan. I just play it by ear, If the phone rings and it’s a decent opportunity, I always say ‘Yes’.

‘I’d happily fight any of the three current champions (US Charlo twins Jermell and Jermall plus Brazil’s Patrick Teixeira), I’m not picky and half the intrigue would be traveling overseas to make a challenge. Winning abroad would just make the achievement taste even better.’

Trained and managed by Midlands fight face Jon Pegg, Eggington emphatically passed a test of temperament when leveling world-rated Fiordigiglio for the full count in Tuscany 14 months ago.

He recalls: ‘Italy was a weird one. It happened in the blink of an eye; flew their Wednesday, weighed-in Thursday, fought Friday, flew back first flight Saturday morning. But had I not gambled, and upset the applecart, it’d have been a long road back.’

Warrior to the core, smasher Sam has never been one to shirk a fighting challenge so few were surprised when he gambled his IBF ranking and International belt against the ever-dangerous Cheeseman.

‘My only regret is the decision. It left a bad taste. The fight went great. I boxed well and I thought I won. I’m not one to moan. I’m always happy to concede if a better man beats me on the night,’ says Sam who joined the profession aged just 18 after being made redundant as a forklift driver.

‘People say it was a fight of two halves but I clearly won two of the first six rounds and at least four or five of the last six.

‘If Ted wins his title shot, I’d love a chance at another British title. In my mind, I’ve beaten him once already and I’ll beat him even better if we do it again.’

To force that fight and edge ever closer to the elusive world title crack, the fighter renowned for his raking right hands and incessant body assaults will need to triumph in style against Paddington’s Ashley Theophane – a 40-year-old who’s already made it into a world title ring – at the Fly By Nite TV production studio in Redditch on Friday 11th December, live on free-to-air Channel 5. Commendably, the time-proven pugilists are content to debate supremacy in the ring on fight night without the need for pre-fight pretense.

‘If running their mouth makes them feel better, crack on. To me, it’s water off a duck’s back. Slag me off or shake my hand beforehand, you’re still getting bashed up. It’s my job,’ explains Eggington.

‘Me and Ash is a great fight that’ll be eagerly watched on both sides of The Pond (Atlantic).

‘Covid is new to everybody. I suppose it’s a minor advantage, having already fought under these conditions but Ashley’s been through the game. It really shouldn’t matter.

‘Like every opponent I face, I’ve honestly never seen Ashley fight, spar, throw a single punch. All opponents look great on the Internet so I never bother. I’ll just go off what my coaches tell me.’

Now into his 29th year, ‘The Savage’ knows there can be no more slips if he is to scale the sport’s summit. He predicts victory will be early and emphatic.

‘I’m told Theophane isn’t a super mover but boxes well – decent jab and left hook. He’s been around the block so, early on, I expect it’ll be cagey with him trying to box. But we’ll have to ‘get at it’ at some stage, and when that happens, I’ll have him out of there,’ warns Eggington who has previously halted top talents such as Johnny Garton (round two), Denton Vassell, Frankie Gavin, Paulie Malignaggi (all-round eight) and Ceferino Rodriguez (round 10).

‘I badly need this win. With Ash starting out at light-welter, I expect to be naturally bigger, stronger. He’ll not last against my pressure at his age.’