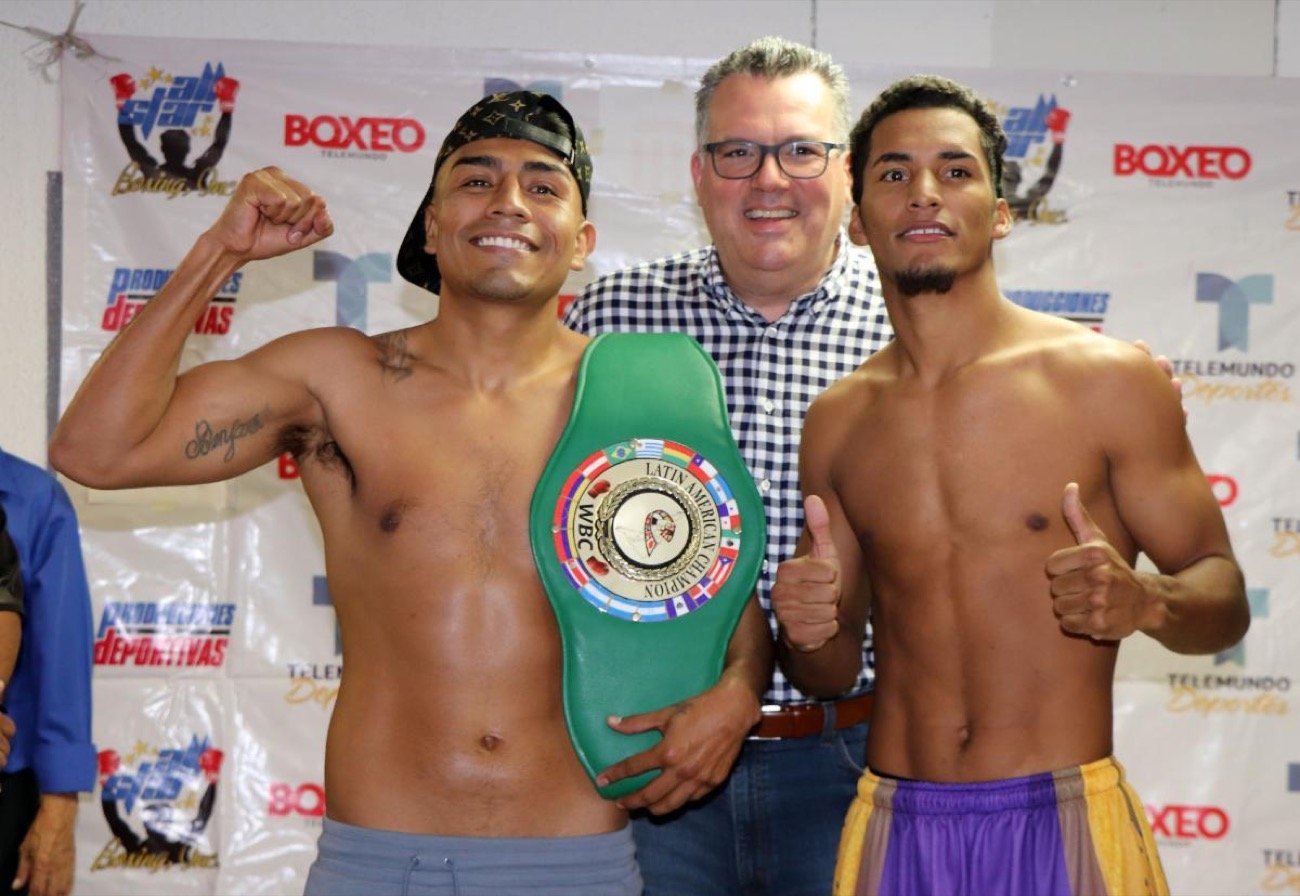 Mauricio “Trompas” Pintor has had a busy year leading up to the biggest fight of his career, in March he outpointed Deigo Cruz over 10 rounds to pick up his WBC Latin belt on Telemundo. He later reappeared in the summer series, blasting out late sub Miguel Angel Martinez in 2 rounds. Pintor, the nephew of Hall Of Famer Lupe Pintor, has high hopes that a win on Friday night will earn him a spot in the rankings and a step closer to a title shot.

John Karl Sosa, 27,of Caguas, Puerto Rico was a stellar amateur before going pro in 2012. Carrying the momentum into the paid ranks, in 2014, Sosa was recognized by the WBO as one of the best prospects of Puerto Rico. John Karl started his career 13-0 before getting his first taste of defeat, losing to Alan Sanchez in Las Vegas, NV. Never being one to shy away from a challenge, Sosa took on Eddie Gomez and Rashid Ellis back to back, losing two close spirited decisions in his efforts to prove he belongs at the top. After some time off to rethink his career, Sosa bounced back with a knockout win this past May and is motivated to get back in the mix and win his first regional belt this Friday.

The Co-main event of the night will feature a pair a Mexico City Lightweights, Jorge Anhuar Batalla(6-2) will square off against crosstown rival Pedro Ivan Bernal(5-1) over 8 rounds.

Tickets available on Ticketmaster.com.mx or visiting the box office at Blackberry Auditorium