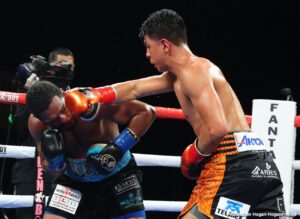 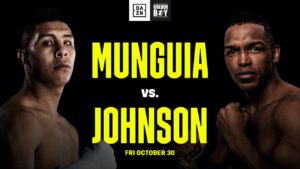 Golden Boy is delighted to present two highly competitive matchups featuring some of its best in-house talent on the stacked undercard of Munguia vs. Johnson. In the co-main event, Rashidi “Speedy” Ellis (22-0, 14 KOs) will face Alexis “Lex” Rocha (16-0, 10 KOs) in a 10-round bout for the vacant WBC International Silver Welterweight Title.… read full article “Golden Boy To Match Up Its Brightest Talent On Munguia Vs. Johnson Undercard” 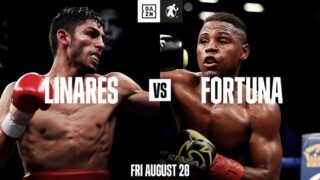 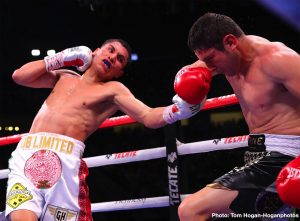 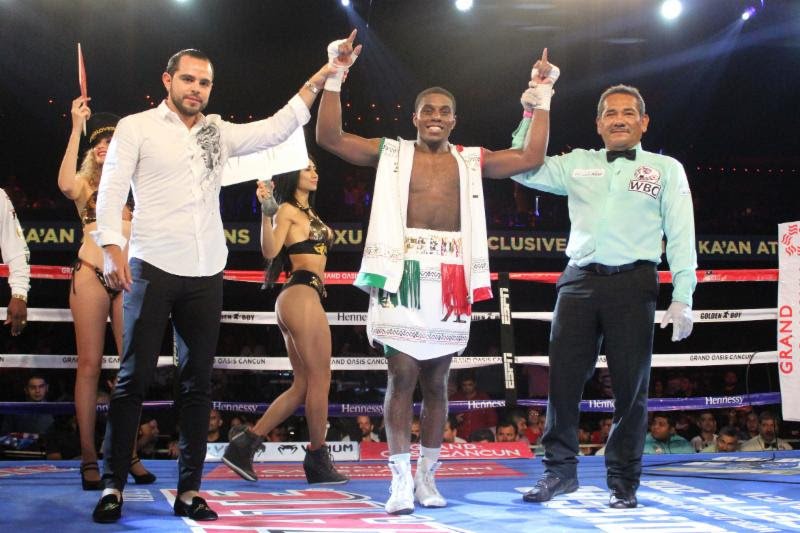 Former amateur star, ‘Speedy’ Rashidi Ellis ( 13-0, 10 KO’s ) from Lynn, Massachusetts will return to the ring this Saturday, March 14th at the Roger L. Mendoza Coliseum in Caguas, Puerto Rico. His opponent will be Colombian, Victor Gonzalez ( 12-9, 11 KO’s ) in a 8-round bout, schedule for the vacants WBA FedeCaribe, and WBC Latino welterweight titles.

Welterweight prospect,’Speedy’ Rashidi Ellis ( 9-0, 7 KO’s ) from Lynn, Massachusetts was formed under the guidance of Puerto Rican trainer, Alex Rivera at the Somerville Boxing Club. Ellis managed to win several amateur titles, and at one point of his career, he was ranked number one in the United States at the 152 weight division. The up and coming orthodox welterweight pugilist, “Speedy” Rashidi Ellis is one of the best prospects to come out of New England in the last couple of years and his outstanding amateur success has him poised to accomplish significant achievements in the near future.

“I`ll be a world champion in a couple of years because I`m extremely confident in all my skills especially my speed and defense which is good enough to compete with anyone and with additional fights, I`m only going to get better,“ said Ellis.

Ellis is getting a great deal of publicity due to his stellar amateur success. He recorded an impressive 60-11 record against really good competition. This year, he won a Silver Medal at the Independent Cup in the Dominican Republic, losing a close bout to Cuba`s Roniel Iglesias, a gold medalist in the 2012 Summer Olympics.