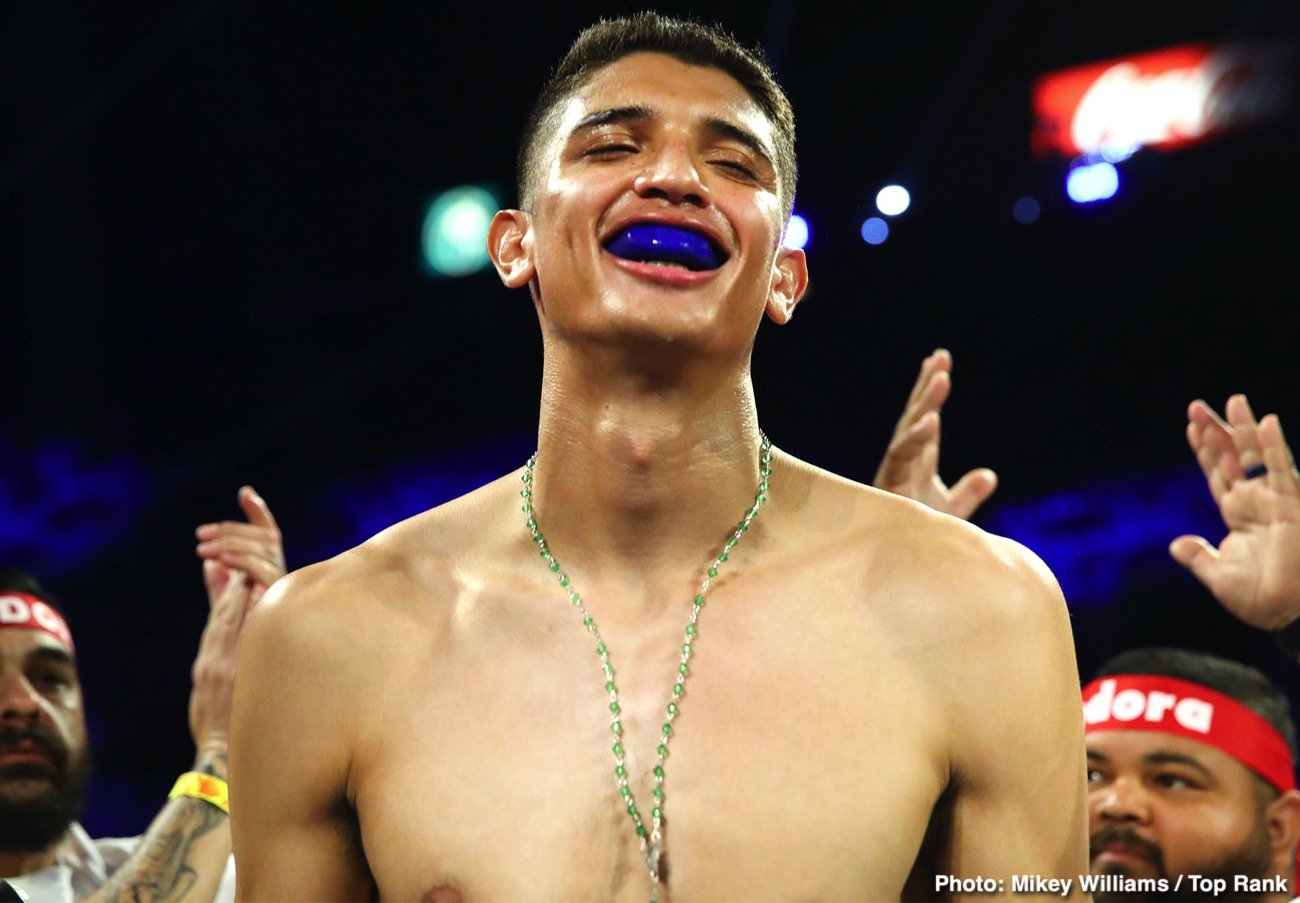 Unbeaten super welterweight sensation Sebastian “The Towering Inferno” Fundora claims no ill-effects from the COVID-19 pandemic on his normal training camp as he prepares to take on Nathaniel Gallimore in the co-main event of FOX PBC Fight Night and on FOX Deportes this Saturday, August 22 from Microsoft Theater in Los Angeles.

“Every camp we essentially quarantine ourselves, so this isn’t much different,” said Fundora. “This training camp is very similar to any other. We do a lot of running, training, eating and sleeping. We just stick to things that we don’t really need to go out for.”

Fundora returns to the ring after keeping his unbeaten record intact in February by defeating then undefeated Daniel Lewis on the PPV undercard of the Wilder vs. Fury rematch. As is his usual routine, Fundora returned to the gym almost immediately after.

“It’s always been business for me,” said Fundora. “So I really haven’t taken any time off. I’ve been working out ever since my last fight in February. I’m just approaching this like a professional and planning to take full advantage of another opportunity that I’m given.”

Towering at nearly six-feet six-inches, Fundora has at times used his considerable reach and height to his advantage, while at other times he has chosen to fight on the inside and turn fights into phone booth brawls. For the talented 22-year-old, he’ll measure out his opponent in Gallimore and take the strategy from there.

“The way I fight depends on the specific fight and who’s in front of me,” said Fundora. “I like to use different tools for different fighters. I don’t know too much about Gallimore. I haven’t watched very much of him before, so I’m just going to take it moment by moment and make the proper adjustments along the way.”

In Gallimore, Fundora will be tested by an opponent who has proven to be a tough contender on the elite level, having faced the likes of Julian Williams and Erickson Lubin, while also owning a victory over unified 154-pound champion Jeison Rosario. Although this will be just his 16th pro fight, Fundora plans to be prepared when his world title opportunity arrives. His promoter Sampson Lewkowicz, for one, sees this matchup as another step toward becoming the “king” of 154-pounds.

“Sebastian Fundora is a giant in the division and soon he will also be a king,” said Lewkowicz. “He will be in fantastic shape on Saturday and ready for another towering performance against Gallimore.”

“As soon as my team tells me it’s time, we’ll be ready,” said Fundora. “As a fighter, I’m always ready. We’re looking to make a statement with every fight and put on a great performance for the fans. This Saturday night will be no different.”

Unbeaten Super Welterweight Sebastian “The Towering Inferno” Fundora will be donning some very special trunks to honor the fallen when he takes on Nathaniel Gallimore this Saturday night, August 22, live on FOX PBC Fight Night and on FOX Deportes (8 p.m. ET/5 p.m. PT) at the Microsoft Theater in Los Angeles.

The custom-made trunks, adorned with red roses, will be Fundora’s tribute to all the fallen people worldwide who have succumbed to COVID-19.

22-year-old Fundora, who speaks to young students about fighting for your dreams in his adopted hometown of Coachella, California, in his spare time, says the trunks are a small gesture of remembrance.

“I think we all need to fight on the same team to defeat this thing,” continued Fundora. “We’ve been on the ropes, but humanity will never lose in the end.”

“I’m so proud of Sebastian,” said his promoter Sampson Lewkowicz. “In every fight, Sebastian finds a way to dedicate his fights to a good cause or a good person. Last time, he dedicated his fight to Steve Irwin, The Crocodile Hunter. People from Australia sent him messages about how much they loved it. Sebastian is a great fighter and future champion, but he’s also a good man.”

ABOUT PORTER VS. FORMELLA

The Porter vs. Formella event will be promoted by TGB Promotions and Shawn Porter Promotions and will take place without fans in attendance at the Microsoft Theater, an AEG venue, in downtown Los Angeles.